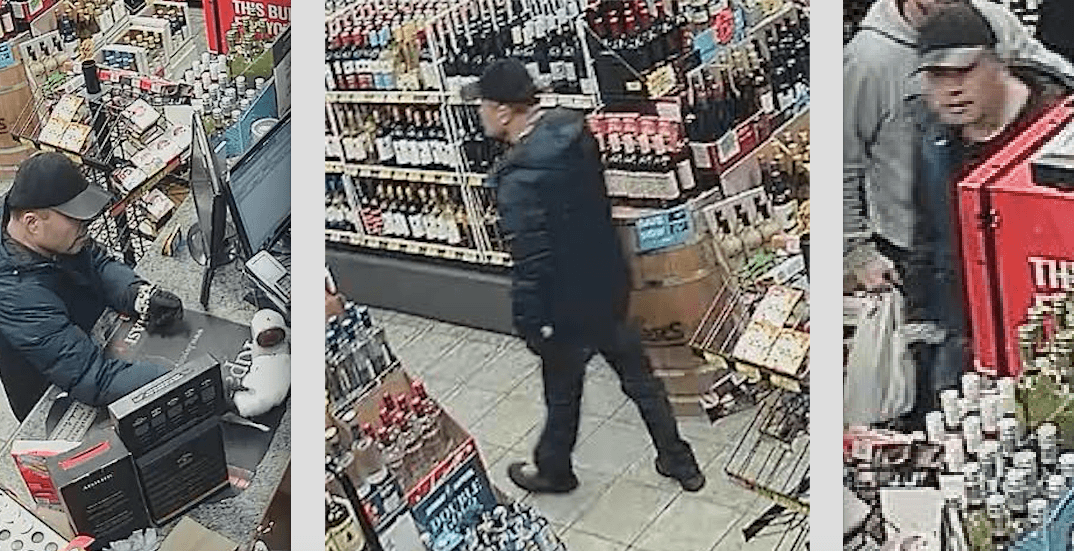 The suspect who robbed four Calgary businesses over the weekend. (Calgary Police Service)

Police are on the look out for a man who robbed four Calgary businesses over the course of two and a half hours.

According to a release from the Calgary Police Service, a man wielding a knife entered The Big Cheese Poutinerie, Domino’s Pizza, and two liquor stores on Saturday night, threatening store employees and stealing cash from their registers.

The store locations are spread out across the city, ranging from the Liquor Depot at 22 Midlake Boulevard SE to Dave’s Liquor at 1540 16th Avenue NW.

“The suspect is described as a man of Asian descent, in his mid 30s and approximately 5’6” tall. He was wearing a black coat and a black hat at the time of the robberies,” stated the release.

Police are asking that anyone with information on the suspect or the robberies to call 403-266-1234 or contact Crime Stoppers anonymously by calling 1-800-222-8477, or through their website.