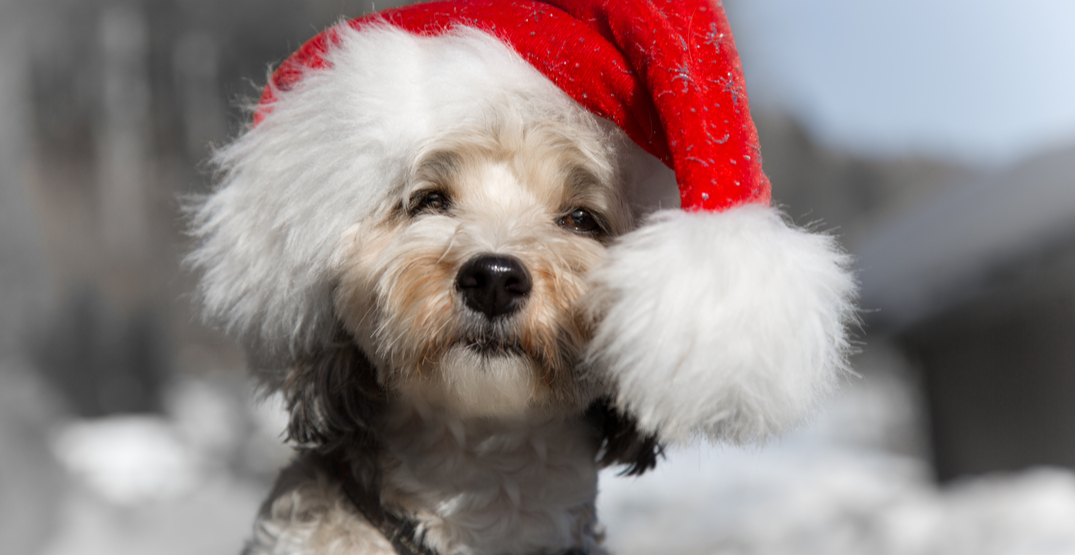 Alberta shelters and local rescue groups are packed with amazing animals that are looking for a home for the holidays.

Pets are the best, and by adopting a rescue animal, you can save a life while enriching your own.

And if you’re thinking of going the rescue group route, it’s important to note that not all groups are created equal. Here’s a great guide from HugABull on how to make sure you’re sourcing pets from an ethical rescue.

Here’s a roundup of just a few of the many great adoptable animals in Calgary. 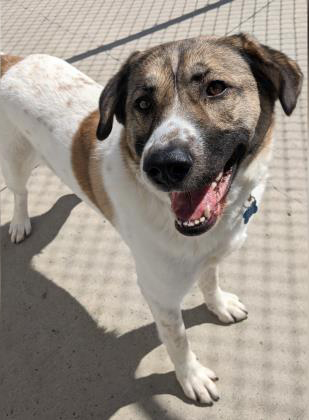 Super sweet and cuddly girl: That’s how shelter staff describe Sadie, a six-year-old Australian Cattle Dog/Shepherd mix. She has lots of energy and would love to have plenty of toys to play with and regular exercise, but once she’s all tired out, Sadie will pretend she’s a small dog and cuddle up on your lap for snuggles. Meet Sadie at the Calgary Humane Society. 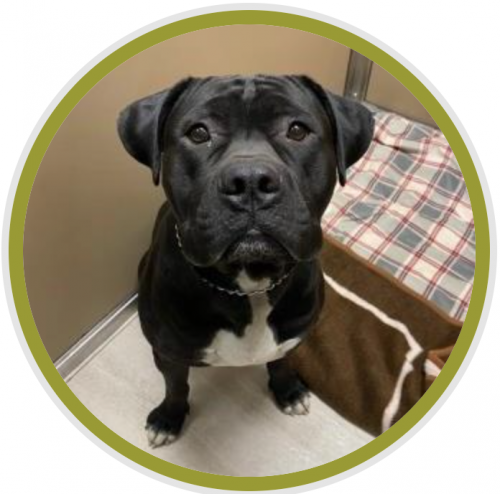 Thumper is a strong, excitable boy who hasn’t been given a chance to fine tune his manners yet. If you can handle his strength, Thumper thinks you could be great friends, and he’d be happy to take some of great classes at the Calgary Humane Society with you to help him become his best self. This two-year-old Terrier/American Staffordshire-mix is a very happy boy, and he’d be even happier with you. Meet Thumper at the Calgary Humane Society. 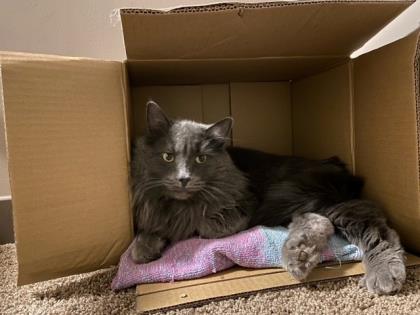 Four-year-old Theodore is a shy boy looking for the purrfect home to call his own. Once he warms up to you, his affectionate personality will shine through, and he loves to snuggle and have his soft fur petted. His foster parent says Theodore has even started giving them sweet head bonks. Meet Theodore at the Calgary Humane Society. 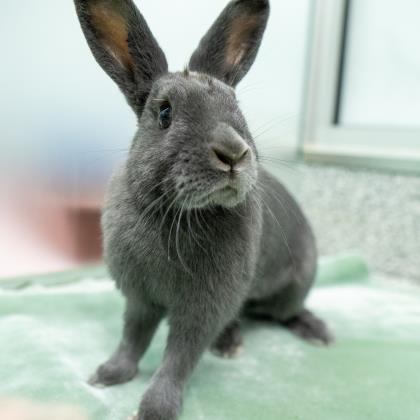 This pretty lady is Lola! She is very curious about new things, really enjoys her play time and toys, and likes to explore on her own terms. This beautiful grey bunny would love a family that could provide her with lots of room to safely roam. If you think you could give Lola a home, make an appointment to meet her at the Calgary Humane Society. 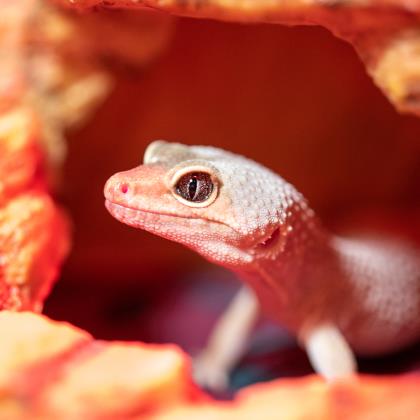 Leo the leopard gecko is one of the cutest little guys around. The Calgary Humane Society says that he would be a great pet for a beginner reptile owner due to his docile personality (although you should still do your research before committing to taking Leo home!) His ideal habitat would include multiple places to hide, a nice warm basking spot, plenty of décor items for Leo to explore, a large enough water bowl for him to soak in, and lots of insects to dine on. For more information, visit the Calgary Humane Society website. 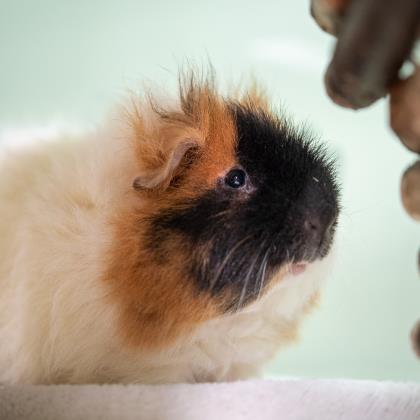 Milo is a nine-month-old guinea pig looking for a family that could go slow and be patient with him as he builds his confidence. Milo is still quite young, and so he’s a bit skittish around humans, but if you’re looking for a cute and fuzzy addition to your home, this could be the boy for you. Meet Milo at the Calgary Humane Society. 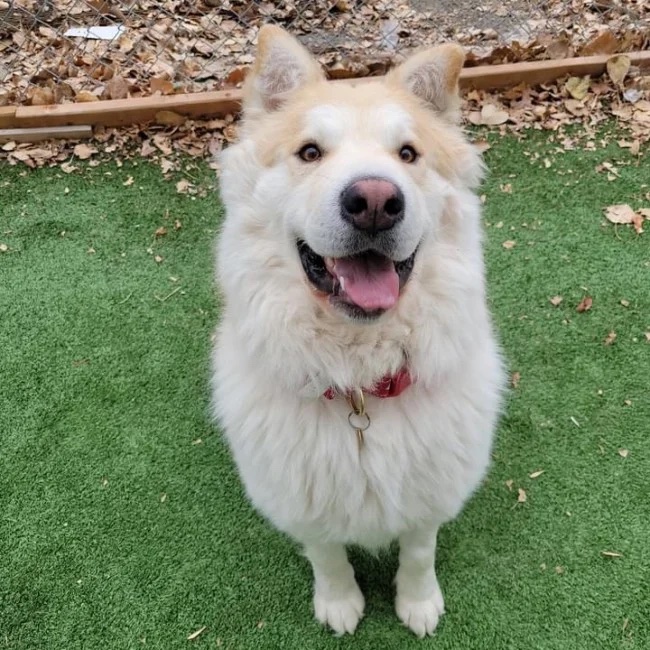 We can’t tell if Grover is a dog or a cloud. This super fuzzy boy is nearly a year old, and loves hanging out with people — although he isn’t so keen on other dogs and would like to be the only canine in his home. The shelter says that this Siberian Husky-mix would be a good fit for a family that has the time for training, walks, and playtime (and, of course, some snuggles in between). Learn more about Grover at Alberta Animal Rescue Crew Society (AARCS). 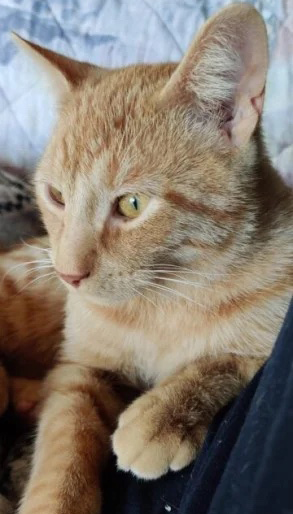 Civic is a one-year-old male kitty who needs lots of playtime and stimulation to tucker him out; however, once he’s burned off his energy, he makes a great cuddler. “Like a typical Honda model, I’m reliable, sleek, and get the zoomies around three in the morning,” reads Civic’s shelter listing, noting that he would do best in a busy household with another feline or four-legged friend to help run off his excess energy. Learn more about Civic at AARCS. 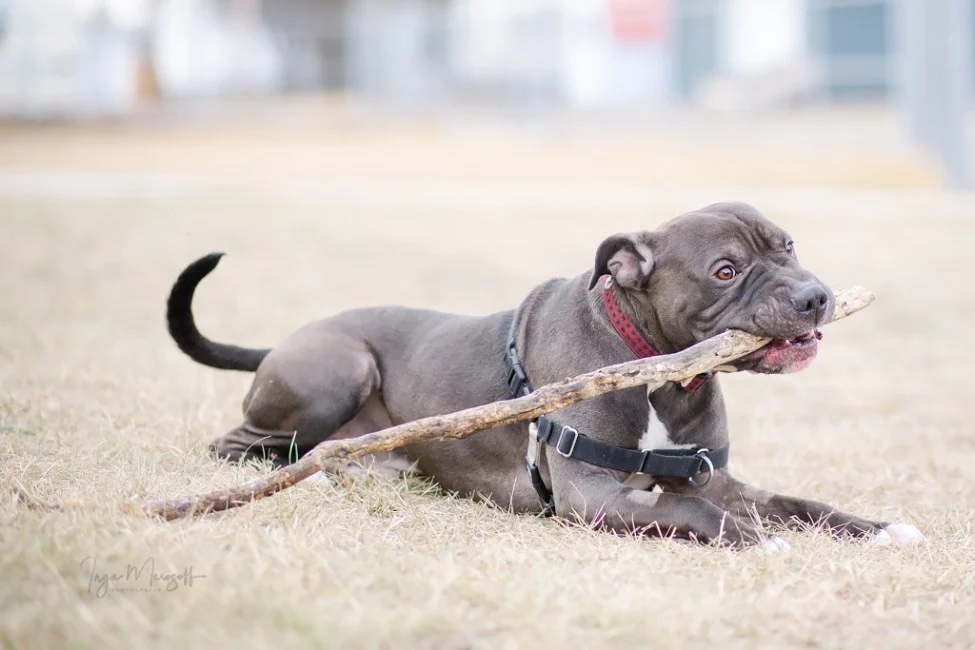 This handsome lad has lots of energy to burn and is looking for a fairly active family that would like to take him for walks and maybe even hikes. Navy is a three-year-old pitty-cross, making him fairly large (although he’s got puppy-like manners), and he’d love to live with a dog similar in size who he can play and run around with. He adores people and a good game of fetch, and tries to carry a ball around with him everywhere. Meet Navy through AARCS. 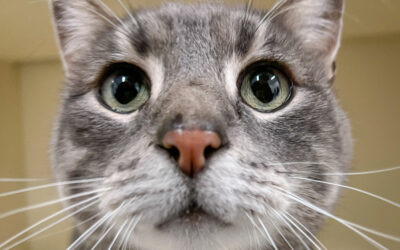 You’ve heard of puppy-dog eyes, but have you ever seen the feline equivalent? Hero’s large, stunning green eyes make it almost impossible to say no to him — do you have room for a cat in your home? This three-year-old cat has done well with other kitties in his foster home, and would love to be adopted with a sibling or to a family that has other felines in the house. Meet Hero via the Animal Rescue Foundation (ARF). 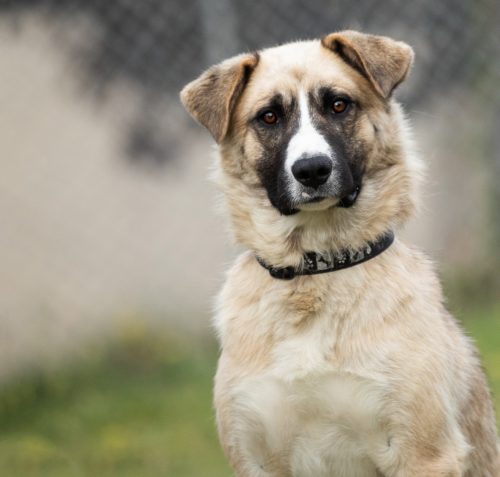 Look at that face — you can just tell that super-fluffy Marshmellow is smart and good looking. This year-and-a-half old boy’s foster mom says that he’s a fast learner, and he’s very good in a crate. Marshmellow is a bit shy and can be nervous in new environments, so he’d like to have an encouraging person to cheer him up and support him. Once he’s warmed up to you, he likes a lot of attention and isn’t afraid to come over and use his nose to nudge your hand or put his paw on you to remind you to show him some love. “When my people are singing or dancing, I will join them immediately!” reads his shelter listing. Learn more about Marshmellow at ARF. 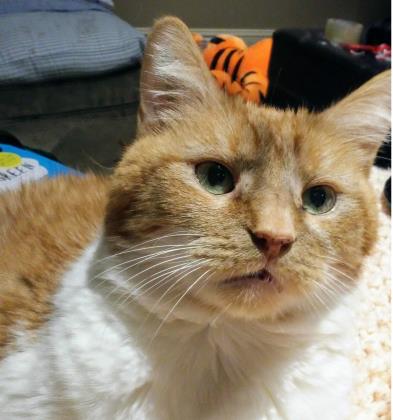 If you’ve got a little extra time and attention to give, this sweet boy might just be the one for you. With his beautiful green eyes, 10-year-old O’Henry is very affectionate and loves to cuddle, and he’s got a playful side too. This older boy is diabetic and has diabetic nephropathy, which has weakened his hind legs and causes him to walk a little funny. O’Henry has been living in foster care for awhile, and is seeking a forever home where he can get the proper care and attention he deserves. Learn more about O’Henry at Calgary Animal Rescue Society. 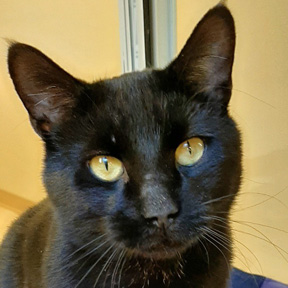 This sleek male cat will thrive in an active home with cat experience. Eurus roamed and ruled his own little turfdom in Calgary for several months as the king of the neighbourhood, and is now seeking a home that loves to play more than cuddle. This outgoing boy is two years old and may like another cat buddy in the house who can play with him. Learn more about Eurus at the MEOW Foundation.

These two best friends are a bonded pair and can’t be separated. If you’re looking to welcome two older cats into your home, Sagitar and Lavida would make a great addition. Sagitar is a 10-year-old long haired male, while his buddy Lavida is a 13-year-old female tabby. Lavita is a sweet girl who likes to be around people, and she adores head scratches. Sagitar is a little quieter, but he comes running for his wet food or a rattle of the treat bag, and he loves to be brushed. Meet these pals through the MEOW Foundation.