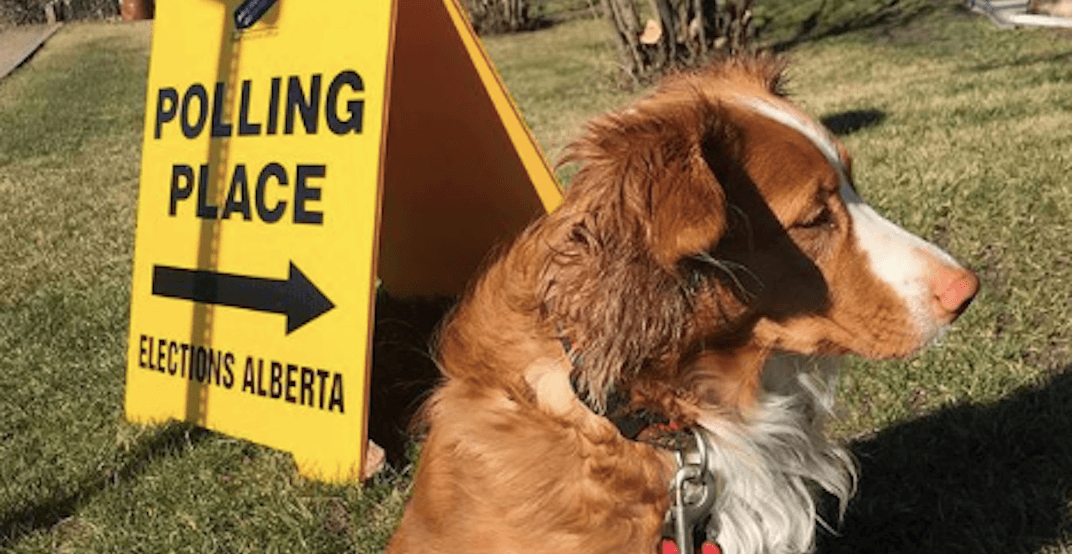 Voters in Alberta are using their adorable animals to call on the public to cast their votes.

Many Albertans are posting adorable pictures of their pets at the polling station, to remind people that “whichever pawty you support, make sure you get out and cast your vote!”

If the right to exercise your civic duty, possible time off from work, and free food weren’t enough incentive, these precious animals might just be enough to push you to get to the polls before they close at 8 pm.

Scroll through this collection of paws-itively adorable animals at the polls.

Make sure you vote today! Polls are open until 8pm. If Gucci could vote, she’d vote for the candidate that would give her the most treats. #ABVOTE #ABelection #abvote2019 #AbVotes2019 #yeg #ABPoli pic.twitter.com/nov28TWX4G

Me and Dinah want to know, Have you voted today? You better! #ABelection #NDP #vote #abvote2019 pic.twitter.com/mhQi8liBxz

Head over to polls to cast your vote before 8 pm, and, who knows, you might even run into some precious pups or cuddly cats yourself.