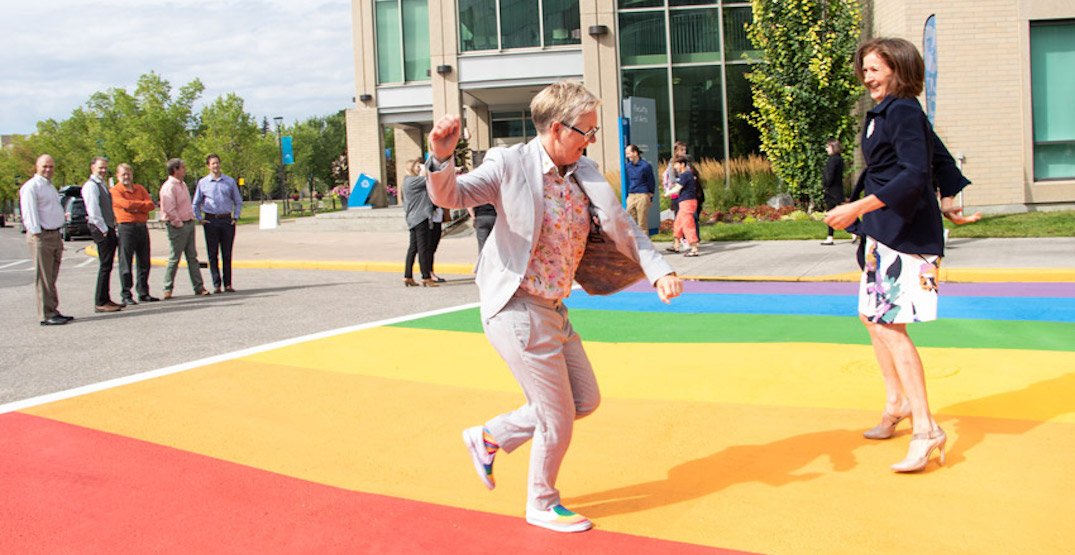 The city’s first-ever permanent rainbow crosswalk has been unveiled just in time for this year’s Pride celebration, painting a wide array of colours on a campus crossing at Mount Royal University.

While the city usually sees multiple colourful crosswalks around this time of year, each one eventually fades in the weeks following Calgary Pride — but the one at Mount Royal University will be vibrant all year-long.

“The Pride flag is a powerful symbol that shows support for LGBTQ2+ communities,” said MRU President David Docherty in a release from the university.

“With this crosswalk, Mount Royal is showing its commitment to diversity and inclusion on campus. We want all students, faculty, staff and community members to know that everyone is welcome at MRU and everyone belongs here.” 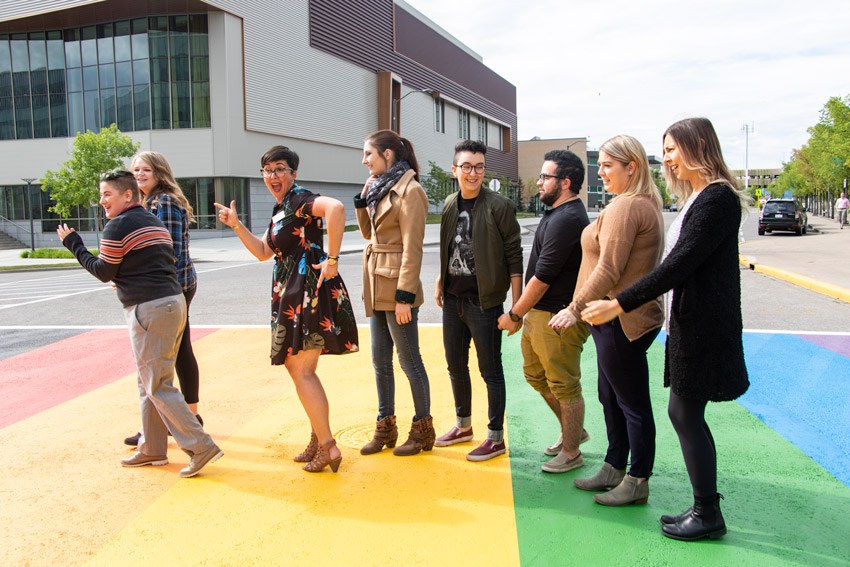 The colours were provided by local company Zoom Painting, who have donated the original coat and will be refreshing it annually for the next five years — a donation that will run the company an approximate $17,500.

“We are so proud to donate Calgary’s first permanent Pride crosswalk,” said Kyle Friedman, CEO of Zoom Painting, in the release.

“It’s unbelievable what effect you can make with a little bit of paint.”

Representatives from Mount Royal University will be marching in this year’s Pride Parade on September 2, but we’d suggest making your way over to the school before that to get a look at its new colours.