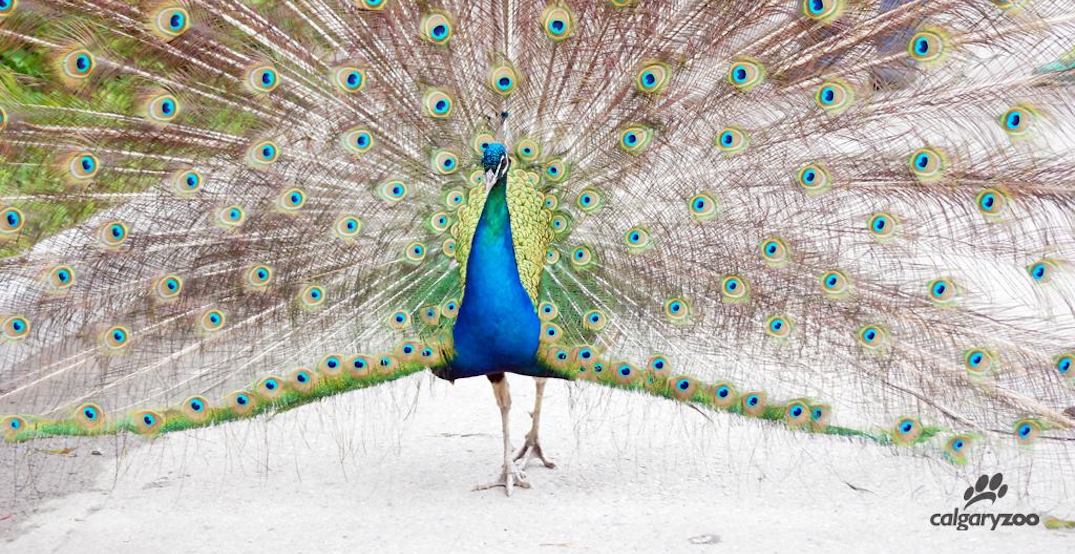 A peacock at the Calgary Zoo (Calgary Zoo/Facebook)

The Calgary Zoo is mourning the loss of one of their most colourful birds following an incident last Thursday.

According to a statement from the Zoo, a peacock flew into the windshield of a moving club car — a vehicle similar to a golf cart — and was severely injured.

Action was taken by both the Zoo’s veterinary and animal care teams, but the bird eventually succumb to its injuries.

The incident was investigated shortly after, which found that the accident, while tragic, was unavoidable as the bird flew at the zoo-operated club car in an unexpected manner.

“Our thoughts are with those who were affected by this sad loss,” the statement read.

This isn’t the first instance of a peacock at the Calgary Zoo flying to its untimely end, as it was only last November that another peacock at the Zoo flew into the lion’s enclosure and was promptly eaten.