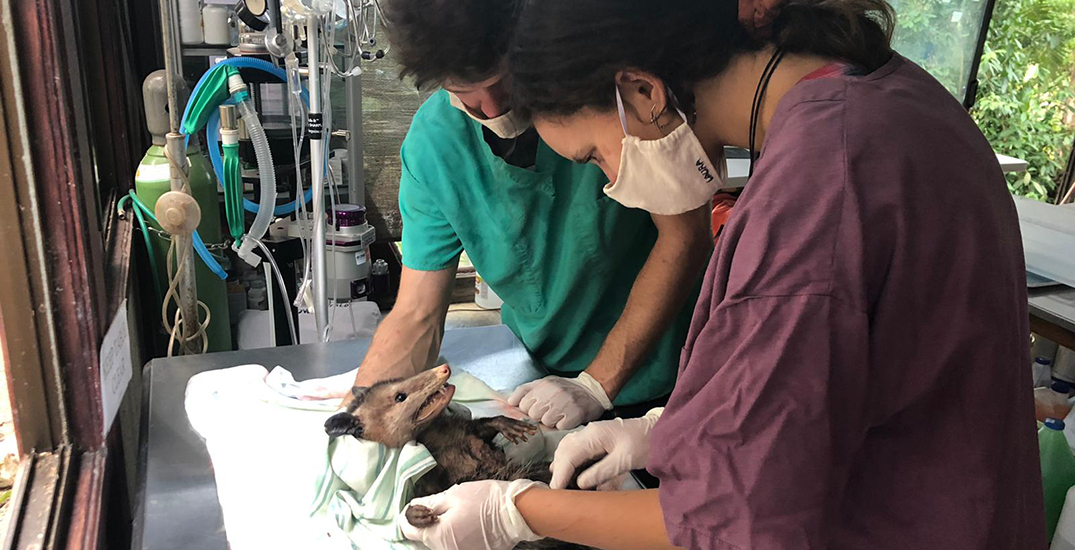 A man from Edmonton is ignoring advice from the Canadian government to come home and is instead spending the pandemic in Costa Rica helping animals at a local wildlife rescue centre.

Matt Halfacre, who spoke to Daily Hive on the phone, said his parents urged him to come back when the travel advisory was first issued. But he’s decided to stay because the baby monkeys, opossums, and birds at the Wild Sun Rescue Centre need help to heal and be re-introduced to the wild.

“I just decided I needed to stay,” Halfacre said. “It’s what I’d be doing at home. I’d be working with animals.” 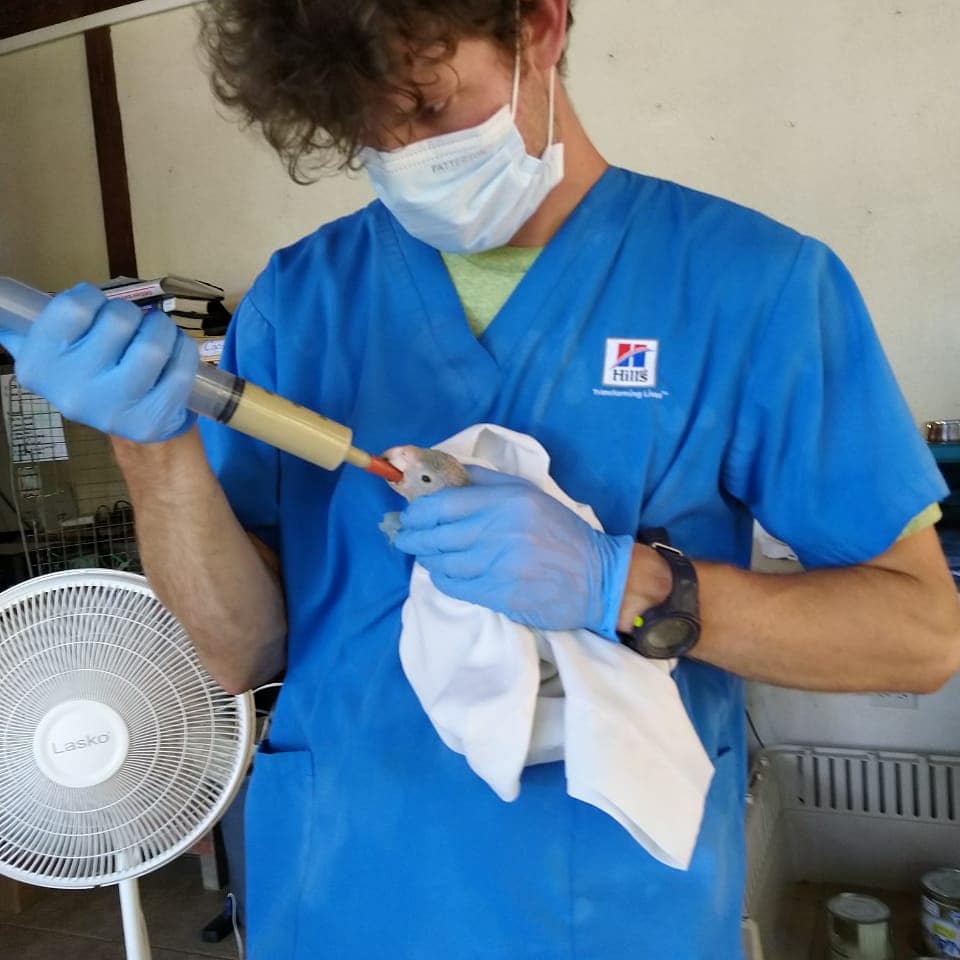 He studied science in university and has goals of one day working with apes. So far he’s worked with various humane societies, pet stores, the Alberta Birds of Prey Foundation, the West Edmonton Mall’s marine life centre, and the Edmonton Valley Zoo.

He remembers the coronavirus lockdown coming fairly quickly in Costa Rica. The country shut down its borders on Wednesday, March 18, and commercial flights in and out of the country have been grounded. Staff at the sanctuary did harried visa runs to extend work permits, Halfacre said.

Usually the centre has between 15 and 20 volunteers, but now they’re down to about 10, he said.

“It’s been really difficult,” Levine said, adding he’s recruited other travellers stuck in the country to come help out. The shelter even offered to pay roundtrip flights for volunteers who could make it in before the borders closed.

The centre usually gets half of its operating budget from a hotel on the property. But with that closed, they’ve launched an online fundraising campaign to make up the difference.

Levine wants to convey his “deepest and sincerest gratitude” to those who decided to stay.

“Honestly, it’s courageous of them to ignore the advice of their parents, their governments, and stay to help us and help others.”

Hand-feeding the baby monkeys is the most time consuming task at the sanctuary, Levine said. The babies often come in after their mothers are injured or killed from being shocked after climbing on power wires. 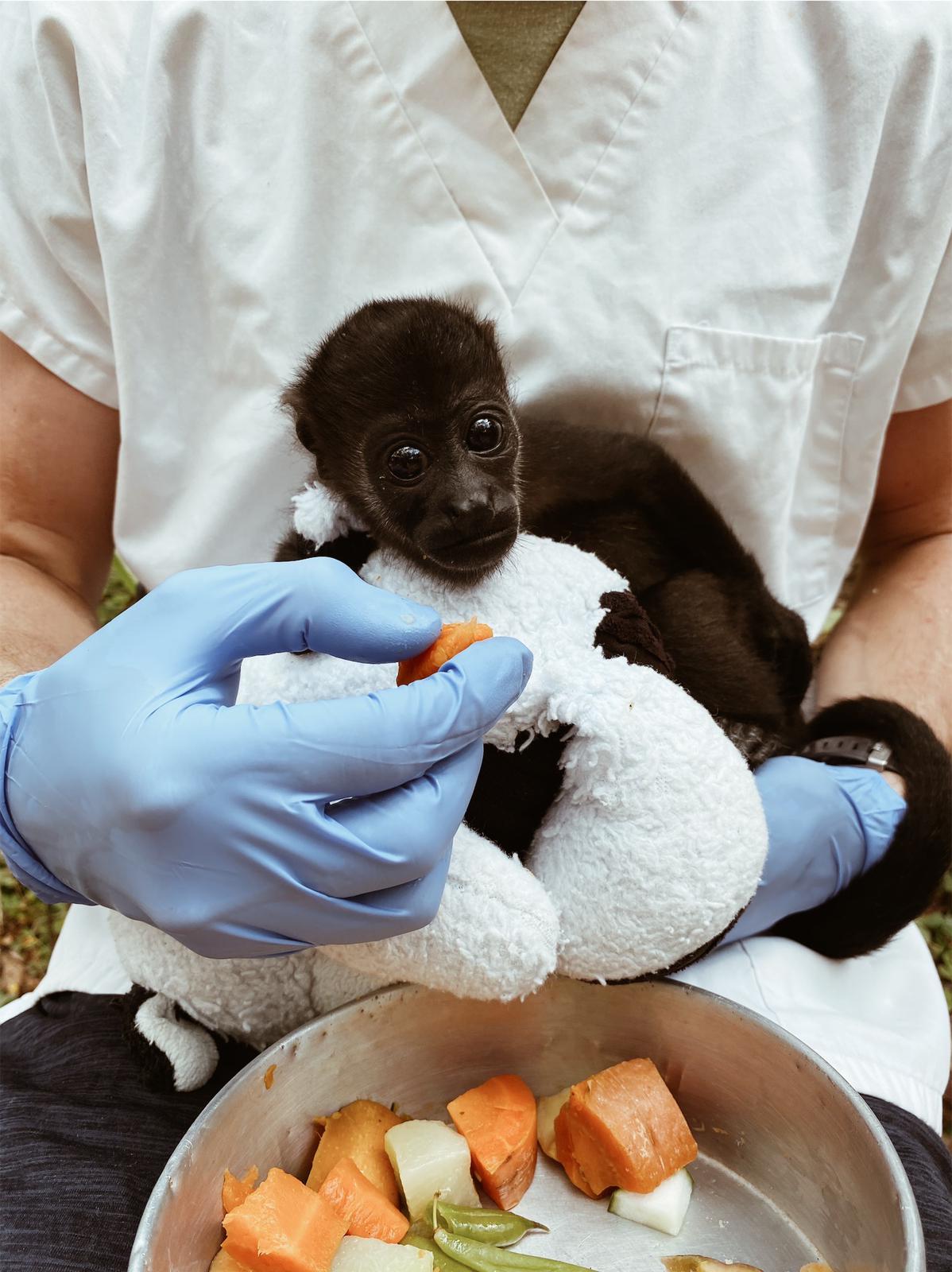 A baby monkey at the sanctuary. (Photo: Matt Halfacre)

Halfacre says the experience volunteering in Costa Rica is on the “front lines of conservation.”

He arrived in early February and planned to stay until April 26. He won’t be able to make his original departure date because the airports are closed, and getting there would be tricky as well. Right now, only certain taxis are allowed to be driving, and private vehicles can only be on the roads on certain days of the week that are tied to their licence plate number.

“I am really starting to miss my friends and family,” he said. “But they’re all encouraging me to do what I can here.”