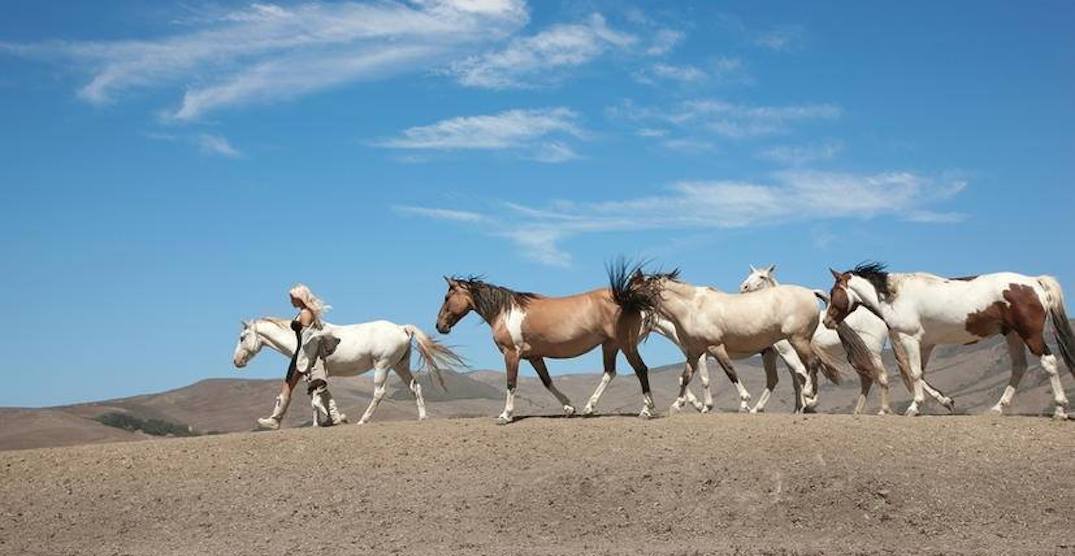 Baywatch star and animal rights activist Pamela Anderson has sent a letter to Alberta Premier Jason Kenney calling for an end to the annual chuckwagon races at the Calgary Stampede.

The letter comes after six chuckwagon racehorses died during the 2019 event, prompting backlash from animal rights groups across the country.

Anderson’s letter was directed to Kenney along with Alberta’s Minister of Agriculture and Forestry Devin Dreeshen, stating that, as an honorary director of PETA, she would like to see them ban the races in the province.

The Calgary Stampede tightened their rules in 2010 by instituting mandatory veterinary checks and rest days for the horses, though Anderson said in her letter that the changes made nine years ago were not enough to protect the animals.

“More than a dozen horses have died since then, because these races are inherently cruel and dangerous,” she wrote.

“Horses have suffered from fractured legs and broken backs, while others have had heart attacks. Anyone watching can see animals foaming at the mouth as their eyes roll back in their heads.”

Following the death of three horses on the last day of this year’s Stampede, organizers stated that they would be launching a review of chuckwagon race safety.

“This is as upsetting to us as it is to our community, and is challenging for us,” the release reads.

“The Stampede’s commitment to the safety of animals and the conditions of their participation in our events is paramount to our values and brand integrity. We will continue to be open in our communication with our community.”

While the chuckwagon races are clearly a dangerous pursuit for both horses and riders alike, some chuckwagon racers have spoken out about what they see as a misconception when it comes to their animals — namely, that they’re being forced to race against their will.

“If you look into the horses eyes during competition, listen to some of them try to breathe fire from their nostrils after a race loss or see how proud they walk after winning a race, people would see that the horses do have a choice,” wrote chuckwagon racer Kurt Bensmiller in a Facebook post on the day after the 2019 Calgary Stampede.

He stated that, while horses becoming injured while racing is an unfortunate possibility, there is also the likelihood of injury, and subsequent euthanasia, when horses are running through fields or playing with one another.

“People believe [if] you turn them out now, they live forever,” he wrote. “It’s ridiculous. They get hurt more often bucking playing and doing all the stuff horses love to do than on a race track. Taking away what they love to do and do so well will only eliminate a breed of horse.”

According to the World Professional Chuckwagon Association, most of the horses used for chuckwagon races are thoroughbreds past their prime that owners on conventional racetracks couldn’t afford to care for any longer — giving them a second chance as part of a chuckwagon team.

“Now they are part of a team and a herd and if you look closely you will see how many have become buddies with another horse and created a bond and friendship,” the association wrote in a July 15 Facebook post.

“If you have spent any time around thoroughbreds you will know that these high-spirited animals will stand side by side and be found not far apart.”

The Calgary Stampede has yet to release the results of their review.