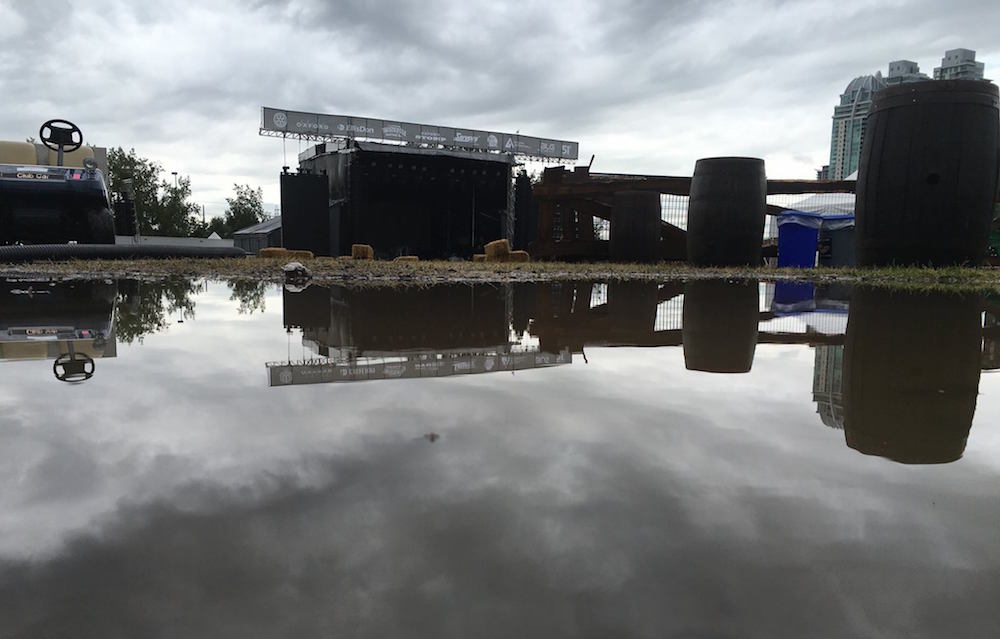 Organizers of Calgary’s Oxford Stomp have announced that the show won’t go on today.

Severe weather including rain and lighting have forced the cancellation of this evenings concert.

“We regret to announce that in the interest of public safety, we are forced to cancel Oxford Stomp 2016. Heavy rain and lightning have made the grounds unsafe for public occupancy. With the continued rain and hail in the forecast there is not enough time to rehabilitate the site to meet public safety standards.

The Rotary Club of Calgary and event organizers will work through the cancellation details and will provide updates as soon as possible. Thank you in advance for your patience.”

For those with tickets, the night’s after parties are starting early at The Wildhorse Saloon and National on 10th. Both venues are offering complimentary door admission with your ticket.