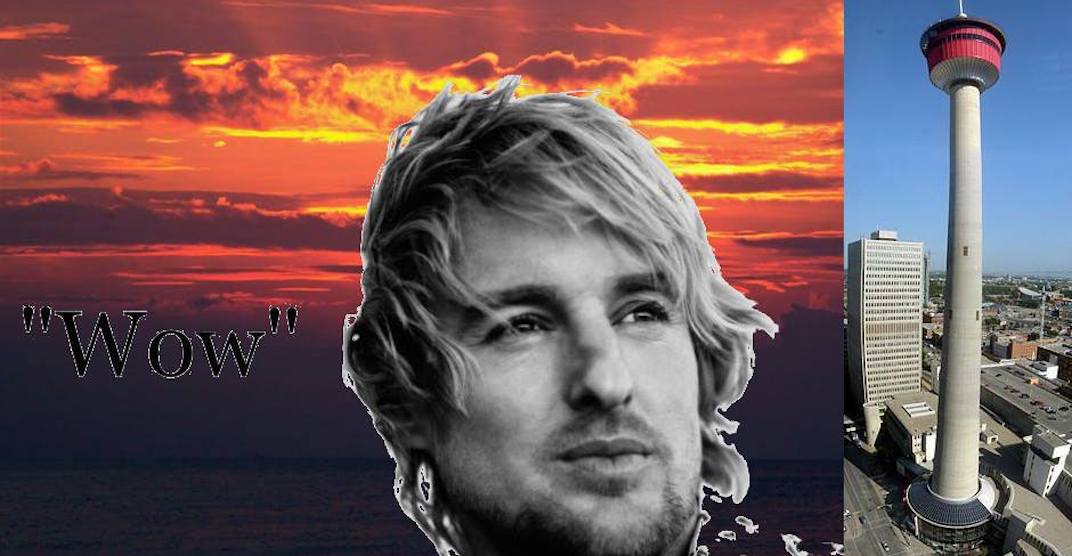 Step aside, Stampede… Calgary is soon to have a new favourite event.

The Facebook event titled “We all stare at the Calgary Tower and say ‘wow’ like Owen Wilson” has caused quite the commotion since its creation, with nearly 5,000 people clicking interested in attending.

A full 1,300 attendees have already committed to the April 21 date, so a sizable crowd can be expected to speak Wilson’s trademark word.

Many Facebook users have expressed their delight at the prospect of coming together for such a momentous occasion.

“WOW,” wrote Cal Merrony Gerla in a post on March 7.

Another Facebook user, Dusty Roads, had this insight on March 8: “Wow.”

The description of the event states that the gathering will be in celebration of both 4/20 and Earth day, which fall on April 20 and April 22, respectively.

If you’re hoping to get in the right frame of mind for the event, we suggesting taking in a few viewings of this 10 hour long video montage, graciously created by Owenergy Studios: