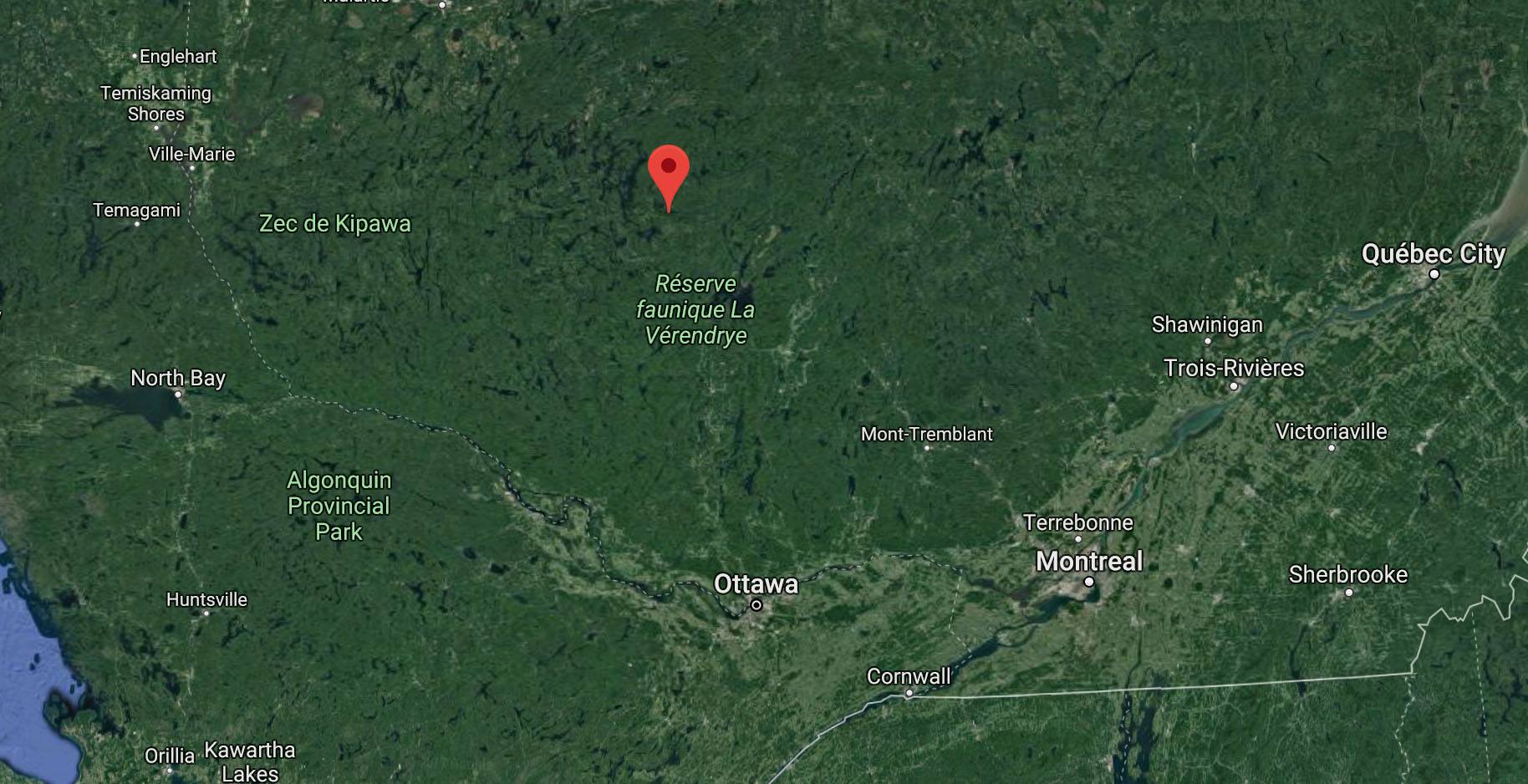 Location of earthquake near Ottawa on December 28, 2017 (Google Maps)

Those living near Maniwaki, Quebec near Ottawa might have felt some unusual movement this morning, as a minor 4.1 magnitude earthquake shook the area earlier Thursday.

According to the Natural Resources Canada, the quake took place below the La Verendrye wildlife reserve, which is located roughly 200 kilometres north of Ottawa.

The quake was recorded just before 4 am.

A 4.1 magnitude earthquake won’t typically cause any damage, except for around the quake’s epicentre.

Although when an earthquake of the magnitude occurs, you can definitely feel it and often hear a minor rumble.

According to Natural Resources Canada, there were no reported damages or injuries from this morning’s quake, and it was lightly felt near Maniwaki.