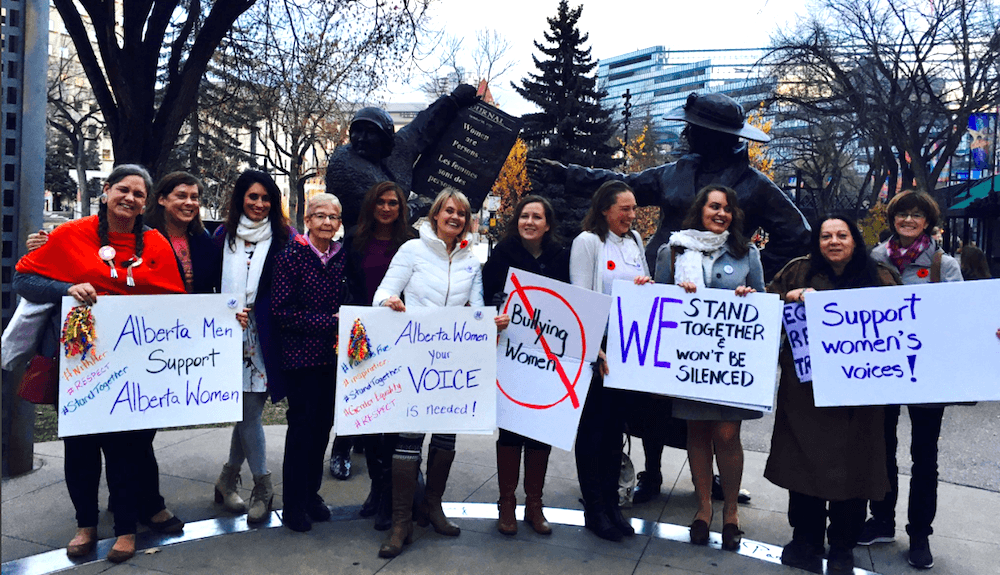 Organized by ‘Ask Her,’ a local organization committed to increasing the number of women running for Calgary City Council in the 2017 election, today’s rally was to protest the unacceptable behaviour women seeking public office are being subjected to. 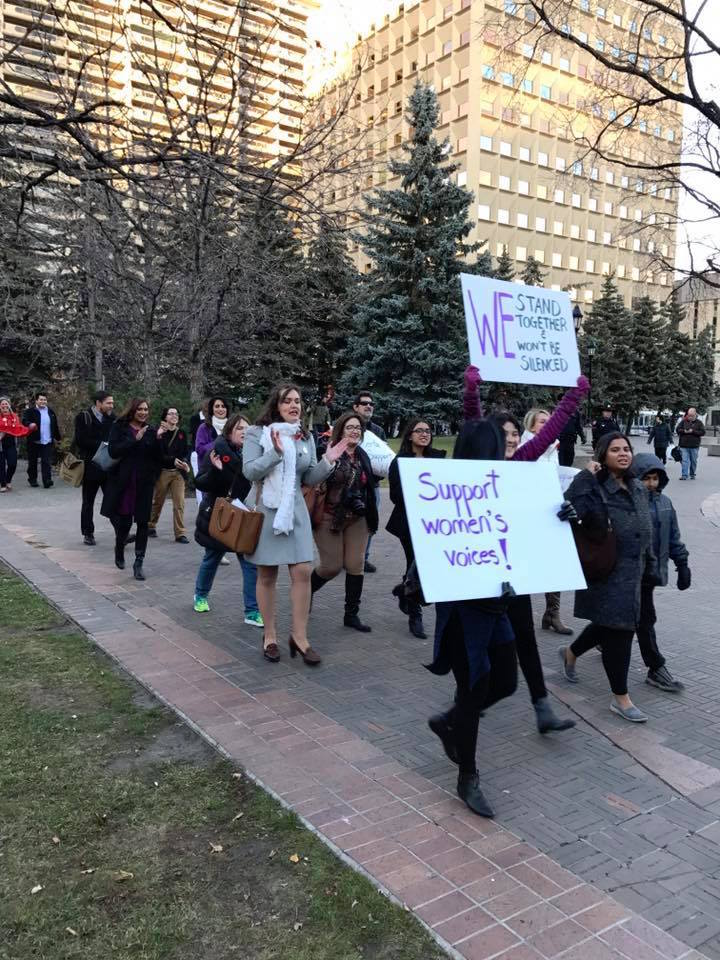 This comes after recent claims that Alberta women involved in politics have been subjected bullying and harassment.

Women from all political parties gathered infront of the Famous Five statues at Olympic Plaza.

.@Wildrosemama leading us in song & acknowledging the traditional territories which we stand on. #yyc pic.twitter.com/DiOedcCqJx

Are you #WithHer in supporting female politicians in Alberta? Join @askheryyc & support the movement! #yyccc pic.twitter.com/oQ0App0XLL