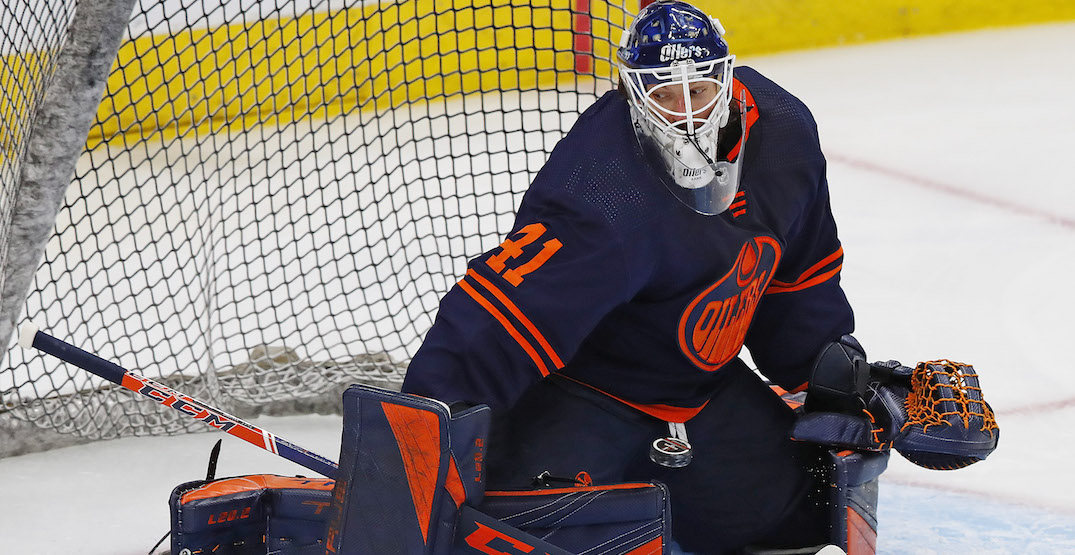 It was a heartbreaking start to the 2022 Stanley Cup Playoffs for the Edmonton Oilers.

Following the game, all the talk was about a goaltending gaffe by Mike Smith that led to the game-winning goal for the LA Kings.

Smith tried to go up the middle with a dangerous pass, which was picked off, rather than make an easy outlet pass to one of his defencemen.

After the game, Smith didn’t hide from the criticism, saying he was “trying to do too much.”

“I was trying to make something happen, obviously trying to do too much there. In a tight game like that, you can’t afford to make mistakes like that. It ended up costing us the game.”

Smith has now lost 10 playoff games in a row, including all six he’s played for the Oilers.

After the game, fans and media were quick to point the finger at him for the loss. Oilers fans were furious, while those outside of Edmonton had a laugh at his expense.

Guess where Mike Smith went with this puck pic.twitter.com/uLqUiSdkB3

Smith doing a selfish play there. I get what he was trying to do and get Draisaitl on a break away. You don’t always have to have a highlight reel moment #LetsGoOilers

Mike Smith needs to learn to stay in the damn net. That goal was set up by his inept decision to try and pass it straight up ice. #LetsGoOilers

So far Smith is being out played by Quick. That's a problem that can't continue ! #LetsGoOilers #Oilers2022 #Smith

the year is 2034. “Mike Smith can win us playoff series,” says a Western Conference team

Oilers start Mike Smith and wonder why they lose every year in the playoffs.

Mike Smith has started 6 playoff games since joining the Oilers, in those games: