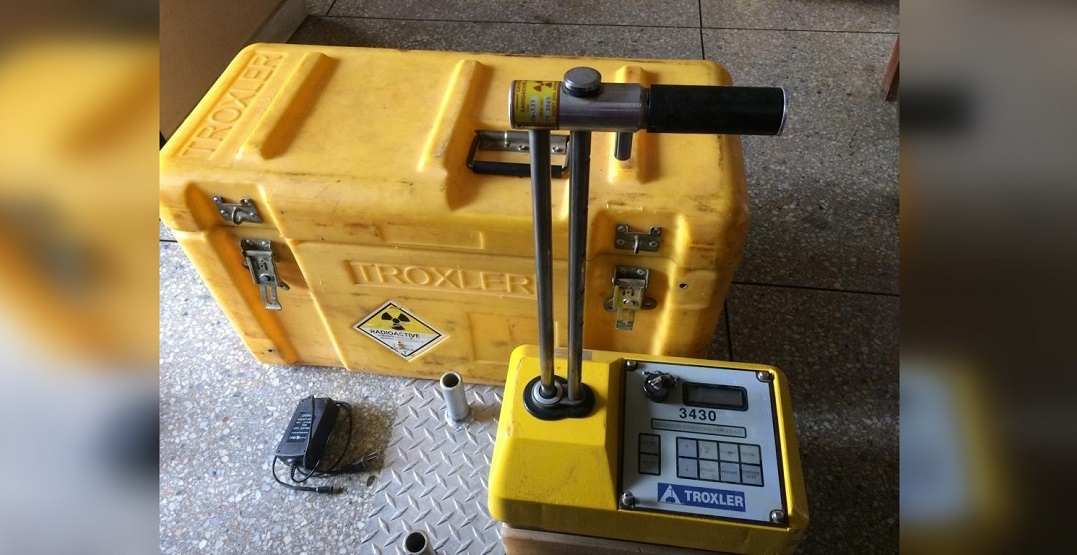 The stolen nuclear gauge has been recovered.

The Calgary Police Service had warned alleged thieves that they may have unwittingly put themselves at risk of nuclear radiation after a nuclear gauge was stolen from a vehicle parked in the community of Woodbine, along with other tools, sometime between 6 pm on Tuesday, April 28 and 7:50 am the next morning.

A total of $23,000 worth of tools were stolen, but CPS had warned about one in particular, a Trozler 3430 model nuclear gauge, which police say contains a small amount of radioactive material.

It is used in construction to perform measurements and tests of materials, and exposure to the gauge may cause effects after 24 hours if it is not stored properly.

A Thursday update from CPS states that the gauge was recovered thanks to a tip from the public, and was found at around 5:30 that same day.

The Calgary Fire Department Hazardous Materials team was on scene to ensure that the gauge was not damaged.