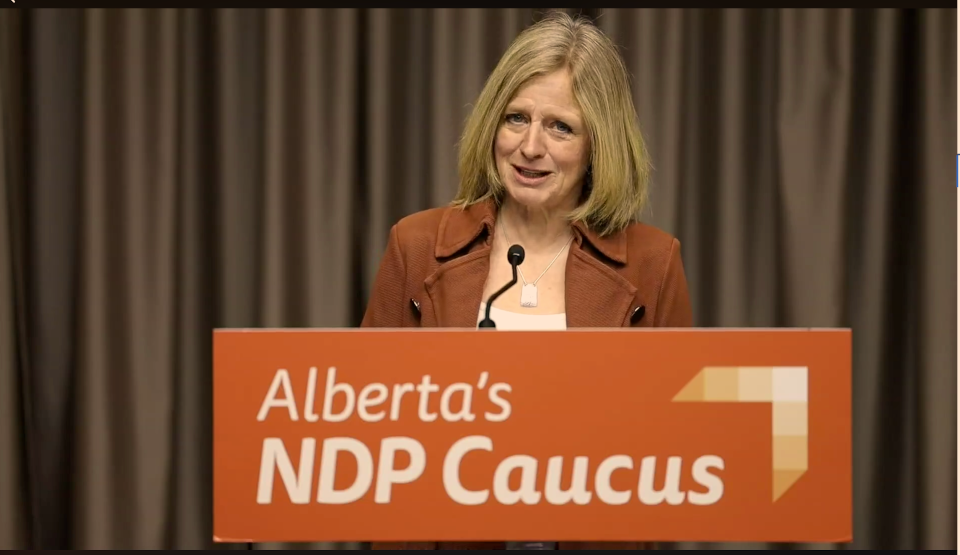 During a press conference on Friday, Official Opposition leader Rachel Notley called for the resignation of Health Minister Tyler Shandro following allegations of misconduct towards a Calgary physician.

During the conference, Notley alleged that Shandro had seen a doctor that he knew post a meme on social media that Shandro disliked, prompting Shandro and his wife to visit the private residence of the physician and speak to his sons.

Shandro had allegedly told them that “[he] wanted to speak to [their] father” and for them to go inside because “they don’t want to listen to what is going to happen.”

The physician then came outside, and Shandro allegedly proceeded to “yell, scream, insult, berate, and intimidate this doctor,” said Notley.

“We are in the middle of the most pressing public health emergency, perhaps in history,” continued Notley.

“Albertans are scared, and nervous […] and they are all looking to their leaders for help. When it comes to health, we need focused and steady leadership that is preoccupied solely with our response to the coronavirus pandemic and the health of Albertans.”

Notley continued, criticizing Shandro’s conduct as the Minister of Health over the course of his tenure and highlighting what she believes to be a strained relationship between healthcare workers and the minister, as well as Shandro’s alleged conduct in responding to criticisms of his policies.

“No Albertan deserves to be threatened at their homes in front of their families by a government MLA and the minister overseeing their profession,” stated Notley.

“That is why today, I am asking Premier Kenney to immediately remove Tyler Shandro from his post and appoint another member of the UCP caucus as the Minister of Health.”

Notley also condemned any use of threats and intimidation against a minister or a member of the public.

Daily Hive reached out to the Office of the Minister of Health for comment but did not hear back by time of publication.