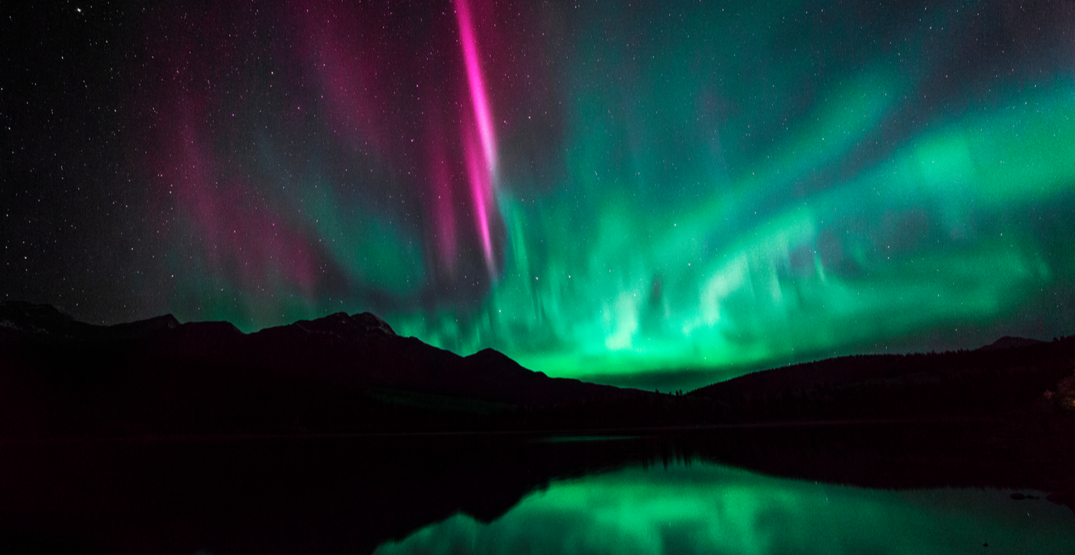 It seems as though conditions have to be near-perfect in order to spot this natural phenomenon in Earth’s sky, also known as Aurora Borealis. There’s often too much light pollution to see them in the city, so your best bet for catching a glimpse is to head to a Dark Sky Preserve.

According to Parks Canada, Dark Sky Preserves are protected areas that make a special commitment to protect and preserve the night sky, reducing or eliminating light pollution in all forms.

Alberta is lucky enough to have five of these areas within our beautiful province, many of them close enough to make a fun road trip from Calgary or Edmonton.

Next time there’s a clear, cold night coming up, grab your camera and a warm jacket and hop in the car to chase the stunning, shimmering lights at one of these Alberta locations.

Cypress Hills Interprovincial Park has one of the darkest and most easily accessible Dark Sky Preserves in the country. Hit up their Summer Star Party at the end of August, or visit any time of the year to take in the skies – this is a perfect option for those who live in southern Alberta.

Join Jasper National Park for its annual Dark Sky Festival every October, or explore during a different month to enjoy Parks Canada’s other dark sky programming. Four of the best locations in Jasper that remain accessible year round for Northern Lights viewing are Pyramid Island, Maligne Lake, Old Fort Point, and the toe of Athabasca Glacier.

Lakeland Provincial Park is Alberta’s newest Dark Sky Preserve. Visitors can camp at lakeside sites during the summer months, or take a canoe out onto the water for an even more remote sky viewing experience!

The frequent cold and clear nights of December, January, and February offer some of the best viewing opportunities, while late August and September provide warmer temperatures for Aurora watching. This park is also home to almost a dozen owl species, bats, and other nocturnal animals, so keep an eye out for these creatures too.

As a bonus destination, Waterton Lakes National Park and the United States’ Glacier National Park form the first trans-border International Dark Sky Park – but, per current travel restrictions, make sure you stay on the Canadian side.

Even if you don’t spot the Aurora Borealis, visitors are sure to see some killer constellations and amazing nature vistas in Alberta’s Dark Sky Preserve parks.