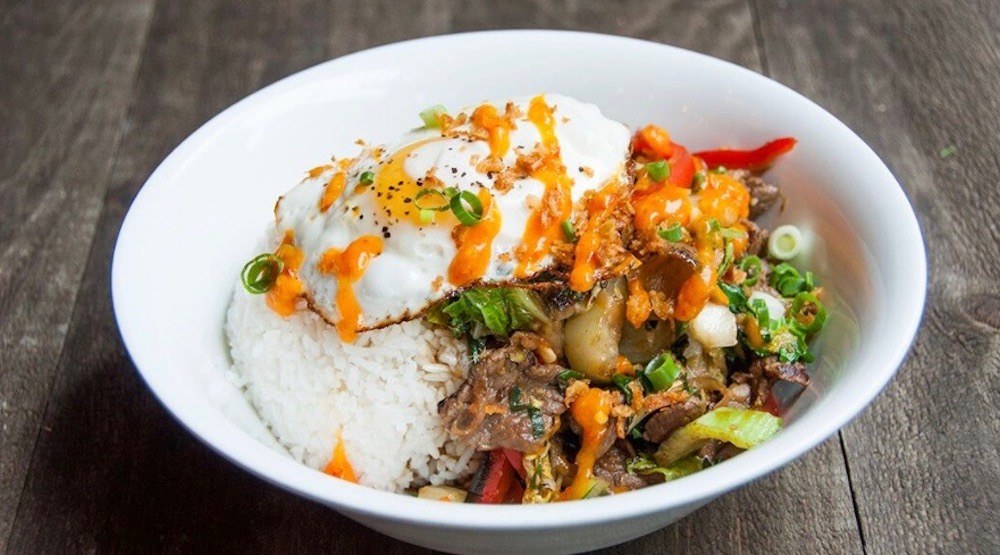 You’ve probably seen one of Calgary-based food author Julie Van Rosendaal’s seven cookbooks, or scrolled through her Instagram – @dinnerwithjulie – a time or two wishing you could take a bite out of what was on the screen.

But now, you can finally get a taste of what Julie’s eating by ordering her special creation made in collaboration with Noodlebox – but only for one week.

Head into any Noodlebox from August 8 to August 14 to to taste Bulgogi Beef Bibimbap, a Korean-inspired rice bowl unique from everything offered on the regular menu.

The Bibimbap is a hearty and flavourful stir-fry made with thinly-sliced, marinated beef seared in a hot wok with mix of fresh Asian greens and red pepper, topped with a fried egg, and finally drizzled with a spicy mango chilli sauce.

This offering is a part of the Guest Feature Series going on in 12 Noodlebox stores across BC and Alberta. Other collaborations include vegan cookbook author Dreena Burton, and Vancouver-based food bloggers and stylists The Food Gays

Where: 12 Noodlebox locations in BC and Alberta