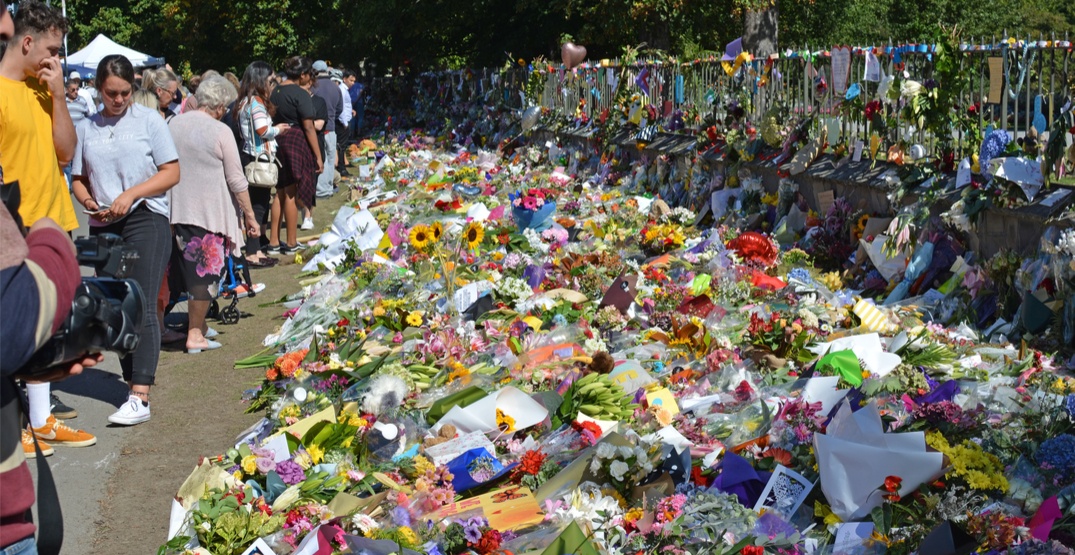 Floral tribute to the 50 people shot and killed at two Mosques on March 15, 2019 in Christchurch, New Zealand/Shutterstock

New Zealand is banning what they are calling “military style semi-automatics and assault rifles.”

“On 15 March our history changed forever. Now, our laws will too,” said Ardern, in a statement. “We are announcing action today on behalf of all New Zealanders to strengthen our gun laws and make our country a safer place.”

Just six days after the attack, the government announced the ban on all semi-automatics and assault rifles in the country. It also announced that any “related parts used to convert” these guns into military-style semi-automatics (MSSA) will be banned, along with all high-capacity magazines.

The New Zealand government will place an amnesty for all weapons to be handed in, and their cabinet has directed officials to develop a buyback scheme.

“I strongly believe that the vast majority of legitimate gun owners in New Zealand will understand that these moves are in the national interest, and will take these changes in their stride,” said the New Zealand PM.

She added that when Australia undertook similar reforms, their approach allowed for some exemptions for farmers upon application, and New Zealand has taken similar action to identify weapons that would be “legitimately required.” Police will also be exempt.

The legislation to give effect to the bans is being introduced in parliament during the first week of April.

In response to the shooting last week, Canadian Prime Minister Justin Trudeau said that politicians need to do more than just send condolences.

“To politicians and leaders around the world: the dog whistle politics, the ease with which certain people choose to adopt extremist ideology – it has to stop,” he said. “Politicians stand around, and we offer our condolences, and we say nice things in the aftermath. We say that we’ll do better. We say that never again will such hatred be allowed to fester unchallenged. And then, when the flames die down, and the smoke clears, we look the other way.”

Trudeau said that as leaders, and as the privileged few with power and an audience, “we have a responsibility to do something.”

“The tragedy in New Zealand is, sadly, another example of just how far we’ve gone astray. But we cannot let the lessons of those 50 deaths go unlearned,” said Trudeau. “The path we’re going down is dangerous and unsustainable.”

Here in Canada, Trudeau said that the government has already taken important steps to fight discrimination and hatred. The Canadian government has stepped up their investigations into extreme hate groups, including white supremacist and neo-Nazi groups. Trudeau also said they have made “meaningful reforms around gun control” and increased funding for security at places of worship.

“And still, we know that there is much more work to do. But make no mistake, we will do what needs to be done,” he said.

In New Zealand, the government has taken immediate action to restrict the stock-piling of guns, and encouraged its residents to continue to surrender their firearms.

Ardern said the gun ban is the first step of their government’s response to last week’s attack.

“To owners who have legitimate uses for their guns, I want to reiterate that the actions being announced today are not because of you, and are not directed at you,” she said. “Our actions, on behalf of all New Zealanders, are directed at making sure this never happens again.”