Calgary’s food scene has evolved tremendously this year, to include a wide variety of new establishments.

From coffee shops to leisurely brunch spots, charming eateries to upscale diners, here’s a list of restaurants and cafés that opened in Calgary in 2015.

Fratello Coffee Roasters, which recently celebrated its 30th anniversary of roasting coffee in the Calgary community, opened their third Analog Coffee location at Southcentre Mall. The bright and shiny coffee house offers a range of choices to drink and eat-in at the bar or take away; there’s a variety of handcrafted caffeinated beverages poured by skilled baristas, in addition to tasty treats and sandwiches from Corbeaux Bakery.

More on the casual side of things, this highly anticipated modern diner, which opened its doors in April, offers a comforting menu comprised of local, seasonal, and artisanal ingredients. Open for breakfast, brunch, lunch, and dinner the effortlessly relaxed yet chic Beltliner, named after the old streetcar that travelled down 12th Avenue, offers classic diner staples with a twist, in a non-pretentious setting. 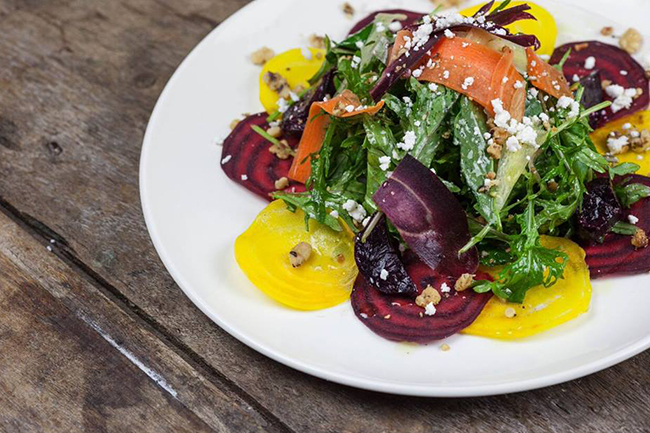 Under the direction of Chef Marc Bourgeois, The Derrick Gin Mill & Kitchen takes its place on Stephan Avenue where Eldorado once resided, and dishes up a range of bar snacks, dinner plates, and late night eats, which are all designed to pair up with mixologists Savanna Beach and Shelby Goodwin’s gin-forward libations.

This 170-seat sports-themed restaurant boasts a clever design and an elevated menu of comfort eats. Together, owners P.J. L’Heureux (CRAFT Beer Market), Pete Emes, Mike Grimes, Graham Furse and Sarmad Rizvi have created a space that is fun, nostalgic (think reclaimed gymnasium floors) and the perfect place to be when a game is on, thanks to eight televisions thoughtfully situated, and a drop down screen for the really big games and events. 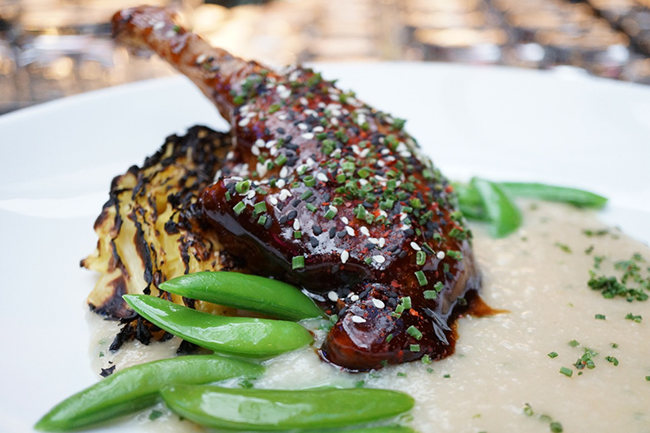 Photo courtesy of The Mission

Brought to life by Jeff Hines and Patrick Hill, both who are behind the popular tequila bar and Mexican restaurant Anejo, as well as Joe Gregory, who owns Tavern 1883 in Canmore, The Mission hopes to be a fun, casual, local, and comfortable spot for Calgarians to dine and drink. The 4th Street 100-seat open-concept social gathering house boasts a warm and welcoming atmosphere, and offer patrons approachable dishes, handcrafted cocktails, and specially selected wines and beers.

The team behind Monogram Coffee opened up their second location, in their very own space in March of this year. Located in Altadore, the narrow, white-walled coffee house, which just expanded its digs to include a new seating area, is warm and welcoming and offers a range of well-made caffeniated beverages.

Founder and co-owner Cody Willis, together with BMEX Restaurant Group (the folks behind Ox and Angela, and Una) opened up a new Mexican-inspired restaurant midway through the year. It’s called Native Tongues, and dedicates itself to authentic, long-established Mexican street food. On offer single-order tacos and larger size group platters of braised, stewed, and charcoal grilled tacos served on warm tortillas (made from scratch daily). Fillings include braised beef tongue, chorizo, and refried beans.

Taking up residence in the Simmons building, alongside two other local businesses Charbar and Sidewalk Citizen, Phil & Sebastian opened up their 5th outpost this year. At the moment the East Village space is home to a state-of-the-art concept café, and will soon boast the companies headquarters and roasterie.

Justin Leboe’s charming, casual European-style eatery and drinking den has been the talk of the town since opening in May. Residing in a warm revitalized space next to Model Milk, Pigeonhole offers diners carefully-crafted sharing plates, inspired cocktails, and a unique wine list, which showcases a variety of “natural wines.” The restaurant even ranked number one on enRoute Magazine’s Canada’s Best New Restaurants list.

As the name suggests PiPS Board Game Café, harbours a range of board games, over 400 in fact, for patrons to play at their leisure. The impressive selection, which encourages face to face interaction, ranges from childhood favourites, like Monopoly, to new additions, like Blood Rage. In addition to the shelved games, PiPS also offers a range of comforting eats, including flatbreads and sandwiches, as well as locally roasted coffee from Rosso Coffee Roasters. Being fully licensed, patrons also have the option to choose from a list of local craft beers and select wines. 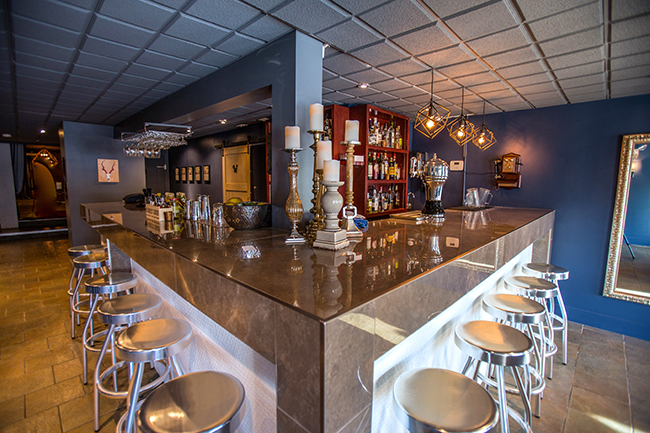 PRLR Lounge a new drinking destination in the city’s Northwest is providing locals with a sophisticated yet casual space to enjoy a lingering drink or two. Located at the intersection of Kensington and 10th Street, PRLR (parlour minus the vowels) offers carefully-crafted cocktails, in addition to a variety of small bites, in a speakeasy-esque setting.

Seasonal libations and enticing sharable plates are the name of the game at Proof, a stylish, adults only drinkery. While the masterful collection of beverages are to be commended, the eclectic food choices dished up play an equal part in luring patrons through the door. Chef Tino Longpre, who spent many years working under chef Justin Leboe, heads the kitchen at Proof and serves simple snacking options like pickled eggs, oysters, gougeres, and pork belly steam buns.

This recent addition to Calgary’s restaurant scene delivers honest food that nods to Britain, in a contemporary and inviting setting. Forget fish and chips, bangers and mash, and Yorkshire puddings, Chef and owner Neil McCue has cleverly infiltrated subtle British additions and flavours into his dishes like black pudding, the quintessential British cheese Stilton, and mackerel. The result entrancing food, that will leave your belly satisfied.