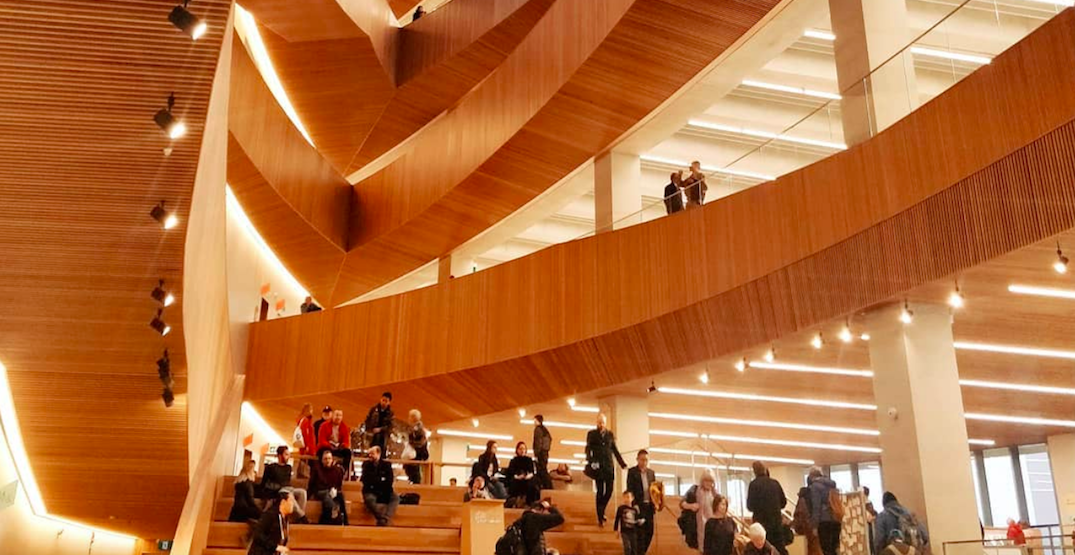 The New York Times just came out with their 52 Places to Go in 2019 list, and it turns out that Calgary’s architecturally stunning New Central Library has made the list.

“A spectacular new library adds to a once-neglected neighbourhood,” the Calgary ranking opens with, stating that the city’s work in revitalizing the East Village has done wonders for the area.

“[The library creates] a gateway in the form of an arched cedar-clad passageway linking downtown to the city’s evolving East Village, a booming neighbourhood where the Bow and Elbow Rivers meet,” the list states.

“Calgary was founded in the East Village area in 1875, with a fort built to curb the growing whiskey trade, but the area suffered roughly 70 years of neglect before the Calgary Municipal Land Corporation, formed in 2007, began transforming the area, adding parks, attractions and high-rises.”

The New Central Library was designed by the architectural firm Snohetta and constructed over the course of three years.

Its doors were finally opened to the public at the start of November 2018, and saw over 50,000 people visit during the opening weekend alone.

That it made it onto the New York Time’s recent list is some well-deserved praise, as the bold and beautiful architecture of the building has made it a hotspot for professional and amateur photographers alike.

The library is open seven days a week from 9 am to 8 pm (though hours differ on the weekends), so if you somehow still have not yet gone to take a look at the place, now is the time to do it.