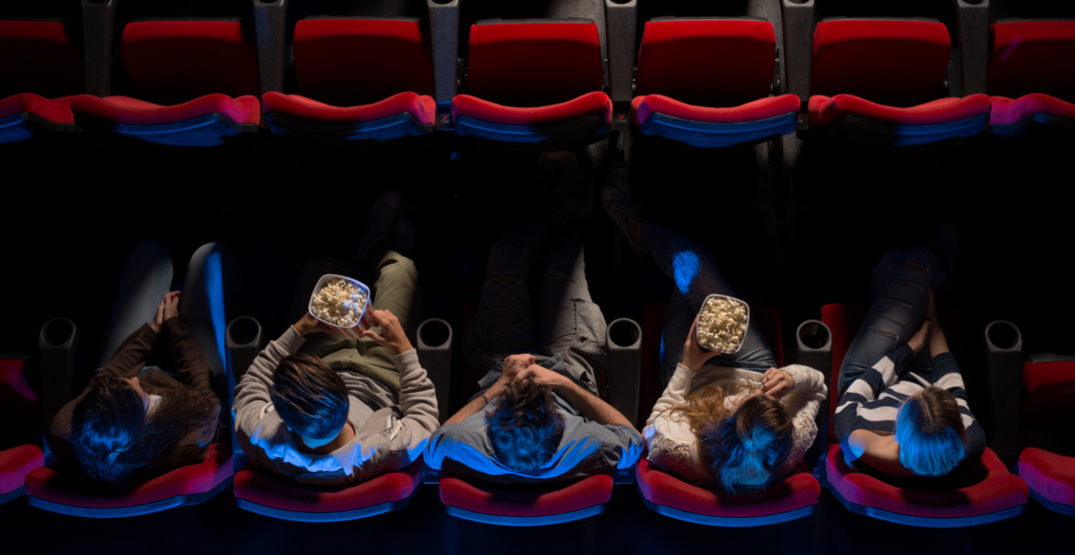 Calgary’s newest movie theatre is set to open this Friday.

Cineplex Cinemas East Hills has completed construction, with over 30,000 sq. ft. of entertainment space including sevens screens and over 850-seats.

According to a release from Cineplex, six out of seven of the new auditoriums will feature luxury recliner seats.

Attendees of the theatre will have their choice of UltraAVX and D-BOX entertainment options, along with the addition of an auditorium designed for young children, the first of its kind in Canada.

Renovations are also planned for Cineplex Odeon Crowfoot Crossing Cinemas, where the regular cinema seats will be replaced by fully reclining luxury seats, the same that can be found at Cineplex Cinemas East Hills.

“We are so pleased to open our newest theatre in East Hills,” said Ellis Jacob, President and CEO of Cineplex, in the release.

“With renovations set to begin at Cineplex Odeon Crowfoot Crossing Cinemas later this month, Calgary movie-lovers can look forward to an exciting new range of entertainment options to choose from across the city.”

Anyone hoping to catch a flick at the new theatre on opening day can check out showtimes at Cineplex’s website.