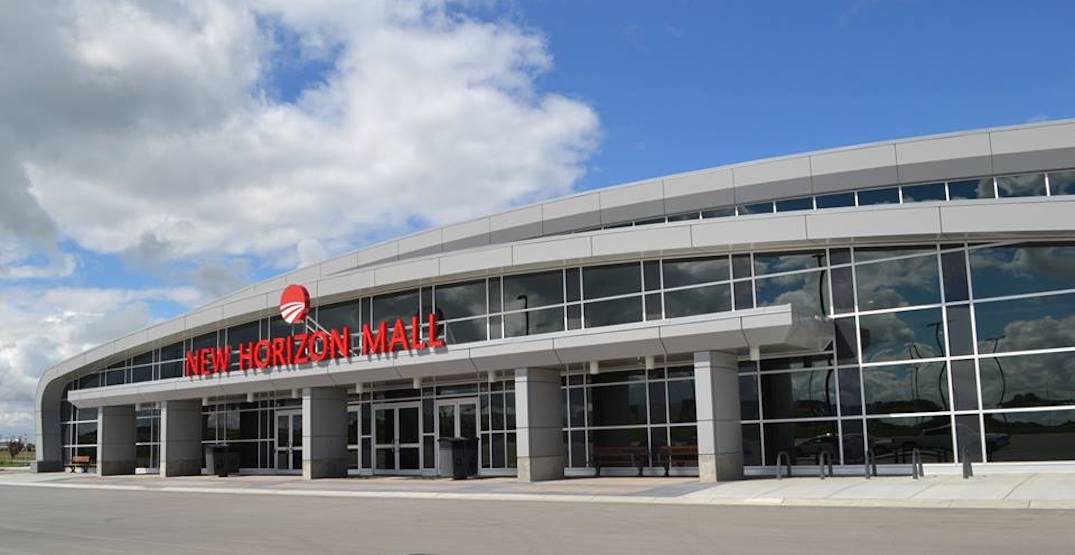 The much-anticipated New Horizon Mall may be slow to get its start following a soft open this summer, but that’s not to say that the 320,000-sq-ft retail space is completely empty.

Of the 500 or so retail shops that were available for purchase during the Balzac mall’s construction, just under a dozen have officially opened their doors to the public.

Many of the now-opened stores have been featured by the New Horizon Mall’s Facebook page in videos, such as Trend Up, which opened last month.

The first store to open in the mall was Koreana B&H all the way back in June, though neighbouring vendors have been slowly opening up shop, including Just Juniors, a store selling clothes for children aged 2 to 13, and D Fashion Boutique, a store specializing in Pakistani fashion and accessories.

Sizeable crowds were seen at the mall for one of the first times this past weekend when it held a mid-Autumn Mooncake Festival that included dancers, music, and over 3,000 people in attendance. 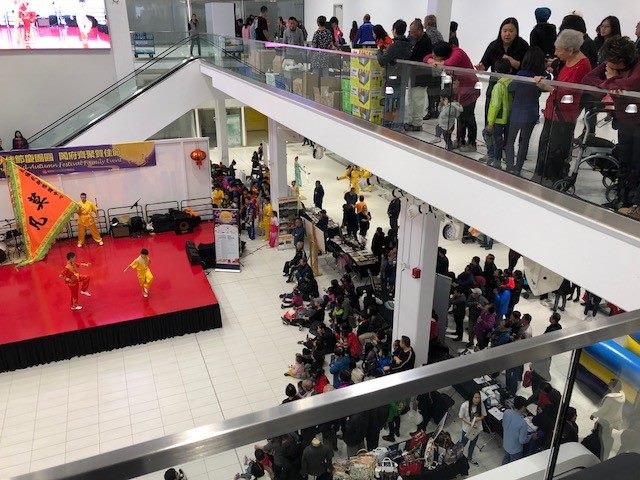 The official grand opening date remains “To Be Announced,” according to the mall’s Facebook page, though another seasonal event is planned for October 27.

While the mall remains relatively empty, websites like Kijiji are full posts offering to lease out the new mall’s retail spaces — showing that many of the store owners who initially purchased the units were not the small business owners that the mall is hoping to attract, but instead people hoping to lease out units to them.

Nearly 100 posts show up when “New Horizon Mall” is searched in Kijiji’s Calgary page, with many ads offering a few months of free rent in order to get the spaces filled. 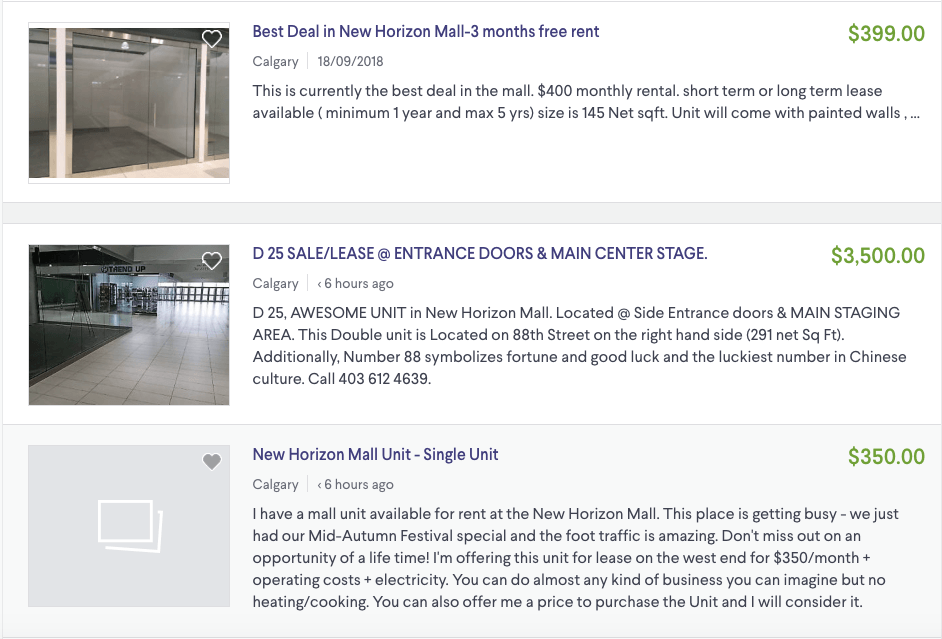 “Amazing special incentive of free rent for six months if you open your store before the end of December 2018,” one post advertises to prospective business owners.

Single units are generally being offered for around $500 a month, though that price goes up to over $3,000/month for triple-sized units.

Whether the mall will fill up by the end of 2018 remains to be seen, though some local Instagrammers have noted that the empty stores and hallways make for some interesting photo opportunities.