A hipster emoji is finally set to hit your smartphone this summer.

Yes now you have a quick way to tell your friends that you just saw a beardy, plaid shirt wearing, toque-adorned, guy, riding his fixed gear bicycle to the local craft beer taphouse.

The bearded man emoji is just one of over 50 new emojis being released in the upcoming Unicode 10 update.

That’s right. Apple users will have many more emoji options starting this June, according to Emojipedia.

Among other new emojis are a giraffe, pretzel, vampire, person climbing, fairy, mermaid (YAASSS), soda/milkshake, breastfeeding (umm what?), woman in hijab, a zebra, and a much needed “shhh” face.

And for all the food lovers, broccoli, coconut, and sandwich are finally here… How did we even live without broccoli emojis?

While these are the original sample images from Emojipedia, the website states that the mockups does not necessarily resemble the final versions. So basically, all of these glorious emojis are still subject to change.

The official release date is set for June 30, which means these should be released just in time for summer.

And hey look, we even get a curling rock. How very Canadian. 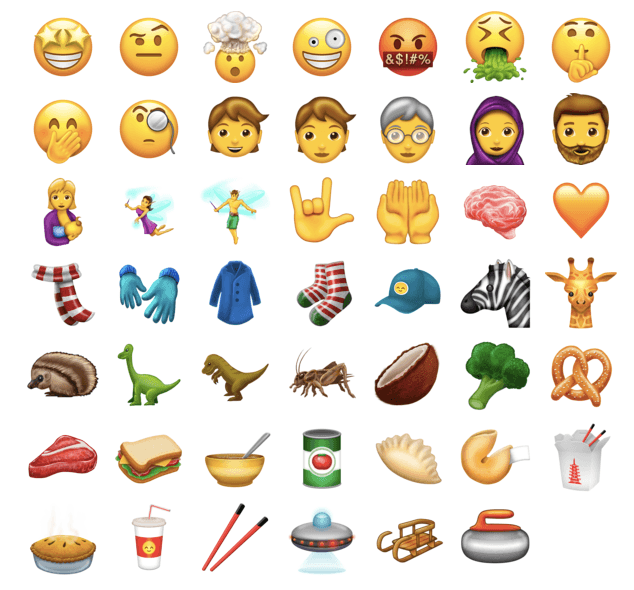