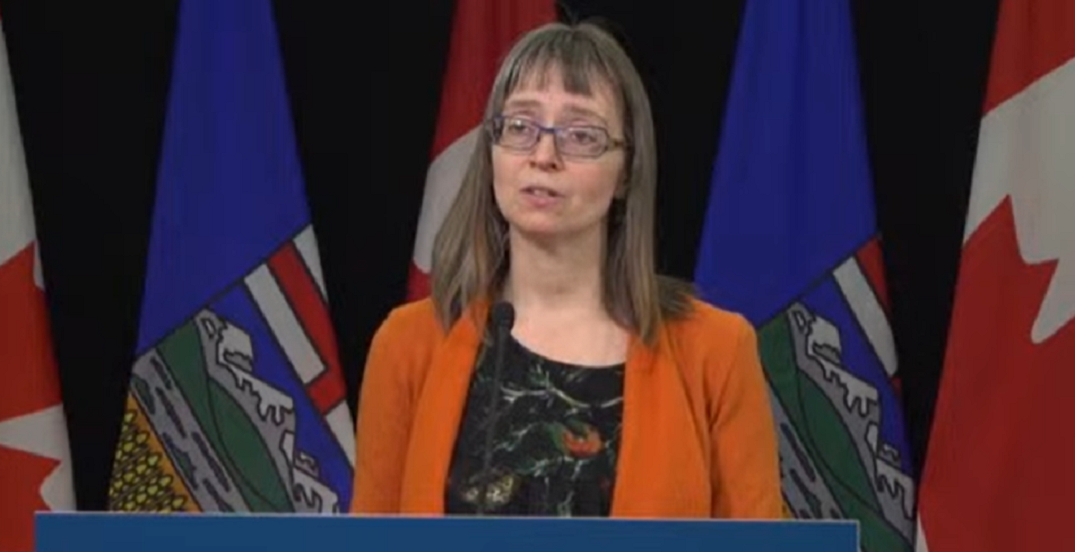 In a Thursday press conference, Alberta’s Chief Medical Officer Dr. Denna Hinshaw said the province has seen 319 new known cases of coronavirus in the past 24 hours.

This brings the province’s known total to 3,720.

She noted that there have also been two new deaths in the province, resulting in a total of 68.

Hinshaw has previously noted that an increase in positive tests was expected given that the province opened testing to all symptomatic residents last week.

A total of 480 cases have been detected in workers from the Cargill meat-packing plant in High River, according to Hinshaw, while 124 were found in employees of JBS Foods in Brooks, which has also seen an outbreak.