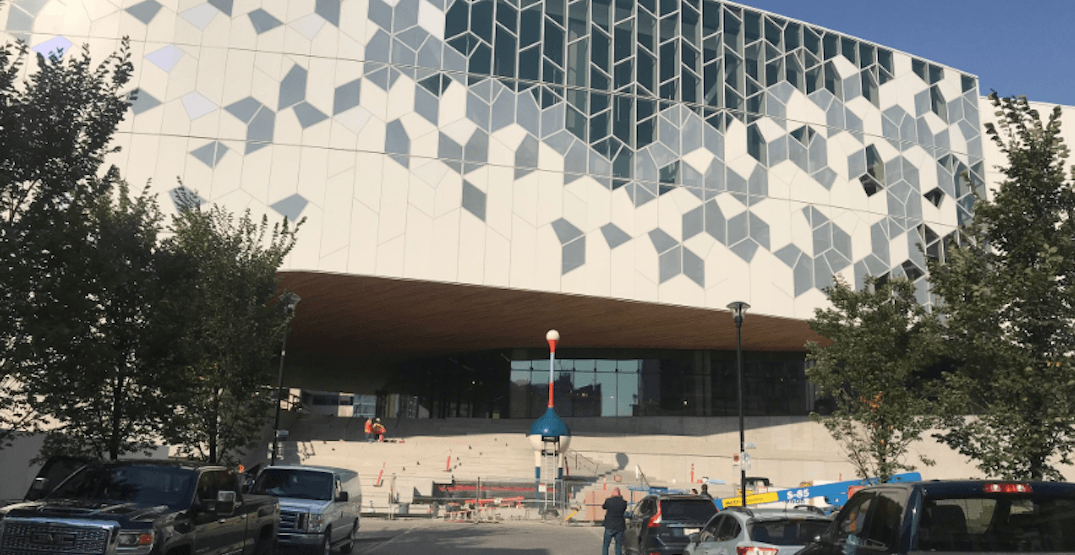 The New Central Library is getting some finishing touches before its official opening this November.

One of the last additions to take care of is the installation of the public art pieces that will call the library their home. They are currently being installed both inside and outside the building.

The artwork was created by Christian Moeller, an artist selected for the project through a  process that began way back in 2014.

“Today marks the first of a multi-day installation of the interior and exterior public art installations for the New Central Library,” said Michael Brown, president and CEO of CMLC in a September 7 release.

“When we announced Christian Moeller as the selected artist for the library in April of this year, we had a very positive response to his playful and colourful designs, so today we are thrilled to see his artistic vision come to life onsite at the library.”

To the library’s east side will be the installation TRIO, which features three 10-metre tall bird-like structures that will be capable of bobbing up and down like a drinking bird toy.

Each of the three structures will require three to four days to install and test, according to the release, though installation has already commenced and one of the pieces can currently be seen standing outside the building. 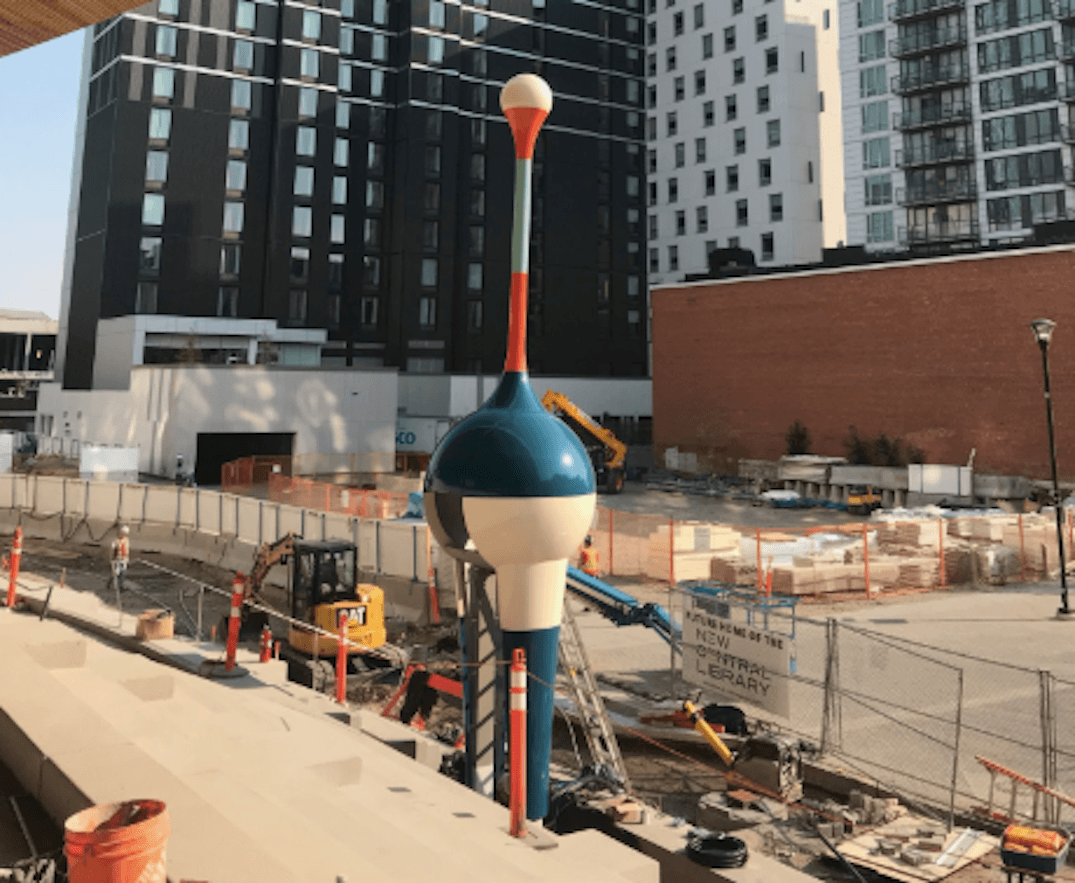 The other public art installation being created by Moeller will be located within the library itself and will be a wall of nearly 11,000 books that create the image of a fish.

The piece is being created with the help of volunteers who will arrange the books on the 10-foot tall, 45-foot wide structure.

“There is so much excitement leading up to the opening of the library, we created this volunteer program to give a handful of library lovers a chance to be a part of a major public art installation and a sneak peek behind the scenes of the library’s final stages of construction,” said Clare LePan, director of marketing and communications with CMLC, in the release.

“We had a great response to the volunteer call and we are so pleased to have the helping hands of the community assisting in this installation.” 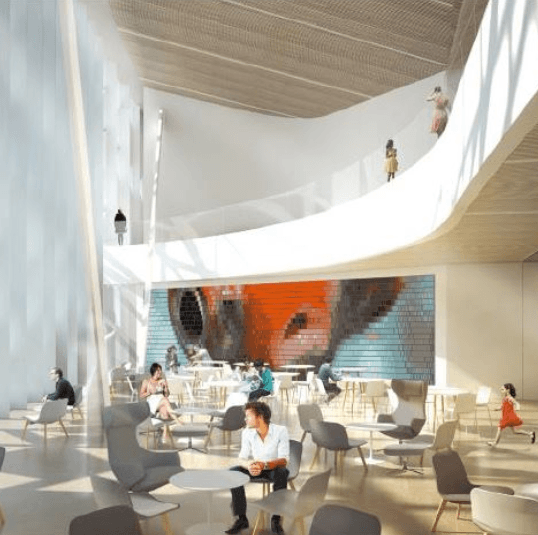 The combined cost of the public artwork is $2 million, the large bill being due to the City’s Public Art Policy, wherein a percentage of the overall cost of new buildings will go towards public art. As the New Central Library is such a large project, so too is the amount put towards art in the area.

The library is expected to open to the public on November 1, though a sneak peek is being offered to Calgarians on October 27 through the Great Golden Ticket Giveaway, which has placed 100 golden tickets throughout Calgary libraries.

Ticket finders and their guests (either one friend or however many members of their immediate family) will get an exclusive tour of the new library before doors officially open. More details on the giveaway can be found at the Calgary Public Library’s website.