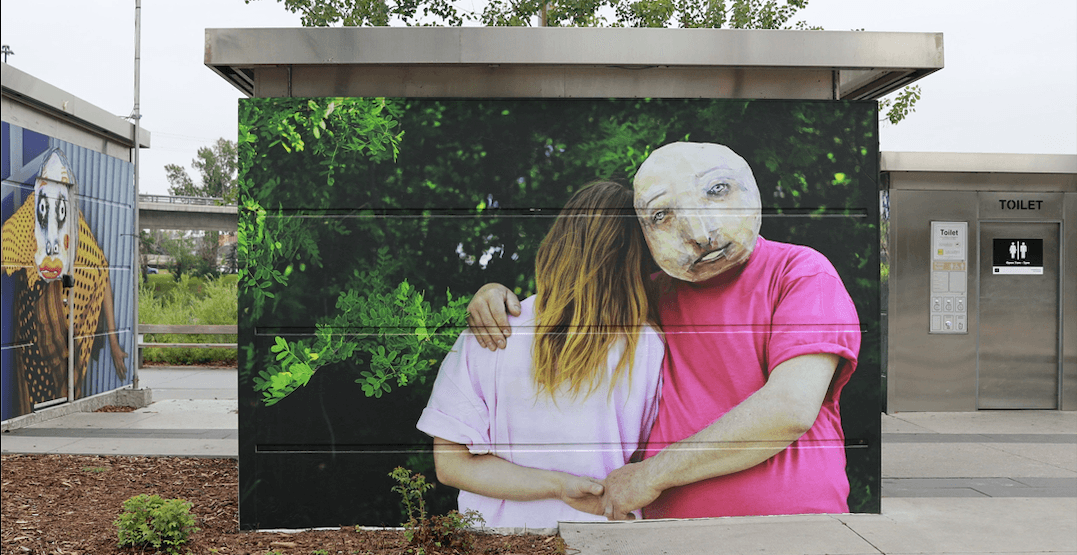 One of the murals from BRIDGE (Janet Davie)

A new public art installation featuring participants from the East Village community is causing quite a stir.

BRIDGE, created by Calgary-born-and-raised artist Katie Green, was commissioned by the Calgary Municipal Land Corporation and launched in April.

It reflects 13 participants from the community, including those from the Drop-In and Rehabilitation Centre, Calgary Family Services, the Salvation Army, local residents and seniors, the National Music Centre, and the Central Library.

According to the release, it “aims to empower locals to share their stories, especially those who don’t feel seen in [the] community and to experience the affirmation that comes from seeing themselves.” 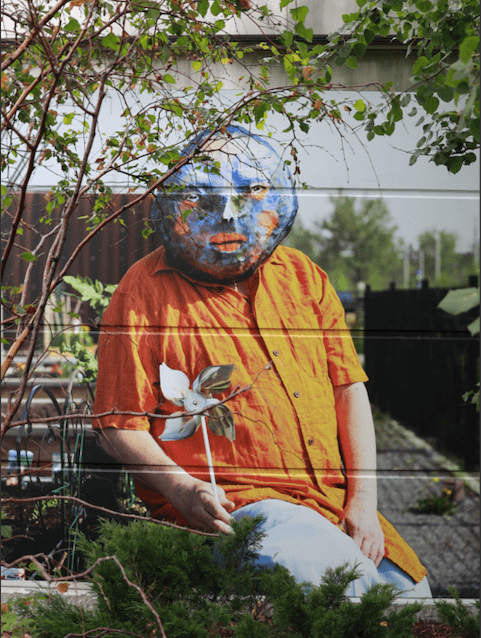 Green has been exploring the usage of masks and puppetry in her work for the past two years.

This interest spouted from the two residencies she did in Taiwan and Vermont. She had been in the process of making “surreal fantastical little portraits” and wondered what it might feel like to embody these paintings and turn them into a mask that she could wear and integrate with her body.

She would papier-mâché the paintings onto the cardboard forms, which are the masks, and ask questions like how the character moved and lived. 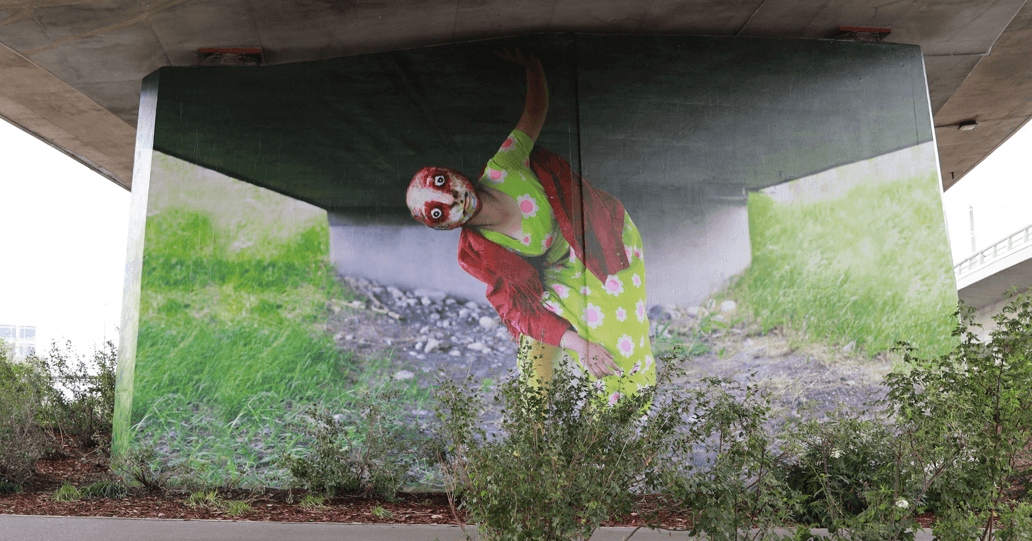 One of Green’s questions was “What sort of aspects emerge when you’re taking this 2D painting and creating it into a 3D object that then you are integrating with your body? And how can that help me explore aspects of myself?”

For her, undergoing this process was “really vulnerable…and really uncomfortable.” She got to explore aspects of herself that were “darker…and more challenging.”

“When I was able to actually put those paintings on, in a mask, I felt this sense of liberation or the sense of freedom to actually just exist as I was,” she said.

“I had this comfort of being behind this mask and…use this character as an extension of myself, to explore myself, but not have it be so confrontational.” 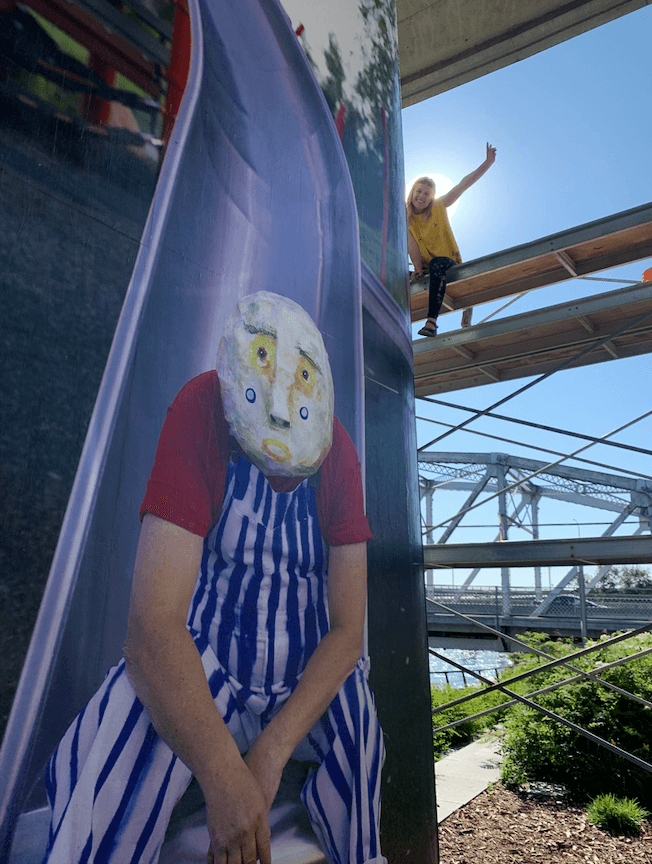 Green co-facilitated three workshops in May with an art therapist, where participants translated their stories by selecting from painted portraits she created. She made sure that the participants were in a safe space and that they would be comfortable sharing their stories out into the public.

The space made it possible for people “to really feel comfortable sharing parts of themselves.”

The project is called BRIDGE because Green wanted people from different community groups “in a room together, sharing their own narratives.”

“The intention…is to sort of bridge gaps between different individuals through the sharing of their own stories.” 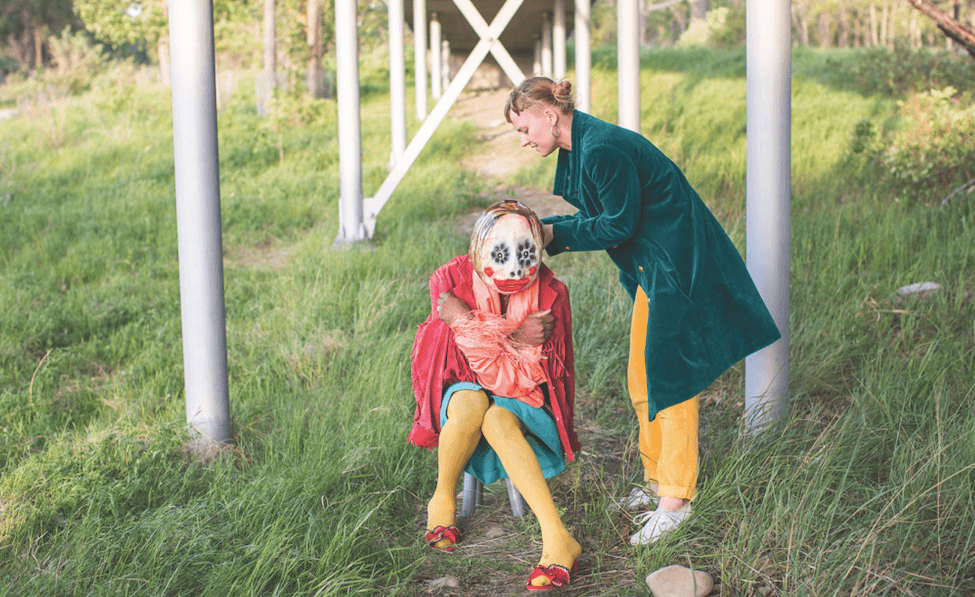 Reactions to BRIDGE have so far been mixed. When participants saw the murals, it was “a pretty surreal kind of giddy moment.”

Green has heard comments from the public of the artwork being “so creepy” but other reactions have been positive — people have been bringing their kids down to take photos of them in front of the site.

It “makes you stop because they’re so strange and I think for Calgary, at least, it’s not something people have really seen before.”

She hopes that, from her artwork, Calgary will be able to cultivate “a general curiosity and an openness to wanting to ask questions…I think it’s really, really powerful when a piece of work can create conversation and intrigue and questions.”

These murals are spread all over East Village.