A new condo being built in Calgary’s East Village has many amenities, but a parkade isn’t one of them. Instead, developers are giving homeowners a new bike and $500 toward Car2Go.

The innovative approach is meant to cut down on vehicle traffic and encourage residents to find alternative ways to get around.

The N3 development by KnightsBridge is just a block from the city core and is advertised toward “young urban explorers who would rather spend their free time playing than paying.” Included in the condo are social spaces for entertaining, a fitness centre, and outdoor gathering spots. Units have also been pre-furnished by IKEA.

But the most notable feature is the lack of parking for anyone with a vehicle, especially in a city as stretched out as Calgary. The idea is tailgating the city’s plan to become more eco-friendly, including an expansion of bike lanes.

Instead of a parking space, residents will be gifted a lifetime membership to Car2Go, $500 toward Car2Go minutes, a $500 Visa gift card toward Enterprise Rent-A-Car, a Biria “Easy Boarding” bicycle, underground storage and bike lockers and one year of free high-speed internet.

Due to the building’s close proximity to the city centre, residents may find they don’t need a vehicle to get to some of the city’s biggest destinations. The LRT is just steps away, as is the Central Library and City Hall, a Loblaws, a shopping centre, the St. Patrick’s Island park and numerous restaurants. 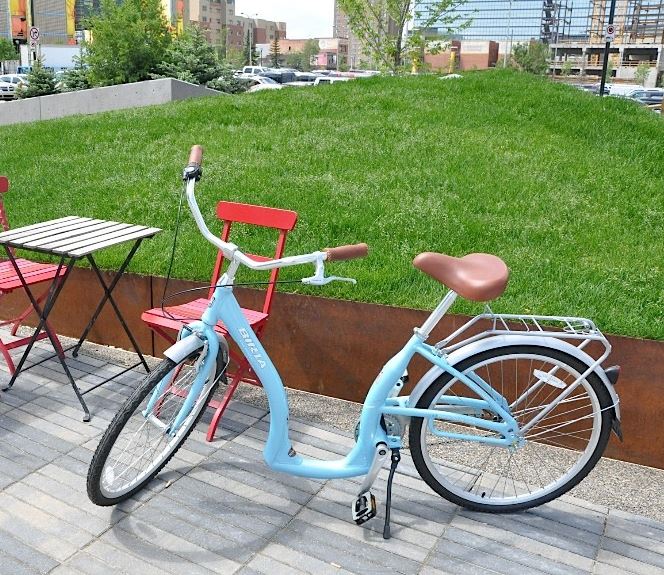