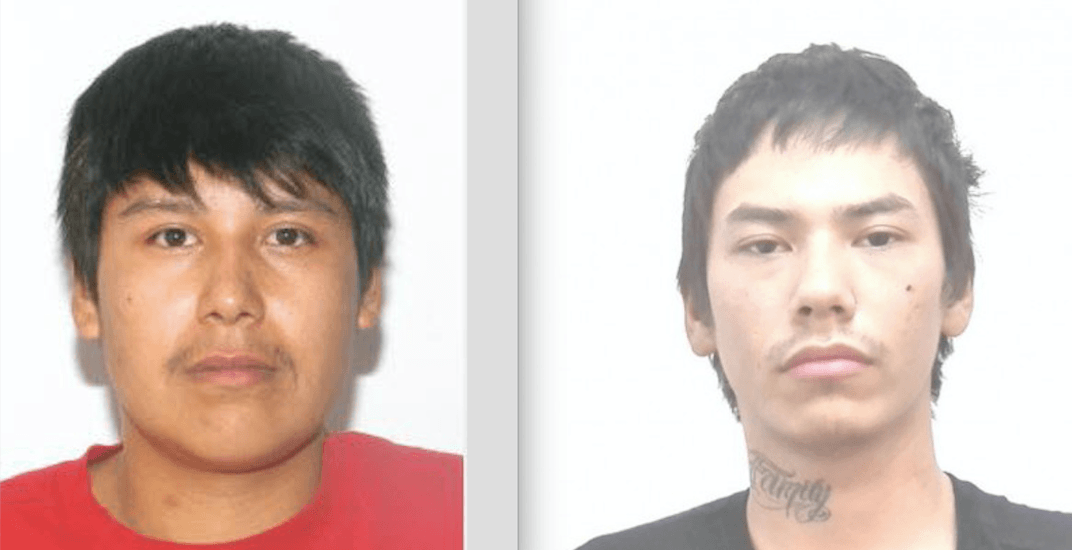 Police have issued warrants related to the death of 25-year-old Darby Shade, whose body was found in the Westbrook Mall parking lot on January 16.

A house party had been taking place across the street on the same night that Shade’s body was found, and police believe that an altercation in the house led to the use of pepper spray that night.

An autopsy found that Shade had died from stab wounds, and police have now issued warrants for two young men who had recently been sought for questioning about the incident.

According to a release from the Calgary Police Service, Whitebear is Indigenous, 5’11”, 190 lbs, with black hair and brown eyes.

Crane-Watchmaker is Indigenous, 5’10”, 140 lbs, with black hair, brown eyes, and a tattoo on the side of his neck.

Anyone with information on either of these men’s whereabouts, or information on Tuesday’s incident, is asked to contact the Calgary Police Service by calling 403-266-8477, or anonymously through Crime Stopper by calling 1-800-222-8477 or online through their website.