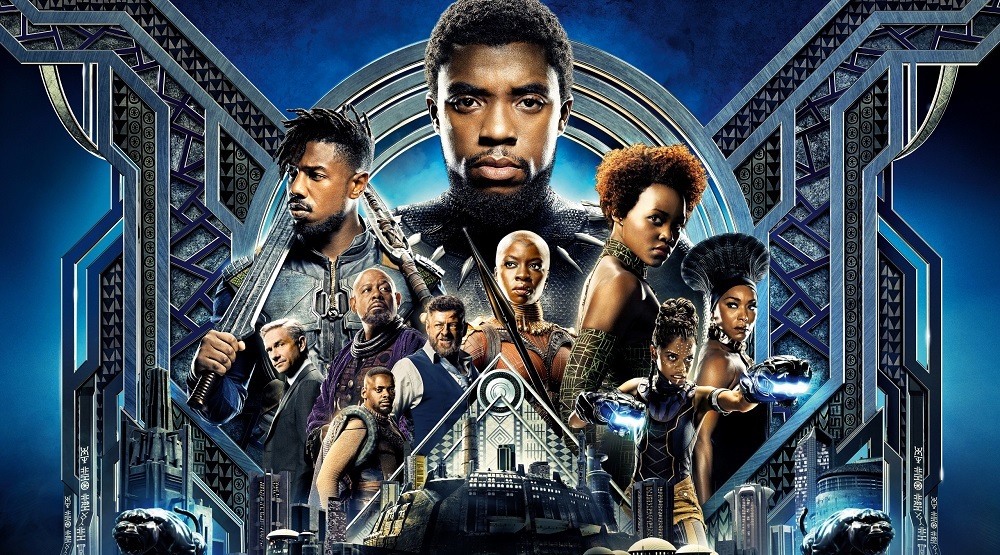 February is upon us and that means bad movies at the box office, right?

Before you write off the entire month check out some tantalizing titles that might pique your interest.

Helen Mirren kicks things off in a supernatural thriller, the Fifty Shades trilogy gets a long-awaited climax, and Marvel’s Black Panther claws his way on to the big screen for a solo flick. This month also brings a heroic true story from Clint Eastwood, some family-friendly fare, and a wacky murder mystery comedy starring Jason Bateman and Rachel McAdams.

Here’s your handy guide to some new movies hitting theatres in the coming weeks.

Something sinister is afoot in this supernatural flick starring Helen Mirren. The Dame herself plays an eccentric firearm heiress who believes she is being haunted by the souls of people killed by the Winchester rifle.

It sounds pretty farfetched (even by Hollywood horror standards) but the story is loosely based on the famed Winchester Mystery House mansion in San Jose, California. The movie also stars Jason Clarke, Sarah Snook, and Angus Sampson from the Insidious series.

Kinky thrills abound once again in Fifty Shades Freed. Dakota Johnson and Jamie Dornan are back burning up the big screen for a third time. Based on the bestselling book by E.L. James, the plot begins with newlyweds Anastasia and Christian enjoying some sensual marital bliss.

However, things take a dark turn as Ana’s life is threatened when her former boss swears revenge for being fired and her nemesis Elena returns to haunt Christian. It’s shaping up to be one epic climax!

Veteran director Clint Eastwood returns with a thriller based on true events. This harrowing but heroic story chronicles the Thalys train attack. In 2015, a man opened fire inside a passenger train traveling from Amsterdam to Paris before his assault rifle jammed and he was subdued by three American friends, two of whom were off-duty members of the US Armed Forces.

What’s notable about this film is the real-life heroes – Spencer Stone, Anthony Sadler, and Alek Skarlatos – actually play themselves.

The plot follows Peter’s feud with farmer Thomas McGregor (Domhnall Gleeson) as they compete for the affections of a kind animal lover (Rose Byrne) who lives next door.

Marvel is so confident in its movies the studio can now release them in February! The buzz about this one is palpable; Black Panther’s advanced pre-sales outpaced all comic book movies (ever) on Fandango’s online ticket service. Chadwick Boseman suits up for a thrilling and politically-charged standalone flick.

In the aftermath of his father’s death, T’Challa returns home to the mystery-enshrouded (and technologically advanced) African nation of Wakanda to take his place as king but a long-time adversary soon emerges. The film’s cast includes Michael B. Jordan, Andy Serkis, Lupita Nyong’o, The Walking Dead’s Danai Gurira, and Get Out star Daniel Kaluuya.

An animated Stone Age comedy hits theatres with this stop-motion adventure. Set during the dawn of man the story revolves around caveman Dug (Eddie Redmayne) as he unites his tribe against mighty Lord Nooth (Tom Hiddleston) and his Bronze Age City.

The movie was made by Aardman, the studio behind Wallace and Gromit and Chicken Run, and also features the voices of Timothy Spall and Game of Thrones’ Maisie Williams.

In a strange twist, Annihilation’s international distribution was sold to Netflix by Paramount, apparently after poor test screenings deemed the movie “too intellectual and complicated” for mainstream audiences.

Imagine falling in love with a spirit who wakes up every morning in a new body. That’s the unconventional premise of this romantic drama. Angourie Rice (The Beguiled, The Nice Guys) plays a 16-year-old who strikes up a romance with a ‘traveling soul’ who lives a different life every day.

The movie, based on David Levithan’s 2012 novel, was shot in Toronto and also stars Maria Bello, Justice Smith, plus former Disney star and singer Debby Ryan.

A simple social gathering gets wildly out of control in this dark comedy from British screenwriter and filmmaker Sally Potter. Janet (Kristin Scott Thomas) decides to host a party to celebrate her promotion but, as guests start arriving, things quickly unravel.

A group of friends, who regularly meet for game nights, find themselves in the middle of an actual murder mystery in this madcap comedy.