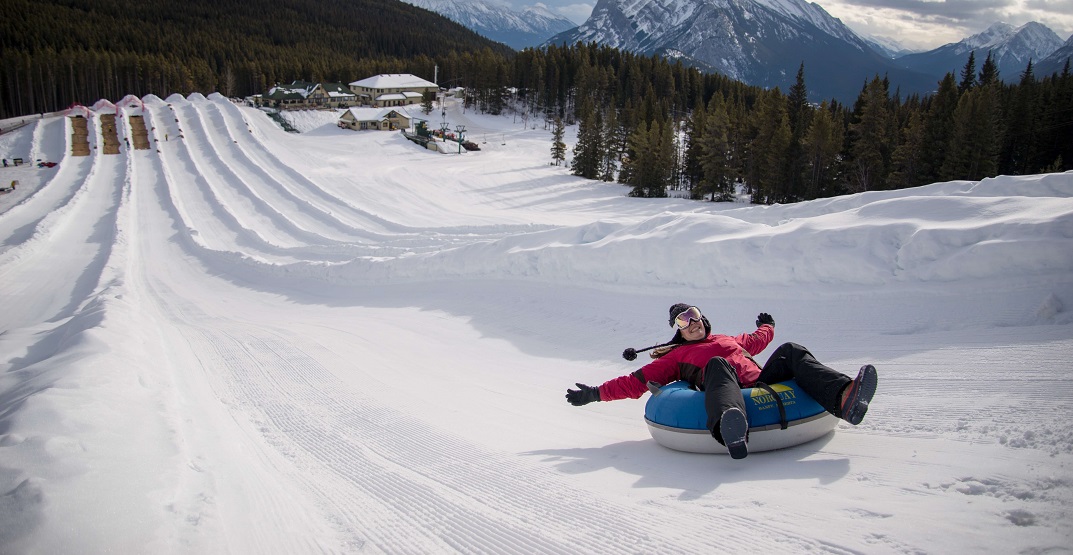 It’s slipping and sliding season over at Mount Norquay.

The mountain resort has announced its plans to open its tube park for the season, officially inviting guests out to the eight-lane hill for some frosty fun.

The first inner tubes will be plummeting down the park as of Thursday, December 12, and guest aged four and over (though at least 42 inches tall) will be able to do some laps of the park from 10 am to 4 pm.

An on-site magic carpet towing system saves tubers from having to hike back up the hill every time, and tubes are supplied by the resort — meaning you simply have to get yourself (and family or friends) out to the hill to take part in the high-speed excitement.

Mount Norquay also announced that they would be officially opening their Winter Sightseeing experiences as of Friday, December 14, which can be added to a day of tubing for an extra $12 to $17 per person.

Those hoping to tube on a budget will be able to get an hour’s worth of sliding in during the last hour of operations each day, taking $10 off the usual price if tickets are bought at 3 pm.

So, who’s ready to race down the hill?