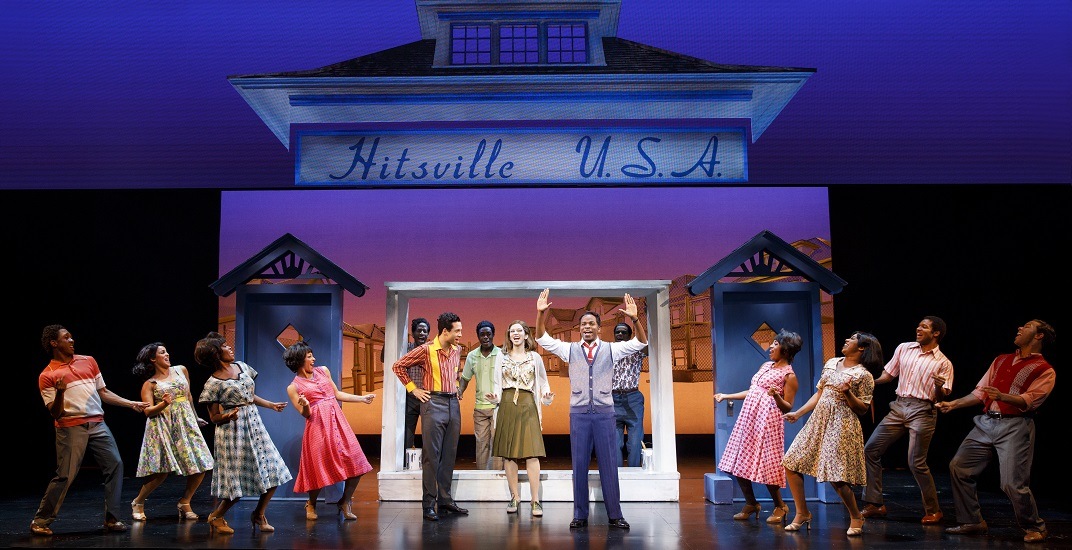 Looking for some sizzle to warm up from the winter weather?

Motown The Musical is a hot blast of fun.

Full of crowd-pleasing renditions of classic Motown tunes such as “Ain’t No Mountain High Enough,” “My Girl,” and “Baby I Need Your Lovin,” this musical bio on the life of Berry Gordy, the founder of the Motown record label, is burning up the Jubilee Auditorium stage until February 25.

Motown The Musical is a jukebox musical (think Mama Mia! and Jersey Boys), using the classic hits sung by Motown’s biggest stars such as The Supremes, The Temptations, Jackson 5, and Marvin Gaye to tell its story. We get to see how these artists rose from their humble beginnings to become American music icons. We also get the inside scoop on how many of the hit songs came to be, amidst the backdrop of the Civil Rights movement. 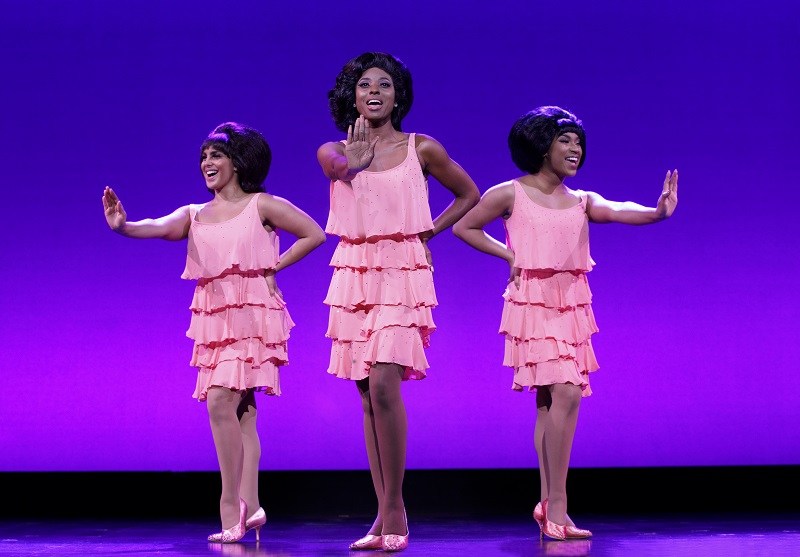 What holds this production back, is effectively telling its ambitious story. There’s a lot of ground to cover, spanning from 1938 to 1983. Because of all the different storylines happening, the focus is often unclear and the show comes across as fragmented. As an audience member, it’s hard to feel emotionally connected because of all the loose ends.

However, the show is very entertaining, with audience members cheering whenever a famous song begins. There’s also a fun Diana Ross section that involves audience participation. 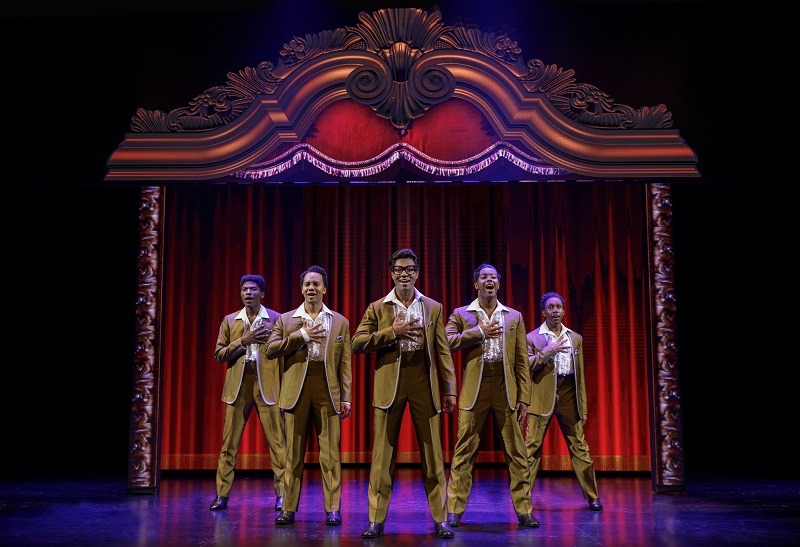 Director Charles Randolph-Wright has done an excellent job of keeping the action flowing continuously. Patricia Wilcox and Warren Adams’ choreography skillfully recreates the classic dance routines of the Motown era, down to the iconic Supremes walk, and hot Jackson 5 moves.

The visual presentation is just as impressive as the musical numbers themselves. Thanks to David Korins’ sets and Natasha Katz’s lighting, we get an exclusive backstage look into the world of Motown, from the platinum record-lined, velvet curtained walls of the Motown records offices, to the stages of the Ed Sullivan Show, The Copacabana and Hollywood Palace.

When the Motown artists play a cross-national tour during the first act, a moving map behind the performers tracks where the tour travels, while also depicting images that signify the increasing racial tensions of 1960s America. 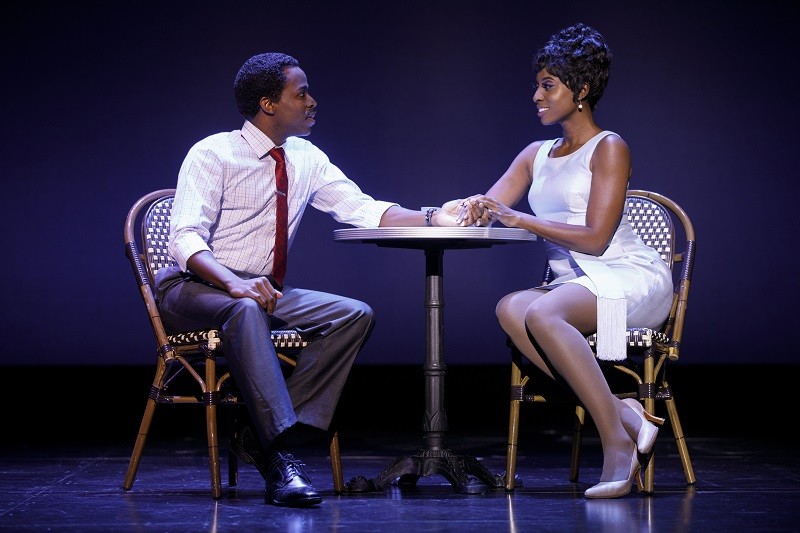 Costume designer Emilio Sosa also deserves a shout-out for his fine job recreating the iconic images of Motown music legends. As the story spans almost five decades, Sosa has done an impressive job recreating the fashion and styles of each decade with his costumes and wigs.

As Berry Gordy, Kenneth Mosely delivers a genuinely touching performance. His portrayal of Gordy begins as a soft but ambitious persona of a young man determined to touch people of all races with his music.

As the story unfolds, his character get blindsided by ambition and Mosely does an outstanding job of relating Gordy’s personal and career dilemmas. Not to mention, Mosely’s voice is sensational and he really conveys his character’s emotions through his singing, starting with his innocence-filled rendition of “To Be Loved,” to his heart aching “Can I Close the Door.” 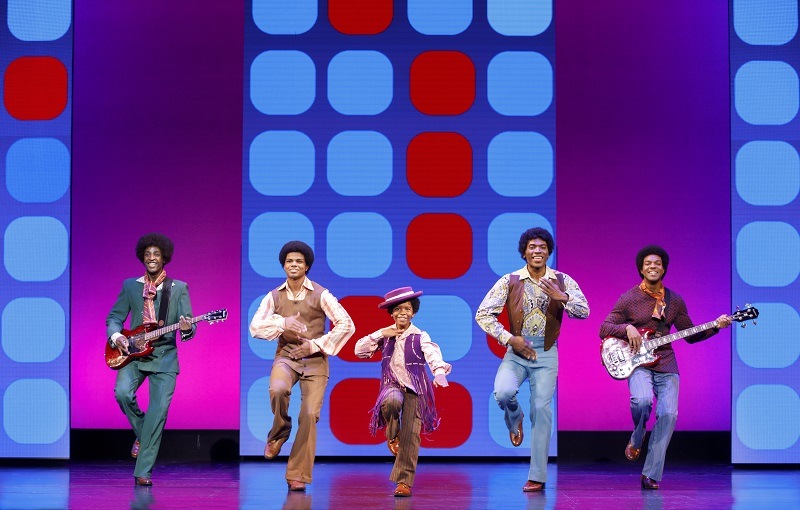 Also a highlight, is American Idol alumni Trenyce as Diana Ross. She does a brilliant job of depicting Ross’ journey from a wide-eyed young girl, to blossoming into a world-famous diva. One of the great things I noticed about Trenyce’s performance, in addition to her fabulous singing, is how believably she develops Ross’ stage persona throughout the show, and how it differs from her delivery of Ross’ off-stage personality.

Motown the Musical is an enjoyable tribute to the man and artists that defined American culture. It’s a show full of the soul, swagger and genuine passion that made the world fall in love with Motown.