The electronic music and arts festival will be held at Beaverfoot Lodge near Golden B.C. from July 21 to 25. Motion Notion offers a multi-day boutique festival experience with an eclectic line up of internationally renowned and beloved regional electronic artists. This year’s event will feature three brand new stages, four independent stages, riverside on-site camping, and much more.

2016’s headliners include the likes of Krafty Kuts, Far Too Loud, Danny Byrd, Sander Kleinenberg, Phutureprimitive, Aphrodite, Earthling, and much more. The event is slated to feature world-class talent and regional artists on its multiple stages. Another major perk includes the site’s free camping alongside the area’s beautiful forests, a glacial river, and other natural gems.

Perfect for anyone who’s looking for a number of different experiences in one place, Motion Notion 2016 will offer a wide variety of workshop experiences. These include a Galaxy Class, Aerial Hoops, Surya Yoga, and much more. Ticket holders can also look forward to a cedar sauna, sensory deprivation tanks, a sheesha lounge, Slip n’ Slide, along many other unique experiences. 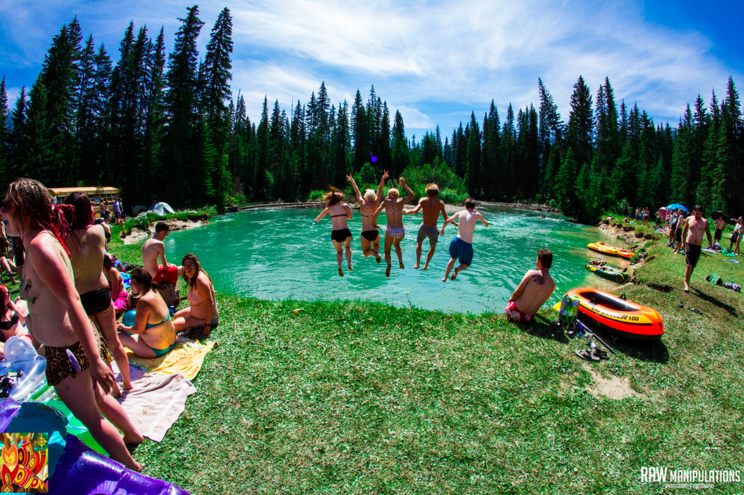 “I’m extremely excited about this year’s Motion Notion,” says festival director Kevin Harper. “We have some of the biggest changes and additions we’ve ever done since moving to B.C.”

“Expect to be transported to massive new worlds filled with the best sound, lighting, visuals, special effects and entertainers to tantalize your every sense while you listen to some of the best music on the planet.” 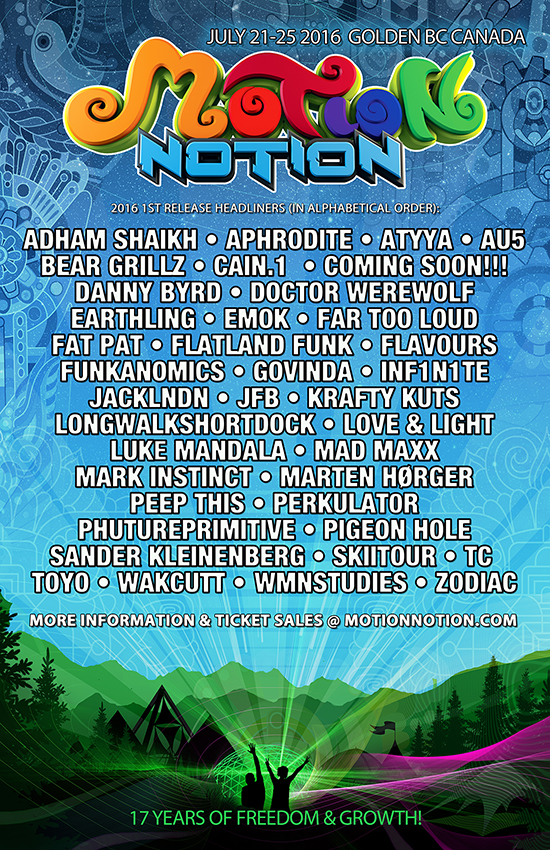 Where: Beaverfoot Lodge near Golden B.C.