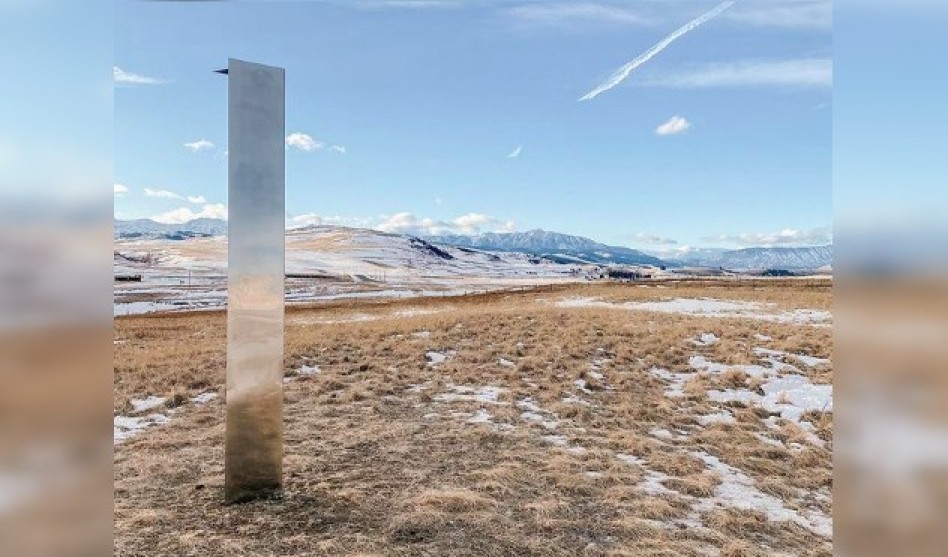 Well, if you thought the monolith craze was over when 2020 ended, it looks like you were wrong.

Alberta now has its first 2021 monolith sighting, just eleven days into the new year. Calgarian Noelle Cameron, who saw the tall metal pillar with her family, posted pictures of the discovery on her Instagram. “My husband actually gets all the credit,” Cameron told Daily Hive. “He is the one who saw it randomly standing there in a field,” she added.

The object was standing upright in a field, just off Highway 22, at the Oldman River crossing.

Cameron’s post read, “they just happened to be driving past,” and pulled over to investigate further. These tall, metallic objects have been popping up, seemingly at random, since last November. The first one was discovered in Utah when a helicopter flying overhead noticed it. Since then, they have been popping up all over the world.

“It’s in a really windy area where semi-trucks regularly tip over,” said Cameron. “It wasn’t buried in the ground, so it was sturdy. There were no obvious points where it was held to something in the ground,” she added.

Who is making these obelisks? Why are they doing it? Like many people around the world, the Cameron family enjoyed talking about their theories. “It must be aliens,” one Cameron-family member stated in the Instagram caption. “There’s no tire tracks.”

Noelle Cameron has her doubts. “I wish it was aliens, but I found an article about one appearing in Lethbridge, and they look similarly done,” she told us.

The mystery of the monolith continues.