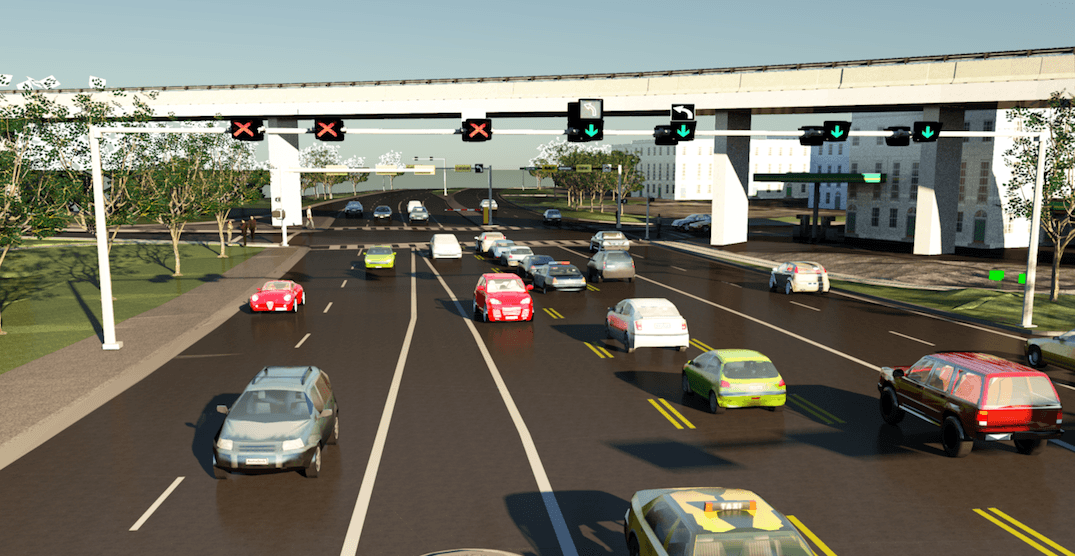 Commuters heading in and out of the city on Memorial Drive will need to be extra attentive on Tuesday, as the city has announced that a new lane reversal system will begin operations.

This isn’t the first time that Memorial Drive has seen lane reversals, as a temporary system was put into place back in 2016.

Still, it has been a full year since it has been in operation — due to maintenance crews on the Reconciliation Bridge — so the city release is urging drivers to be extra alert when driving in the area.

“It’s a big change that drivers need to be aware of,” said Pat Grisak, senior leader of Operational Improvements at the city, in the release.

“We are asking motorists to exercise caution while driving through the area, obey all traffic control devices, and watch for gates that will open and close the dual turn lanes by time of day.”

According to the release, the new automated system will allow for dual eastbound left-turns to Edmonton Trail from 3 to 6 pm, Monday to Friday, and then switch to dual westbound left turns into downtown at all other times of day.

Drivers will not have to fully rely on the automated signage just yet, however, as the City will be assisting throughout the month of September.

“To make the transition easier and safer for drivers, we will continue to place traffic cones to augment the lane controls and signals until the end of this month,” said Grisak in the release.

“But starting October 1, the system will be fully automated with no temporary traffic control.”