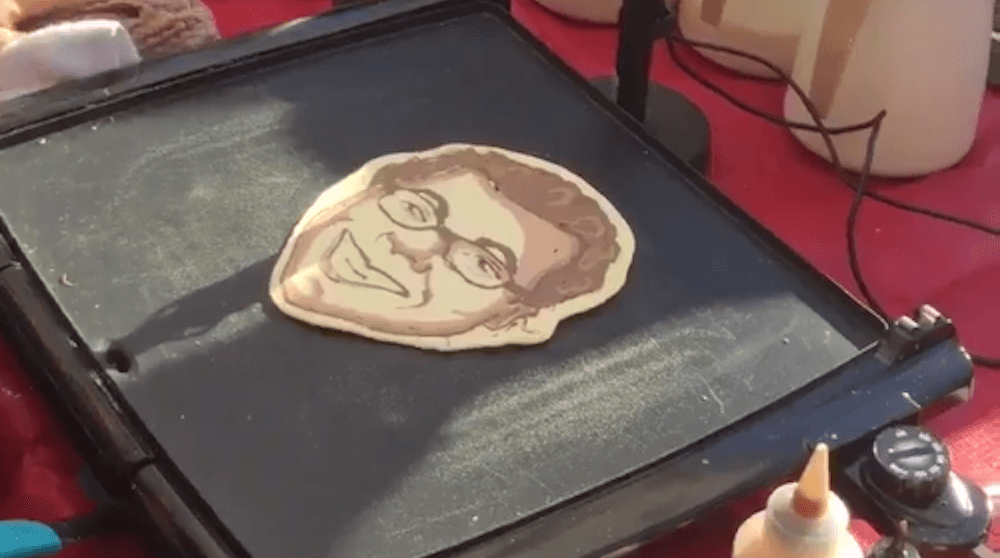 Pancakes and Stampede go hand-in-hand and today the first pancake breakfast along Stephen Ave kicked off.

Organizers at the #firstflipyyc breakfast had some mad skills, as they artistically crafted a portrait of Mayor Nenshi out of pancake batter.