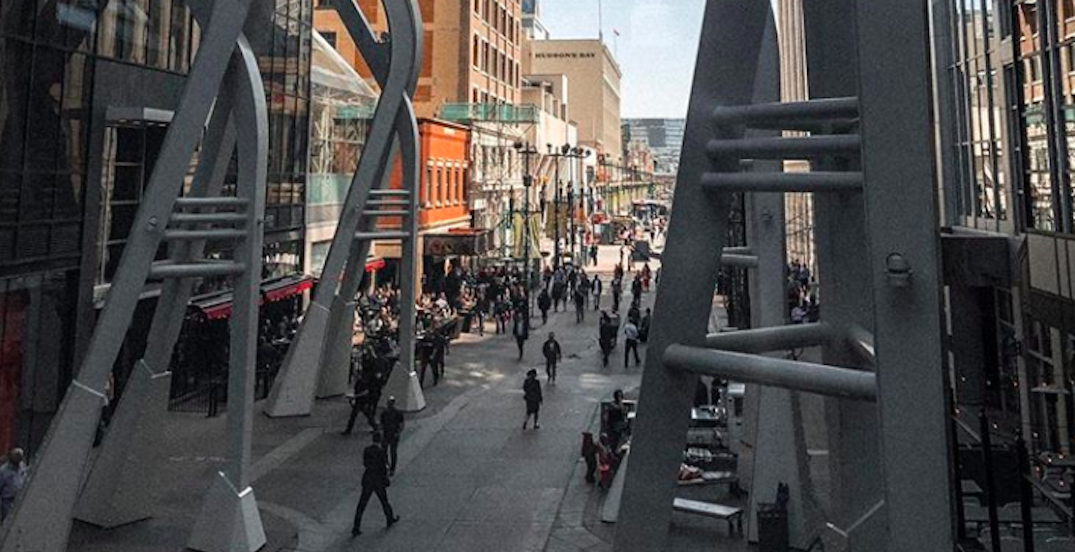 Police have confirmed that a dead body was found in the wall of a Calgary shopping centre washroom this morning.

According to a spokesperson from the Calgary Police Service, officers were called to the Core Shopping Mall at around 9:30 am this morning after reports of a dead body being discovered.

The body was found in a women’s washroom the fourth floor of the mall, police said. It has also been confirmed that the body is that of an adult male.

A release from the Calgary Police Service stated that the dead man was discovered during maintenance that required a panel to be removed from the mall.

Police do not suspect that any foul play contributed to the death, though circumstances remain undetermined, and police continue to investigate how the man died, and how he ended up inside the wall.

The Calgary Fire Department was called to the scene to assist in removing the body.