Calgary transit has announced the arrival of their first Siemens Canada CTrain car to Calgary.

Each new government-funded car costs $3.2 million, and Calgary is expected to receive 63 of the newly designed CTrain cars, according to the City of Calgary.

Mayor Naheed Nenshi introduced the first “Mask” CTrain car on January 15 with Calgary Transit, according to a City of Calgary tweet.

The new CTrain cars are named “Mask” as the design was inspired by a hockey goalie mask. It is meant to represent individuality, reliability, style and protection.

The new cars will enhance the four-car CTrain service, carrying about 800 passengers per trip.

Featuring heated floors, air conditioning, improved seating, better lighting, and on-board digital displays, these cars are sure to be a welcomed upgrade by Calgarians.

Mayor Nenshi told the City of Calgary, “this is great news for Calgarians. From heated floors and air conditioning to increased accessibility and more comfortable seating, these new trains will make using public transit an even better choice for our citizens.”

The 63 new CTrain cars will be replacing the older U2 models.

Here is a video and a few photos of the new “Mask” CTrain cars: 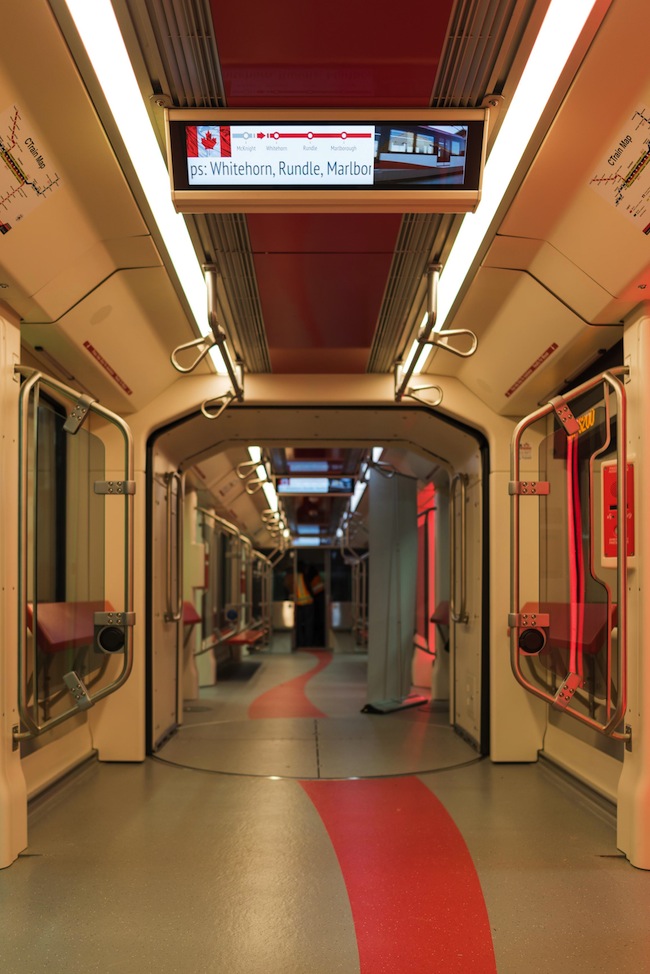