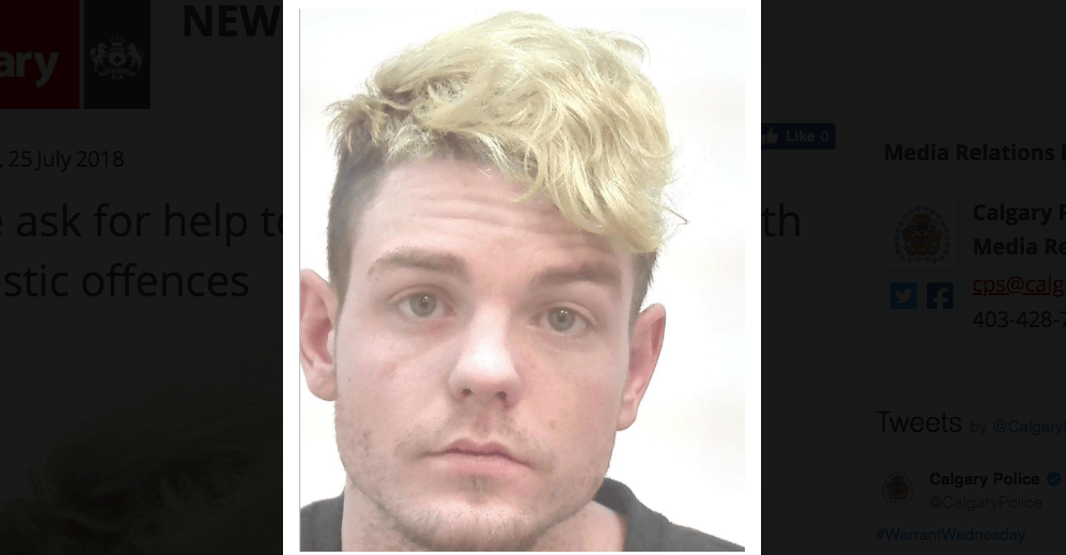 The Calgary Police Service is trying to track down a man wanted on warrants related to a domestic assault incident.

According to a release from CPS, 27-year-old Christopher Munro is wanted for allegedly assaulting a woman he was in a relationship with, robbing her, and then kidnapping her and her roommate in a stolen vehicle.

The incident occurred at 6 am on Monday in Calgary’s Riverbend Neighbourhood, and Munro allegedly drove the two women 10 km away to the community of Lincoln Park before ordering them to get out.

The first woman suffered minor injuries while her roommate was uninjured during the ordeal.

Munro is described in the release as Caucasian, 5’10” tall, with a slim build, green eyes, and blond hair that he may have dyed blonde.

He is wanted on warrants that include charges of two counts kidnapping, uttering threats, intimidation, robbery, motor vehicle theft, and theft under $5,000.

Munro was last seen driving off in a grey 2006 Ford Focus, and anyone with information on his whereabouts is asked to contact the CPS non-emergency line at 403-266-1234, or anonymously through Crime Stoppers by calling 1-800-222-8477, or online through their website.