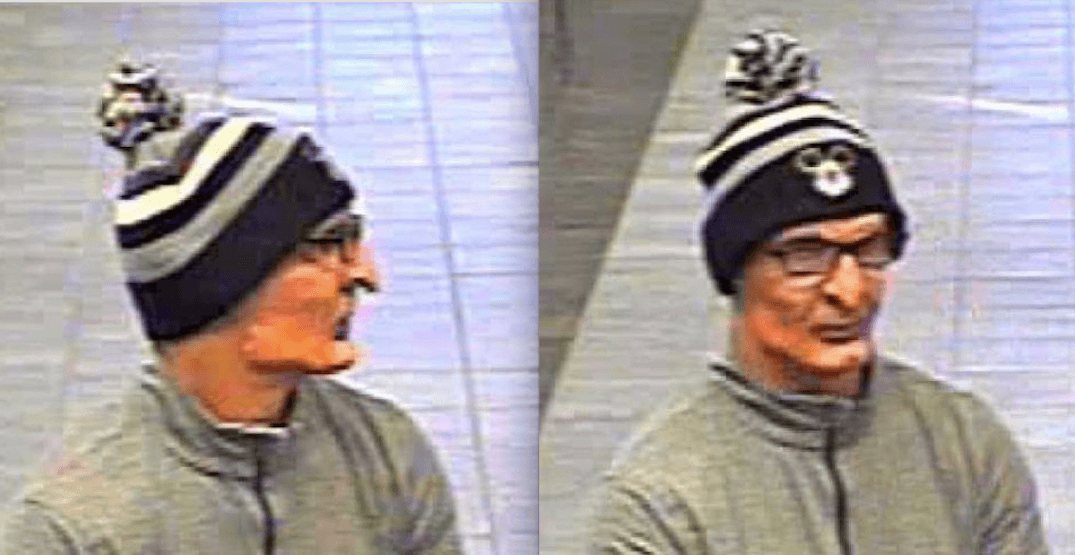 An ATB Financial on 50th Avenue in Leduc, Alberta was the target of an armed robbery on Thursday, when a man wearing what police described as “a disguise” walked into the building at 2:25 pm and demanded money from bank employees.

The suspect had been brandishing bear spray, and video surveillance footage captured images of the man wearing a mask that severely distorted his nose and chin, along with a pair of glasses that may or may not have been a part of the disguise. 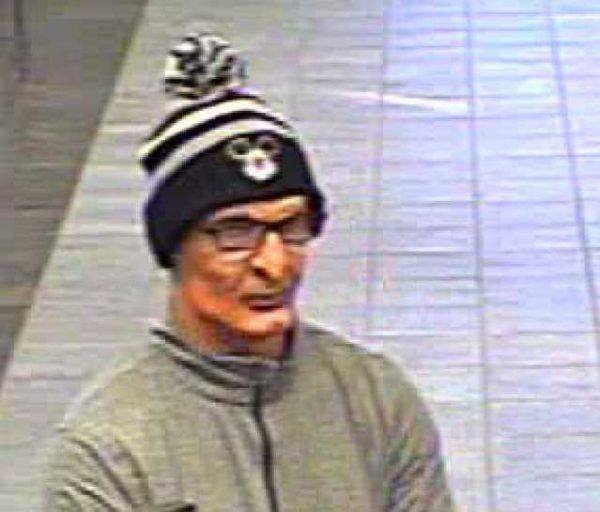 The Leduc RCMP release also states that he had been wearing a striped toque, a grey sweatshirt, black pants, and black shoes. He is approximately 5’7″ tall, according to the release.

No one was injured in the incident as the man’s bear spray was not discharged, though investigators would still like to hear from anyone who may have seen the suspect before or after the robbery, when the man appeared to have fled on a dark-coloured bike. 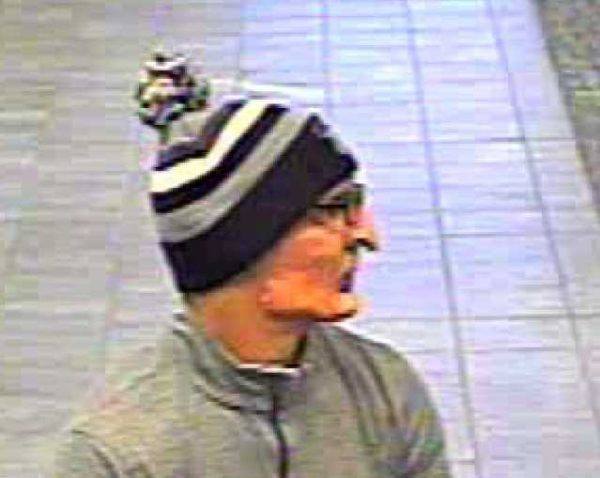 Anyone with information on the incident or the identity of the suspect is asked to contact the Leduc RCMP at 780-980-7200, or their own local police. Tips can also be left anonymously by calling Crime Stoppers at 1-800-222-8477, or by visiting their website.