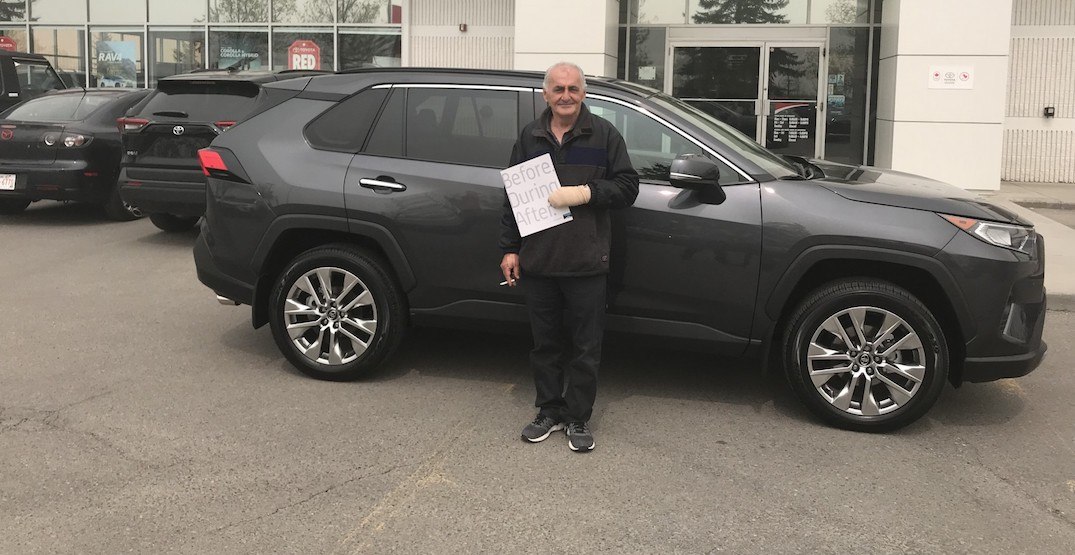 The Calgary Police Service is trying to track down a man who has allegedly stolen multiple new vehicles from Canadian dealerships.

According to a CPS release, the man purchased a brand new Toyota Rav4 from a dealership on the 300 block of Canyon Meadows Drive SE on Tuesday, May 28, through a bank loan.

The man took possession of the vehicle on May 30, though police now believe that the identification he provided for the loan had been fraudulent.

Calgary police also learned on Tuesday, July 23, that a suspect who had used the same identification had pulled a similar con a few days prior to the Calgary offence, though at an Ontario dealership.

The man provided a driver’s license, SIN card, and health insurance card, which police believe was illegally obtained from a victim in Quebec.

The release describes the man as 60 to 70-years-old, with a French accent, multiple tattoos on his back, chest, and arms, and may have an injury, deformity, or identifying mark on is left hand, as it was bandaged in a photo taken of him at the dealership.

Anyone with information about the man’s identity or the alleged offences is asked to contact the Calgary Police Service’s non-emergency line at 403-266-1234.