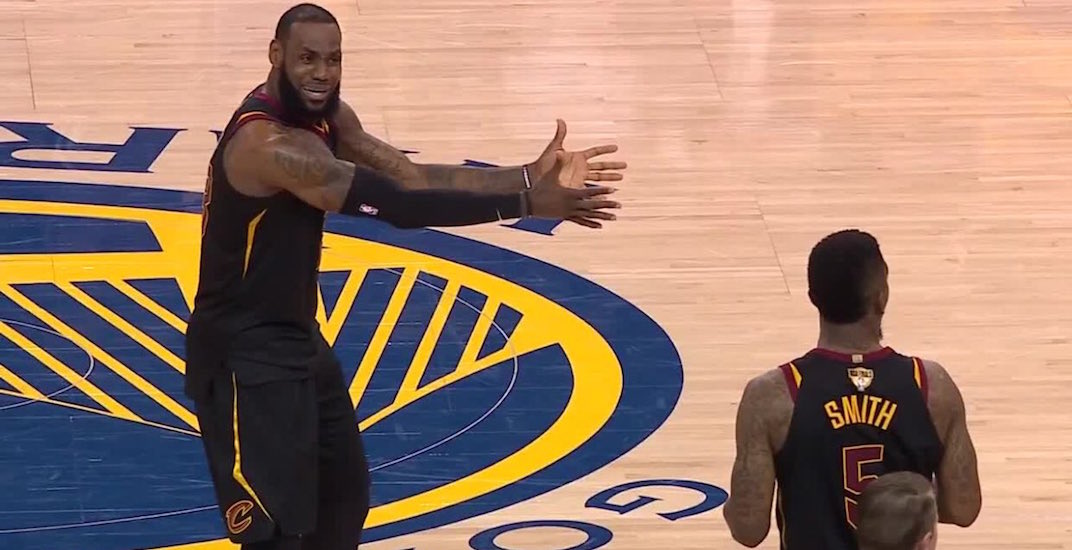 Game 1 of the NBA Finals was an instant classic. A close game throughout, the Cavaliers had the ball down by one point with time ticking down.

George Hill was fouled, sending the Cavs guard to the free throw line with 4.7 seconds left in the fourth quarter. Hill hit the first shot to tie the game, but missed the second.

JR Smith swooped in for the offensive rebound, making him a momentary hero, as it should have given Cleveland a glorious chance to win the game.

Just one problem. Smith thought the Cavs were winning and ran out the clock.

He could have put up a quick shot after the rebound, he could have passed to LeBron James, who had 51 points in the game. Anything but waste time.

The Cavs were heavy underdogs heading into the fourth straight meeting between these two teams in the NBA Finals.

Beating the Warriors on their home court isn’t easy, so if you get a chance to do it, you’d better take advantage of it. If the Cavs go on to lose the series, Smith’s error will go down as one of the biggest blunders in sports history.

And LeBron knew it.

Smith explained after the game that he knew the game was tied, but I don’t think anyone believes him. LeBron wasn’t keen on answering questions about it, storming out of his press conference after he was fed up with the line of questioning.

LeBron can recall every single possession in a 48-minute game. JR doesn't even know the score.

I keep expecting LeBron to look at the camera, Office-style, and be like "Do you see what I'm working with?"

JR Smith when he got the rock with 4.7 seconds left pic.twitter.com/NKmSyGhGVO

The pain of being LeBron. pic.twitter.com/8lCDYNtLry

JR Smith talking to Lebron after the game. pic.twitter.com/c3cCNvYrWN

LeBron is literally playing against:

In the Jordan vs Lebron debate, here's one indisputable fact… Michael Jordan never had to play with JR Smith.

LeBron on his phone… pic.twitter.com/5jiquRxg3v

Jr smith when he sees LeBron in the locker room: pic.twitter.com/ofUSGpTXti

And of course, Stephen A. Smith weighed in as only he can: