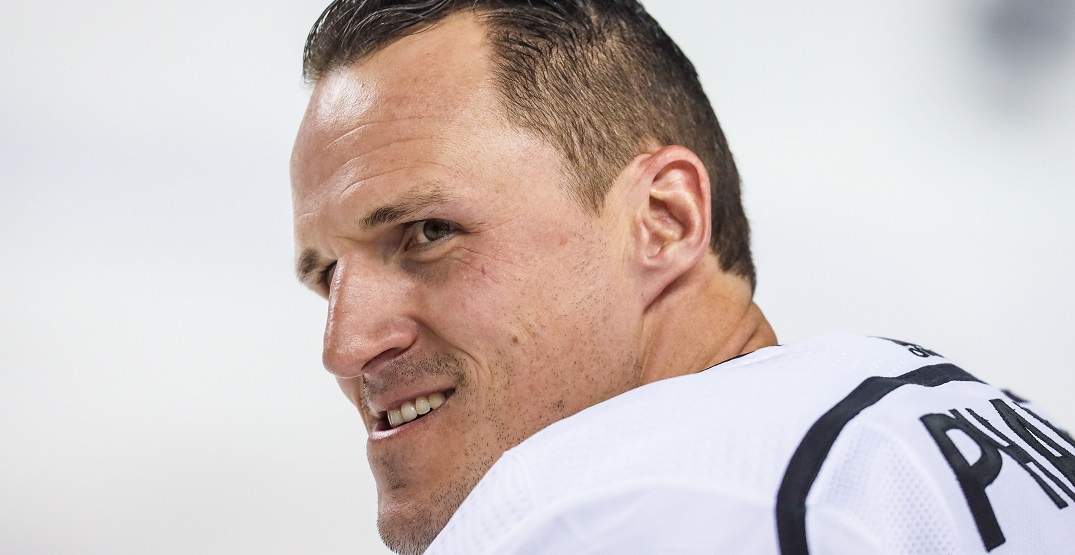 Dion Phaneuf has officially called it his NHL career, announcing his retirement on Tuesday.

Phaneuf, who was drafted by the Calgary Flames ninth overall in 2003, played 1048 games during his NHL career that included stops in Toronto, Ottawa, and Los Angeles.

The news isn’t exactly surprising, as he hadn’t played in an NHL game since April 2019 with the Kings. He finishes his career with 137 goals and 357 assists for a total of 494 points.

Phaneuf earned Norris Trophy votes on six separate occasions, finishing as high as second in voting in 2007-08. Known for his physical playstyle and occasionally booming point shot, Phaneuf put up seasons of 17+ goals in each of his first three NHL years, a rarity for the NHL.

He also finished third in Calder Trophy voting in one of the best rookie classes in league history, placing behind just Alex Ovechkin and Sidney Crosby.

But after five years in Calgary, Phaneuf was the centrepiece of one of the biggest trades of the early 2010s when he was shipped from the Flames to Toronto along with a package in exchange for Niklas Hagman, Jamal Mayers, Matt Stajan and Ian White.

Phaneuf said he was “indebted” to former Leafs GM Brian Burke for first acquiring him and then naming him captain of one of “the most historic franchises in league history.”

Phaneuf spent seven years in Toronto, with mixed results. In 2013, he signed a seven-year deal that would’ve only expired this past summer (it was bought out by Los Angeles).

By 2016, he was shipped to Ottawa as part of a salary dump during the team’s “tank year,” where they finished last place in the NHL.

As part of the team’s leadership group during a dark era of Leafs hockey, his Toronto team actually only made the playoffs once — and it was the infamous 2013 postseason where Toronto blew a 4-1 lead in Game 7 of the first round against Boston.

In Ottawa, Phaneuf saw a bit of a career resurgence, averaging the third-most ice time of any Senator during the team’s 2017 playoff run to the Eastern Conference Final.

“As I look back, it’s hard to encapsulate and thank the great number of people who supported and guided me both as a player and a person throughout my career,” Phaneuf wrote in a release. “I was very fortunate to play in the NHL for a long time, and I’m thankful first and foremost to my Mom, Dad and brother for their untiring support on and off the ice.  My heartfelt love and appreciation also goes to my wife, Elisha, and our daughter.”