The NBA had a great end to the regular season on Wednesday night.

The Golden State Warriors set a new record for most wins in a single season, beating the 95-96 Bulls’ record by blowing out the Memphis Grizzlies to finish 73-9, while just down the I-5 Kobe Bryant was lighting up the Utah Jazz in his final game.

Twitter was buzzing about basketball through the evening, but the Warriors chase for history was an afterthought. You knew coming into the game that Kobe was going to be shooting the ball almost every time down the floor, and in typical Bryant fashion, he didn’t disappoint. He went 22-for-50 from the field and finished with 60 points.

The Lakers were brutal this season, yet going into the fourth down nine points, you had the feeling Kobe had something special up his sleeve. He scored 20 points in the final quarter, including the go-ahead three pointer with 31 seconds to play. He added four free throws late to take his total up to 60.

It was a vintage Kobe performance, shooting at will, toying with Jazz defenders and freezing out his teammates (sorry, I had to take at least one dig). But it was still amazing to watch.

Injuries and father time caught up to Kobe the last three seasons, and at age 37 and his 20th season in the league, he struggled in his last year, shooting a woeful 35% from the field.

But, none of that mattered Wednesday night.

Even as Laker hater, I was rooting for Kobe to lead his team to the win. He has been a ruthless competitor, who’s will to win trumped friendships and even his reputation in the locker room.

It was great to watch Kobe ride off into the sunset with a 60-point game. He wraps up his career as the third highest scorer in NBA history – behind Kareem Abdul-Jabbar and Karl Malone, one spot ahead of Michael Jordan – and winning 5 NBA championships. He will easily be a first ballot Hall of Famer.

So, thanks to Kobe for giving us one last show, he will be remembered as one of the best of our generation.

Now, let’s look ahead to the playoffs…

The NBA regular season lacked the sizzle it has had recently in terms of competitiveness, especially in the west, where the quality of teams dropped. Squads like Dallas, Houston, and Portland were good, but not on their level from last year, making the gap between top and bottom-four in the west bigger.

Golden State and San Antonio are both great teams, the Thunder and Clippers are good, but a level below the Warriors and Spurs, while the rest of the teams will be able to enjoy an early summer after getting punted in the first round.

The East is basically Cleveland’s to lose, while teams three through eight are virtually interchangeable. The Raptors? They finished at the #2 seed, and are stuck in no-mans land. They’re better than the teams below them, but are still a class below the Cavs. 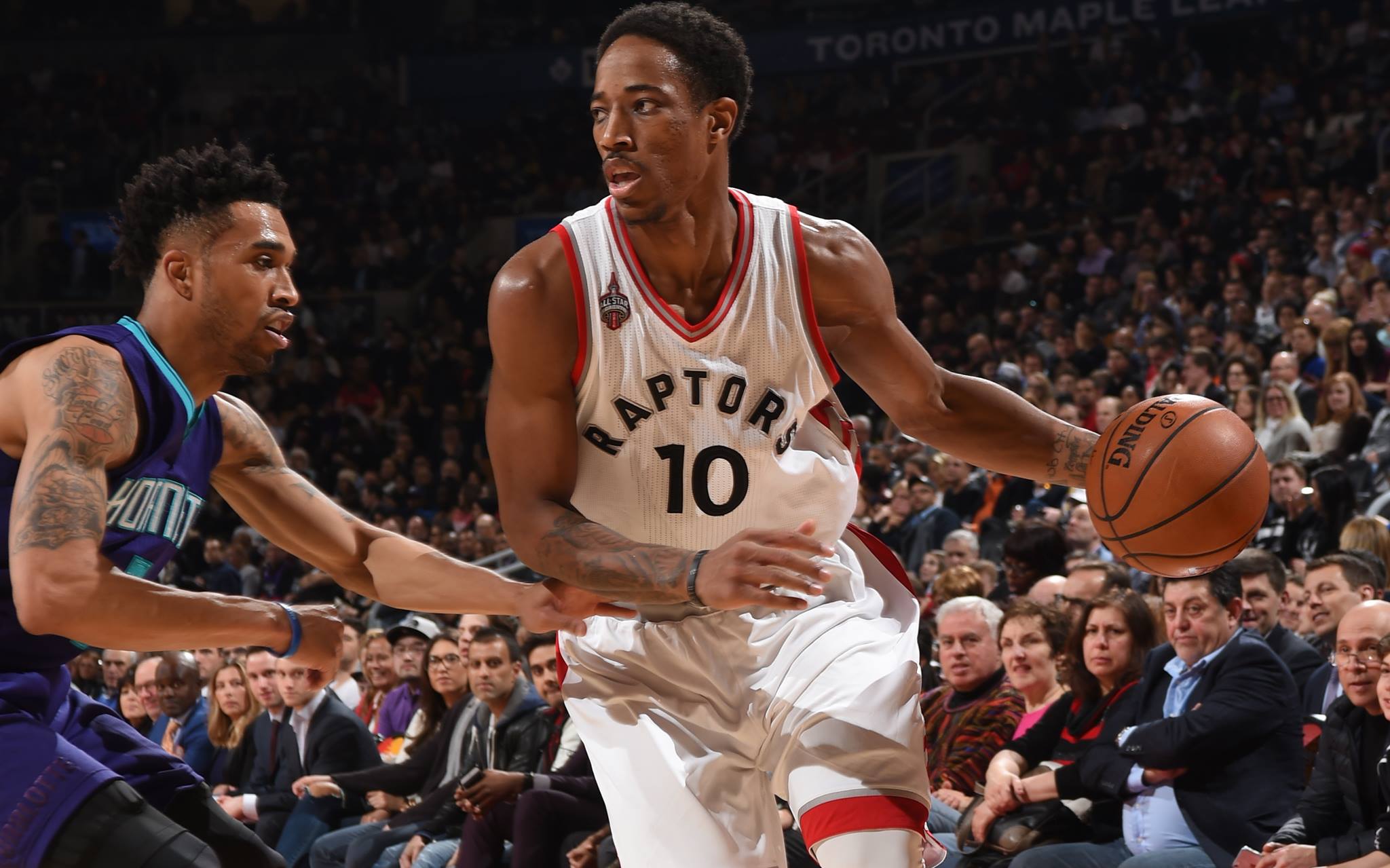 Reason: The Cavs have the best three players in the series on their squad in Lebron James, Kyrie Irving, and Kevin Love. The Pistons? they have Reggie Jackson.

Cleveland will dominate the first two games at home, but the Pistons big man Andre Drummond will go off to lead the Pistons to a win. The Cavs will close this one out at home in Game 5.

Reason: While Raptors fans are angry they’re playing the 12:40 (Eastern Time) game on Saturday, they better start to respect the Pacers. Toronto struggles in the playoffs when the defence is ramped up, and could struggle scoring as well.

The Pacers will keep this close riding all-star Paul George, but the combination of Kyle Lowry and Demar Derozan, who were the second highest scoring backcourt in the league this year, will put up enough points to lead Toronto to their first playoff series win since 2001.

Reason: This is the toughest first round matchup to predict, because the teams are virtually equal. They each finished 48-34 on the season, but the Hornets are better offensively, while the Heat were superior defensively.

It’s tough to go against Dwyane Wade, but Kemba Walker and Nic Batum are playing well. If Chris Bosh were playing, Miami would be the pick, but this series will go back and fourth, and I see Charlotte pulling off a Game 7 win on the road.

Reason: Boston is young, energetic, and has Canadian Kelly Olynyck starting at centre. Atlanta has been a perennial playoff team the last few seasons, but the combination of Al Horford and Jeff Teague won’t get it done against all-star Isiah Thomas and crew.

Not to mention, Celtics coach Brad Stevens is game-planning for the Hawks, and he is smart enough to be the next President on the United States. 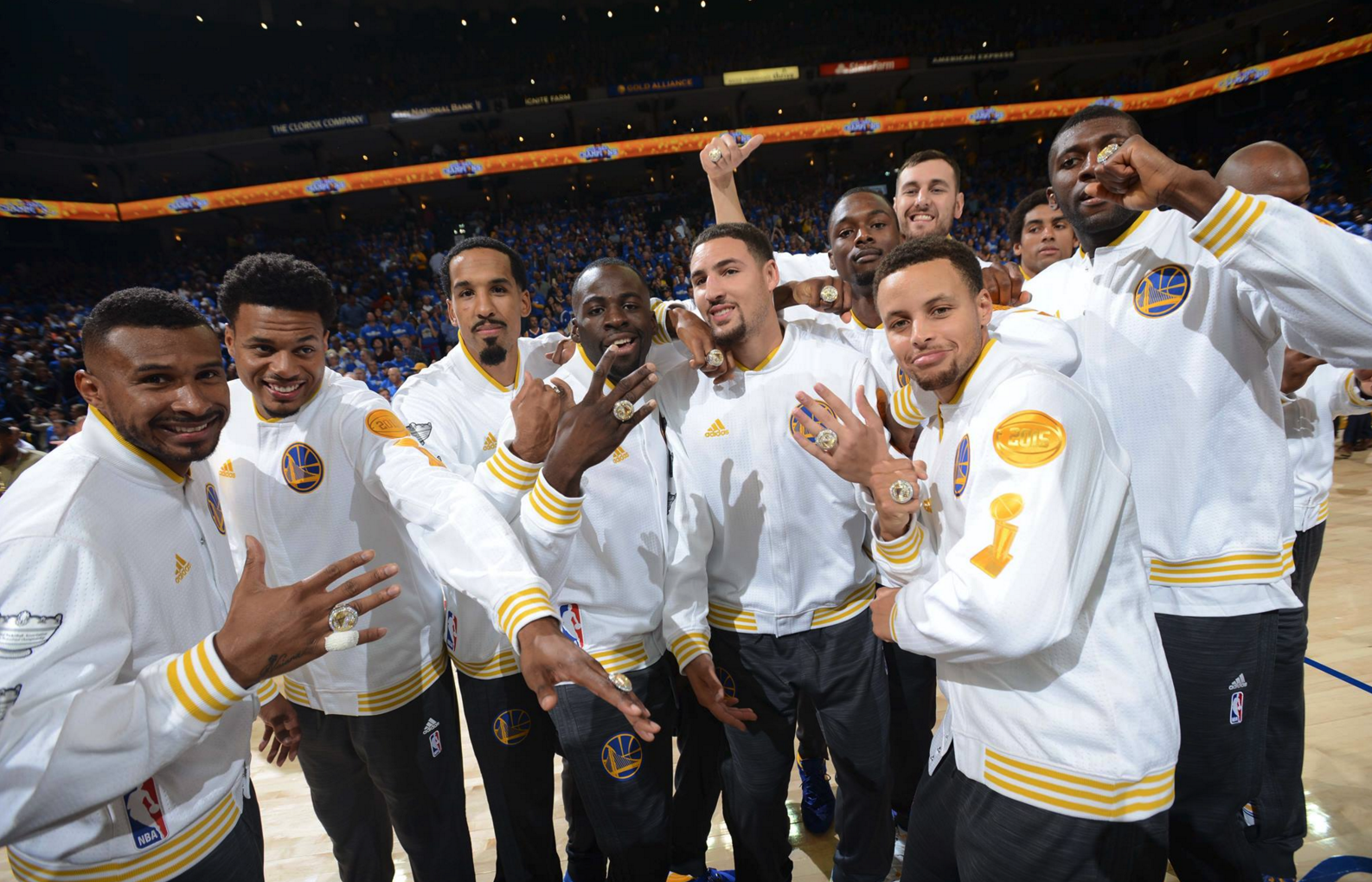 Reason: Golden State just won a record 73 games, and are better in every aspect of the game. The Rockets? They have James Harden, and the decomposing Dwight Howard.

Steph Curry will go off, the Warriors will play beautiful basketball, but they could have an off night after expending a lot of energy down the stretch to set the record. Harden will score 40 in Game 3 or 4 to lead the Rockets to their lone win. Enjoy it, Houston! After all, you fired Kevin McHale after leading your team to the conference final last year.

Reason: Memphis would’ve finished higher in the standings if not for missing Marc Gasol, Mike Conley and Tony Allen, but their current roster will be no match for San Antonio, who were the second best team in the league all year. Leonard, Aldridge and longtime Spurs Duncan, Parker, and Ginobilli will dominate this series.

Reason: Another squash match in the west. Durant and Westbrook rill run roughshod over Deron Williams and Wesley Matthews. It’ll be nice to see Dirk Nowitzki put on a vintage performance at home when the Mavs win their lone game, but Dallas has no chance at making this series competitive.

Reason: The Clippers are fully healthy will Blake Griffin back, after missing 45 games due to breaking his hand by punching a team assistant repeatedly.

Damian Lillard will lead the Blazers into this one, who shocked many people by making the post-season after losing Lamarcus Aldridge and Nicolas Batum. The combination of Griffin, Chris Paul, and Deandre Jordan will be too much for the young Blazers, but look for Lillard to light it up a couple of times, keeping Portland close.