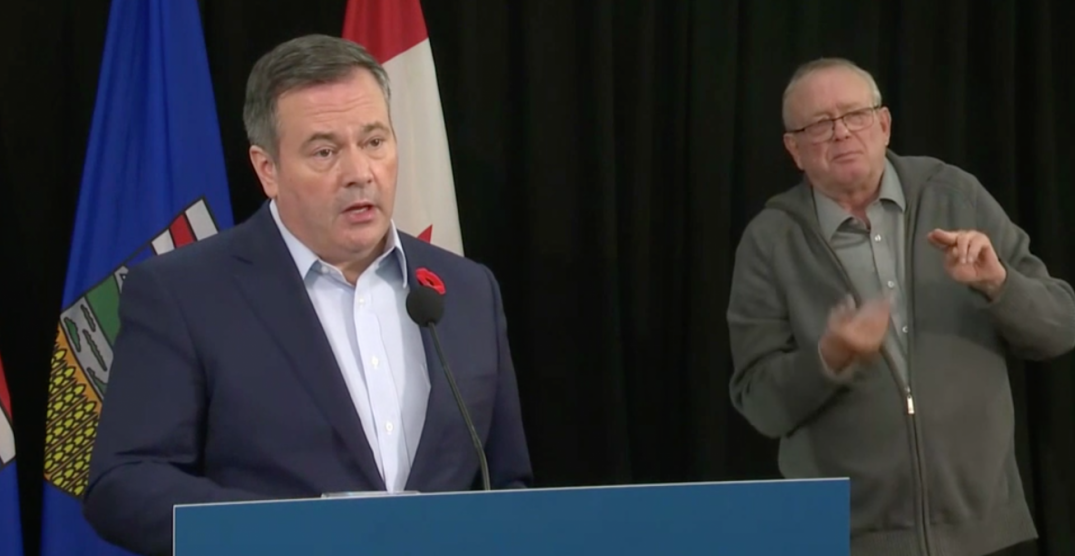 Alberta Premier Jason Kenney asked people living in Calgary and Edmonton Friday to immediately cease hosting guests in their homes to stop the spread of COVID-19.

Gatherings in private residences have been a key driver of spread lately, as Alberta reported another 609 new cases Friday. Kenney said 40% of active cases in Calgary and Edmonton were acquired either through household contacts or at home-based gatherings.

“Now just is not the time to host parties or large extended family dinners,” Kenney said, adding, “people let their guard down at home.”

He asked residents in Alberta’s biggest cities to “press pause” on inviting over people outside their core family or household.

He acknowledged that such an ask will mean sacrifice.

“People will say the government has no business telling us who we host at home. I understand that reaction,” he said.

But he added stopping house gatherings is essential to slowing the spread.

“If we don’t take these kind of simple measures and modest sacrifices to social life, the cases will continue to grow, to a point where they grow out of control to a point where the only options are far more impactful on people’s lives and livelihoods.”

Dr. Deena Hinshaw apologized to Albertans with weddings or other events planned this weekend who will be immediately impacted.

“It will take all of us working together and being as careful as possible to reverse this trend,” she said.