Canadians have been looking to their leaders during this troubling time.

Legislation has seen rapid changes, public health acts have been announced, and residents have been tuning in to near-daily updates from their premiers over the course of the COVID-19 pandemic.

An Angus Reid Institute survey found that all of Canada’s provincial leaders saw an increase in approval rating over the past few months, though some have seen a much larger bump than others.

Ontario’s Doug Ford more than doubled his rating between February 20 and May 20, jumping from 31% to 69% during the pandemic. 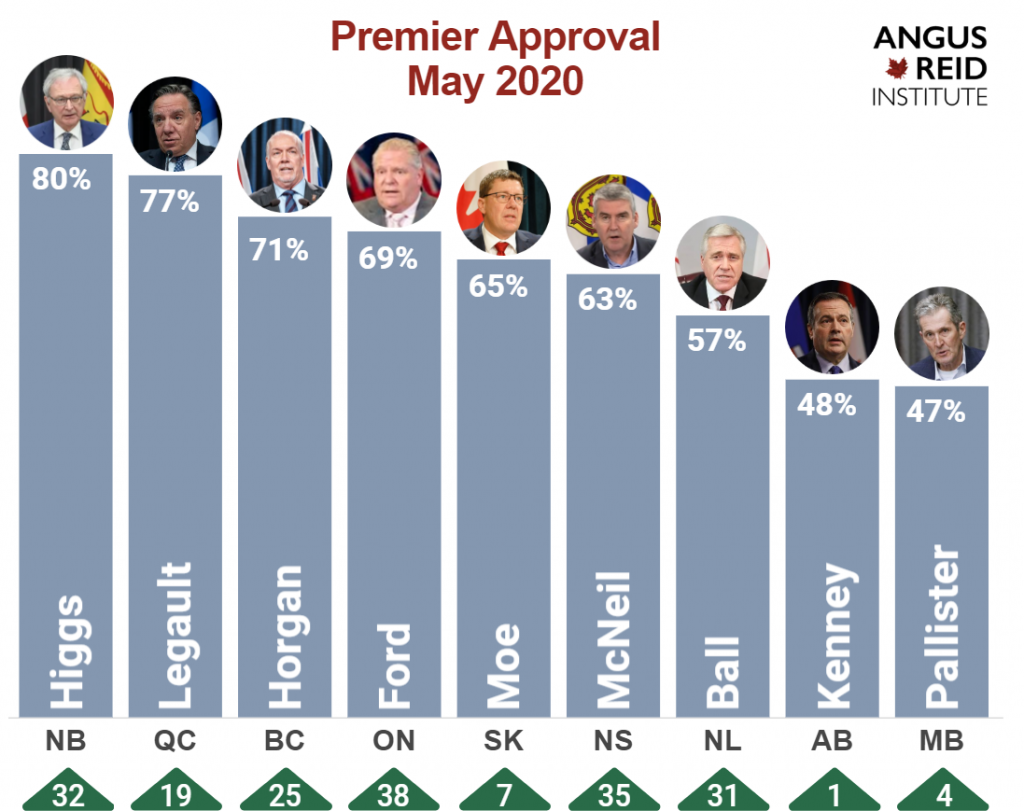 Alberta’s own Jason Kenney is on the other end of the scale, however, having gained just 1% in approval rating during the coronavirus pandemic.

At 48%, he comes second-last only to Manitoba’s Brian Palliser, who saw his own approval rating bumped by 4%. 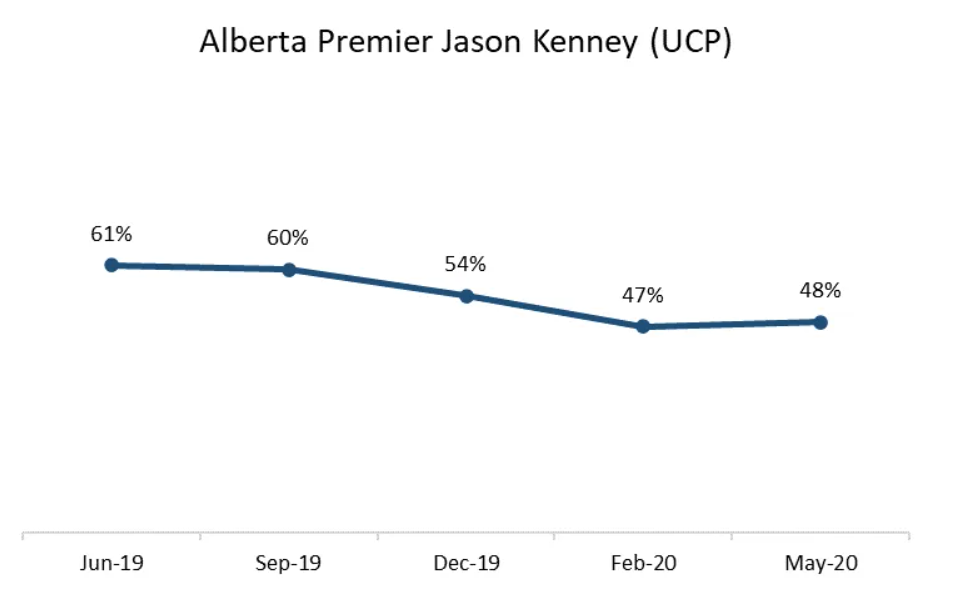 Prior to the global health emergency, Kenney had been sitting fourth-highest on the list with an approval rating of 47%.

The online survey had been conducted between May 19 and 24 to a sample size of 5,001 Canadian adults.