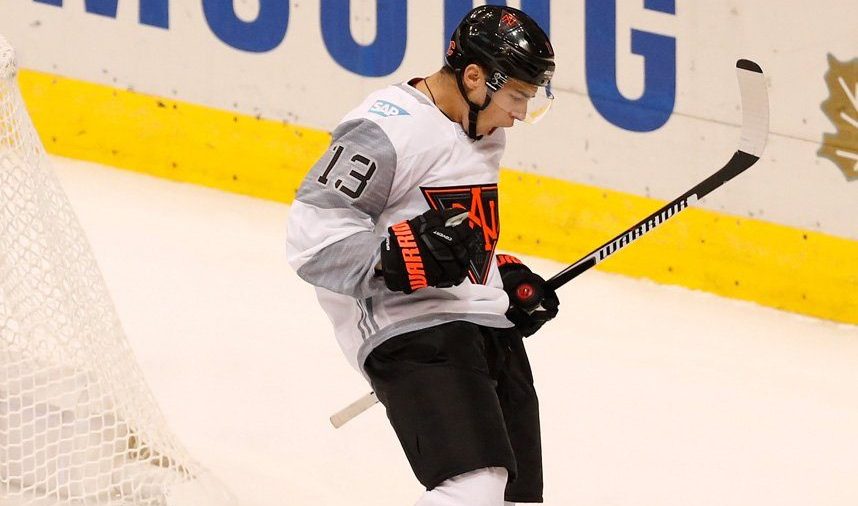 That’s what this World Cup of Hockey was for Johnny Gaudreau. In three games with Team North America, the star forward for the Calgary Flames has made a clear impact in his first ever ‘best-on-best’ tournament.

Johnny Gaudreau continues to impress. He's been every bit as good as Matthews and McDavid in this tournament for TNA.

Gaudreau’s four points has him tied for the lead in the World Cup scoring after the preliminary round. He’s scored two goals, and directed 10 shots on goal in the tournament. Safe to say, Johnny Hockey has been noticeable out there.

In the tournament opener against Finland, Gaudreau picked up the insurance goal early in the second period. Positioned well in front of the net, Johnny redirected a shot by Colton Parayko past the goaltender for a 2-0 lead, and his first point of the tournament.

In the game against Russia, Gaudreau’s lone point was an assist on Morgan Reilly’s goal late in the 2nd. That goal started TNA’s comeback, which ultimately fell short due to strong goaltending by Sergei Bobrovsky.

In their most recent and most important game of the tournament, North America took on the undefeated Swedes. With TNA needing a win, Gaudreau stepped up. After missing a penalty shot earlier in the game, he used his speed to create another breakaway for himself. This time he made no mistake.

After Sweden tied the game back up, the game went to overtime. In a frantic 3-on-3 frenzy, Gaudreau managed to find the puck along the boards and send it out front to a wide open Nathan Mackinnon, giving him all sorts of time to pull off the move of the tournament.

THAT'S how you finish a hockey game. #TeamNA #WCH2016 pic.twitter.com/RgcF3ZSxEa

Gaudreau has been nothing short of outstanding through three games at the World Cup, and the fact that he’s been able to perform this well despite still not having a contract for the upcoming season makes it that much more impressive. The kid just produces.

With Russia defeating Finland on Thursday, North America will finish in third place and will not advance, despite their 2-1 record. Nevertheless, Gaudreau and the rest of the team can head home from this World Cup knowing they made quite a first impression.