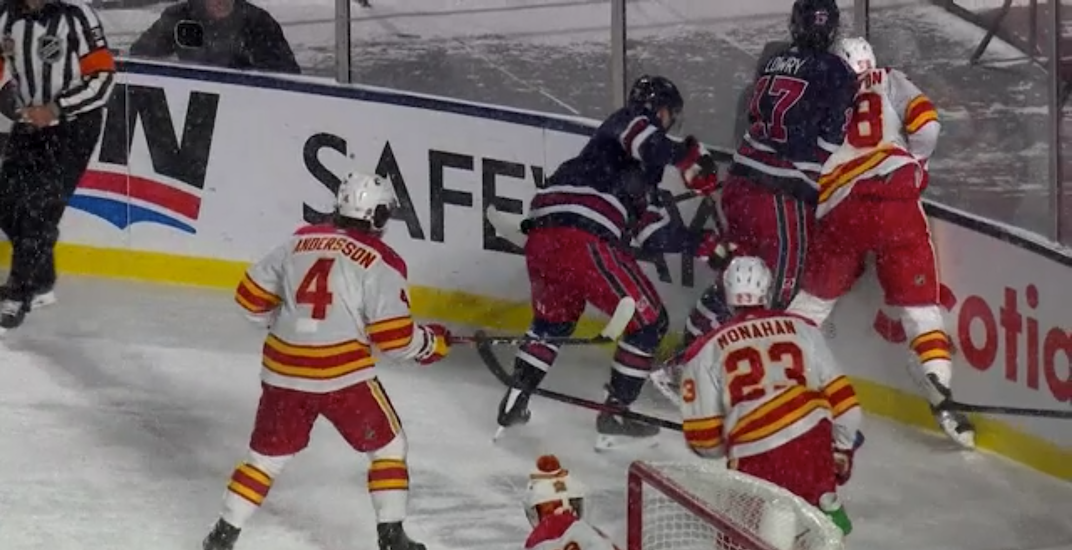 The incident occurred near the end of the second period of the Heritage Classic in Regina on Saturday. As snow fell from the sky in the outdoor game, Lowry drilled Kylington from behind into the end boards and was assessed a minor penalty for boarding.

As Kylington lay on the ice, Flames goaltender David Rittich raced to help him, shielding the Flames defenceman from the mass of players in the nearby scrum.

Lowry, who is considered a repeat offender by the NHL, will forfeit $71,138.22 in lost salary while he is out.

Luckily for the Flames, it looks like Kylington is going to be alright, as he suited up for practice on Monday, according to Sportsnet 960’s Derek Wills:

#Flames lines and pairings at practice:

Following the 2-1 OT loss to the Jets, the Flames will play four straight on the road, beginning Tuesday in Carolina.