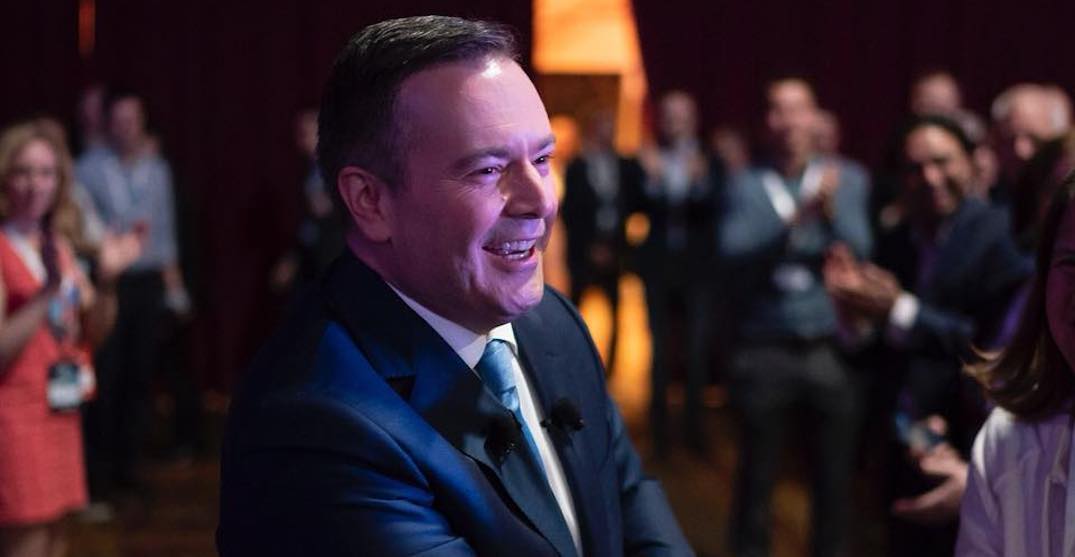 The first time Alberta’s new premier was featured in the Angus Reid Institute’s premier ranking found him third from the top, just behind Quebec’s François Legault and Saskatchewan’s Scott Moe.

The survey determined that Kenney has the approval of 61% of residents, after taking a representative randomized sample of 608 Albertans, overall the survey sampled 5,807 adult Canadian residents.

The institute did note that the high rating may be a result of Alberta still being in the “honeymoon stage” of their new government, as five of the most popular premiers are not yet two years into their first terms. 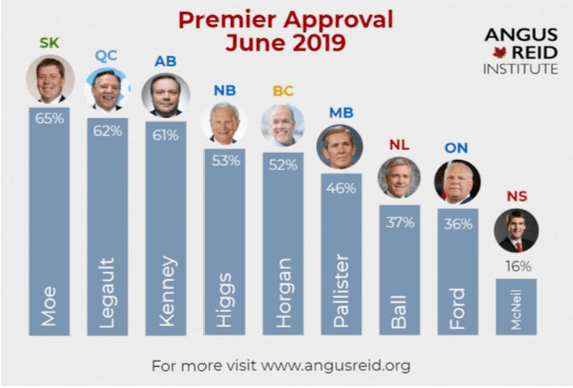 Kenney has joined Moe — who has a 65% approval rating — in a fight against federal carbon pricing, with Kenney having introduced the Carbon Tax Repeal Act as his first move as premier.

BC’s John Horgan, one of the Trans Mountain Pipeline’s staunchest opposers, sits in fifth in the country at a 52% approval rating — four points higher than where he began when he took office in September 2017.

According to Angus Reid’s numbers, Kenney faces a disproval rating of 36% while the remaining 3% “can’t say.”

With files from Ben Barak