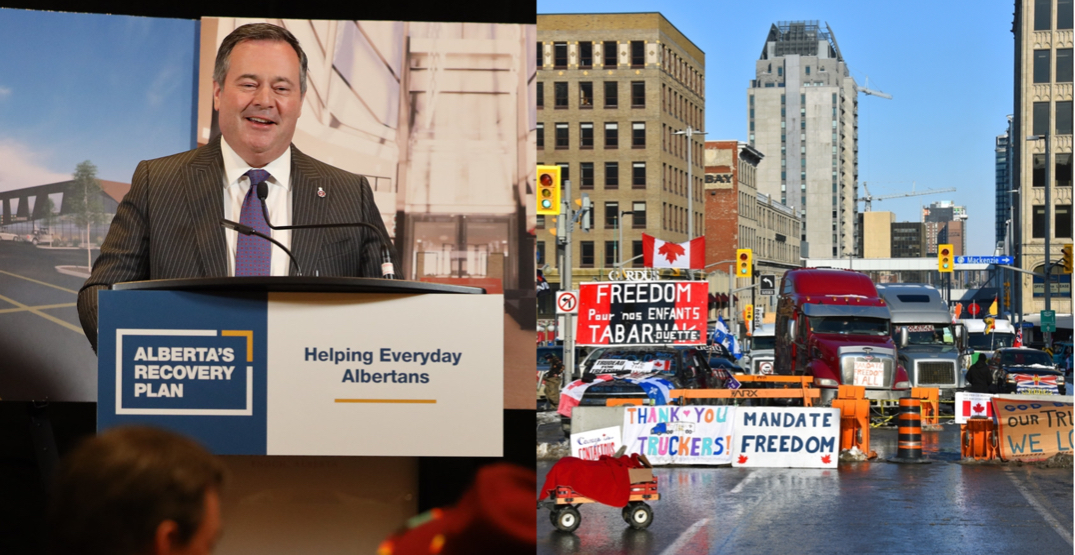 Premier Jason Kenney is touting Alberta’s involvement in the public inquiry into the federal government’s use of the Emergencies Act earlier this year.

Canada’s Public Order Emergency Commission is investigating why the Liberals invoked the Emergencies Act for the first time in the country’s history this past February.

The Commission was established by the Governor in Council on April 25, 2022, and intends to conduct an independent public inquiry as required by the Emergencies Act following the declaration of a public order emergency by the Government of Canada on February 14, 2022.

On Tuesday, the province announced the Public Order Emergency Commission granted Alberta full standing to participate in the public inquiry.

That will allow the province to participate in the investigation process and public hearings, including reviewing the circumstances that led to its invocation.

“The federal government’s invocation of the Emergencies Act was an unnecessary and disproportionate measure that intruded on provincial jurisdiction, violated civil liberties and created chaos and uncertainty across the country,” Kenney said in a news release.

“I am pleased that Alberta will be heard when this dangerous decision is examined by a public inquiry.”

Alberta will also develop policy recommendations that would help ensure any future use of the Emergencies Act does not violate provincial jurisdiction and unjustly infringe people’s rights.

The province will also appear before the Federal Court to participate in the constitutional and non-constitutional issues raised in legal challenges against the federal government.

All documents about the Commission’s inquiry can be found on the Public Order Emergency Commission’s website.