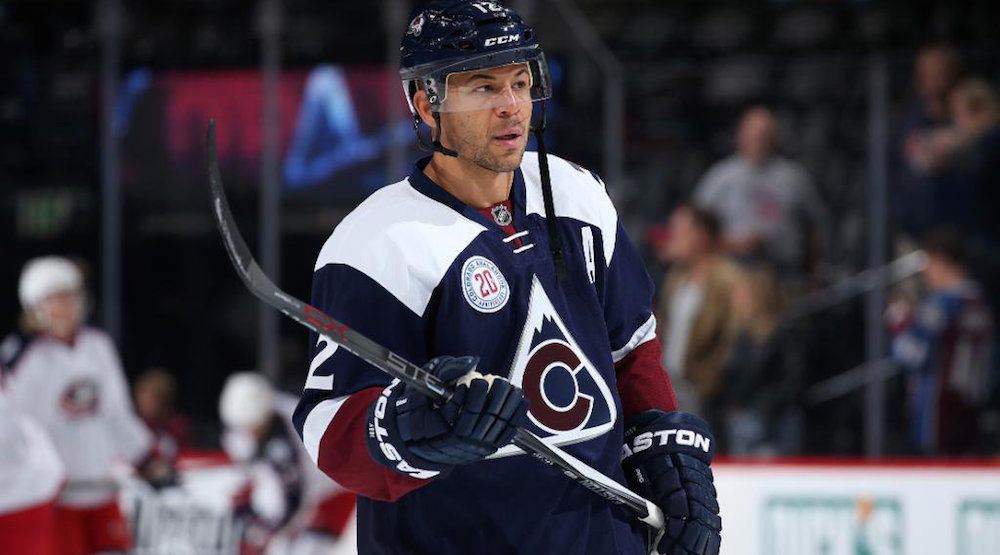 The writing is on the wall for Jarome Iginla in Colorado.

Nothing has gone right for the Avalanche this season, who are a dismal 13-33-2 this season. Their record has them dead-last in the NHL standings, a full 10 points behind 29th-place Arizona.

It’s painfully obvious that things need to change in Colorado, and it’s just a matter of time before they sell off aging veterans on expiring contracts.

And Iginla knows it.

“I would like to, at the deadline, go somewhere,” Iginla told Josh Cooper of Yahoo’s Puck Daddy blog.

It’s not very often that a player admits to welcoming a trade, but in this case it’s so obvious that it hardly matters.

The 39-year-old winger hasn’t got long left in his hockey career, and the Avalanche are a long way away from winning again.

It’s interesting to note that Iginla mentioned wanting to be in the playoffs rather than be on a Stanley Cup contender. You have to think that a move back to Calgary, who currently hold down the last playoff spot in the Western Conference, would be welcomed by the all-time leading scorer in Flames franchise history.

But he scored 22, 29, and 30 goals in his last three seasons, respectively. There could still be gas left in the tank. He just needs a jumpstart.

A move back to Calgary would not only energize the fan-base, it would energize Iginla.

Iginla is in the last year of a contract that carries a no-movement clause. That means he can veto any destination that’s not ideal. Would he veto Calgary? Doubtful.

The question is whether the Flames want him.

Iginla’s contract carries a $5.33 million cap hit, so numbers would need to be massaged. Acquiring him at the deadline eases that burden, as would the Avs holding onto part of his salary in a trade. Iginla wouldn’t have to play a starring role, but rather would provide size, grit, leadership, and skill on their third or fourth line.