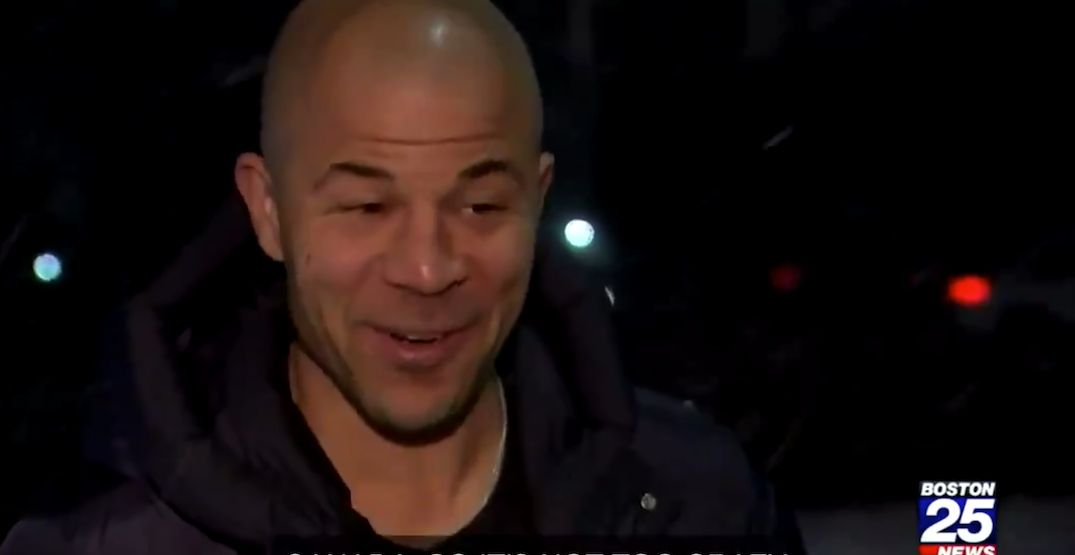 A familiar face to many Canadians found himself in front of a camera again over the weekend, though this time Jarome Iginla wasn’t doing an intermission interview.

He was instead commenting on the snowstorm that had hit Lexington, Massachusetts on Saturday, close to where the Hockey Hall-of-Famer now lives with his family.

The former Calgary Flames captain was seemingly unrecognized by the Boston 25 News reporter, as the news clip failed even to name the NHL legend.

Iginla took the interview in stride, commenting on the snowfall as a “man from Canada” all while sporting a knowing grin on his face.

“I like the snow, I like the winter, but not necessarily this. Maybe a little too much,” Iginla said.

“Pretty tough, we’re from Canada, so it’s not too crazy, I mean we got some winter tires. Used to this growing up so, it’s not great, I’ll tell you, you get some tough stretches, but if you don’t go too fast it’s doable.”

Iginla was born in Edmonton and raised in St. Albert. He played 21 seasons in the NHL, including 17 with the Calgary Flames and one with the Boston Bruins.

Calgarians couldn’t help but have some fun with the situation on Twitter:

I would like to know Weather Expert™ Jarome Iginla’s opinion on today’s 14C temperature in Calgary, Alberta. https://t.co/eMlSoQ0V5D

This is awesome. Every TV station in Calgary and Edmonton is airing that clip on the local news. Jarome Iginla is so modest in this interview. It’s a “How to be Canadian” moment.